Stinque
Home Latest Comments Log in
If it smells, we’re on it.
Stinque
Assholes, they do vex us.
Gods Walk Among Us

Why We Still Miss Defamer 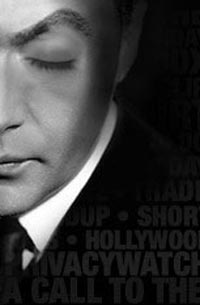 Mark Lisanti went on a Twitter tear Thursday, following the (officially denied) rumor that Jay Leno would be returning to the Tonight Show, bumping Conan O’Brien back to post-midnight. Let’s watch the keeper of the Giant GrazerHead at work!

Perhaps out of psychological self-preservation, I’m for now choosing to believe that TMZ’s wrong about the Leno/Conan thing. No. Nono. No.

THIS JUST IN: Leno to get chair next to Conan, “to chime in whenever he feels like he has something to add.”

Oh how I miss Lisanti and Defamer that was! I’m actually pretty out of the loop with celebrity/entertainment news now because I refuse to consume it without a delicious coating of snark.

@SanFranLefty:
you know, he always set off my gaydar. I believe it.

I may never be the same.