Stinque
Home Latest Comments Log in
If it smells, we’re on it.
Stinque
Cassandra was right.
Asploders Syndrome 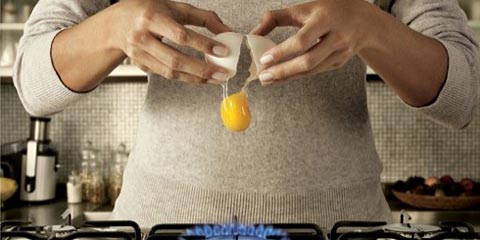 We’re starting to worry about an amnesia virus that’s plaguing our political leaders — two New York mayors have succumbed to it, and now Michael Steele seems to be infected:

Steele must be recalling his famous quote from last year’s election for RNC chair:

Problem is, we can’t find it — instead, Steele tells Sean Hannity, “I want the gig.” And somebody must have been impersonating Steele back in November 2008, when he “announced his candidacy for the position of Chairman of the Republican National Committee.”

Won’t you give generously? A mind is a terrible thing to rot.

You’re assuming Mikey had a working mind to begin with.

WTF is that supposed to mean anyway? Did a gang of six GOP officials grab him while he was walking down the street, throw him in the back of a van, put a hood over his head then take him out to a remote location and put a gun to his temple and force him to sign papers accepting the job? Did they threaten his family?

I mean it’s a stupid claim on its face.

These people will say anything to regain power – look at Rudy this morning. Lying is second nature, and as most of them are sociopaths, this makes perfect sense.

Apparently, he wanted the job so little that he was willing to bribe members of the RNC to vote for him…

The “I didn’t want the job” line is *almost* as stupid as the “I wrote the book in 2008” line, which is apparently patently false. (The book focuses on events in 2009, so either Steele’s the best psychic or the worst liar in the world.)

On a more serious note, is this the ultimate result of a party that lies so hard and so often that they literally lose touch with reality?

@blogenfreude: Your earlier remark is right on the money: It’s George’s fault for not calling out Rudy on such an obvious whopper. Sure, George later covered his butt. On his blog. Not on live network morning television.

We expect politicians to lie. We don’t expect journalists to be enablers.

@al2o3cr: is this the ultimate result of a party that lies so hard and so often that they literally lose touch with reality?

You need a degree of awareness to lie — but that gets confusing, since you’re now juggling fact and non-fact in your head. Much easier to just believe the lie, and be done with it.

Or, to get fancy: Auto-Orwellian Fantasies.

@nojo:
or to have utter disregard for the truth and not even worry about it.
that seems to be what the Rs do most of the time. why worry about “truth” when you can manufacture your own with a couple of blog posts.

@Capt Howdy: why worry about “truth” when you can manufacture your own with a couple of blog posts.

But while folks are piling on Politico for being Cheney’s Facebook page, this has been going on so long, I forget when it started. Soon as the R’s figured out they could game journos, journos have been only too happy to be gamed. Fact-checking is such a chore.

@nojo:
last night I saw Ron Christy (heh, I couldnt remember his name so I googled “black cross eyed former cheney aid” – try it) anyway. I couldnt believe what they let him get away with. I cant believe I even waste the time on Tweety but, anyway.

on Tigger someone just sent me this

oooh I just realized my Pooh reference could have other interpretations.
but it should not. its all Pooh.

@nojo: That’s how they show they’re “objective” journalists – they present two sides of an issue: Reality, and RepublicanWorld

@SanFranLefty:
even if there is, in fact, only one side.

@nojo: I had a great headline for an item on that imbroglio that work prevented me from completing. I am sure they’ll be another opportunity soon

there are some stunningly stupid people in the world

@nojo: We expect politicians to lie. We don’t expect journalists to be enablers.
You’re way less cynical than I am, Pollyanna.

Srsly, you may want to put on a diaper before you watch this.

@nojo: Journalists are enablers, which is why my No. 1 news sources are stinque and the Stephanie Miller Show.

I had to call a magazine in New York one time and who should answer but a girl whose top fell off in the production of “Bye Bye Birdie” we did one summer at Ancestral Home High? I saw her run off from my spot behind the tympani but missed out on why.