Stinque
Home Latest Comments Log in
If it smells, we’re on it.
Stinque
Assholes, they do vex us.
Beckistan

Glenn Beck Fulfills Resolution to Make One Sane Comment in 2010 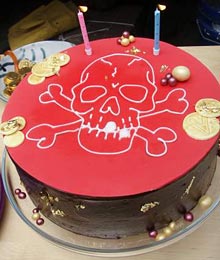 Enjoy it while it lasts, folks:

Today there is a concerted effort on all radio stations to get Birthers on the air. I have to tell you, are you working for the Barack Obama administration? I mean, that’s the dumbest thing I’ve ever heard…

I know it’s way out on a limb here. But as the guy who the media says is the king of conspiracy theories, all I do are forward conspiracy theories, let me forward this conspiracy. He was born here because it seems a little unlikely that somebody planted the birth records, okay, a little unlikely, in the newspapers. Now you would say, well, then why doesn’t he just produce? Good question. That one kept me up for minutes at a time, minutes.

Well, that was nice. But word to the wise, Glenn: Keep that up and we’ll take back your Stinque Award.

Meanwhile, Tweety questions whether Obama should be basking in Hawaii while the country is snowbound.

Hey! It was totally 70 Degrees out here a couple days before Christmas! I had to wear a windbreaker!

@nojo: Fuck you, Tweetfuck. What you’d give to be pestorking Michelle on the beach, the surf pounding all around, her beautiful hands ripping fistfuls of fur off of your back, yeah, the periodic motion provoking volcanic eruptions, the shrieks and howls of passion driving whales wild for thousands of miles away, yeah, a real fucking vacation. What an asshole.

@nojo: Hey, it snowed in Dallas on Xmas Day!

Republicans crying wolf, good thing, someday, soon, mojo will be all used up.

@Promnight: soon, mojo will be all used up.

Which leaves you with “nojo”. Let’s not go there.