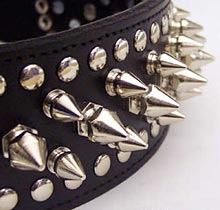 We blew our Aristocrats reference last week, so we’re stuck with something more mundane:

TVNewser has learned ABC News canceled the concert after Lambert’s sexually charged performance at the American Music Awards Sunday night. Lambert led men on leashes, dragged a woman by her foot, and smashed a man’s head into his crotch, all while singing his new single “For Your Entertainment.”

Just as quickly as ABC dropped Lambert, CBS picked him up for the Early Show, so you still have an alternative to Carl Kassel’s farewell tour. Although we’re reliably informed that you can see this kind of thing on Fox & Friends any given morning.

That doesn’t even make sense. How would Lambert get that glittery gay Rube Goldberg machine that was the set for his performance into GMA studios? And why would he do that same performance again a couple of days later?

They couldn’t drop him before? I mean.. did anyone ever look at him? Chorus boy from 4th bus-and-truck of Cats. After its 9th year out.

Sorry, noje. But you know what I mean. Not everyone who plays Rum-Tum-Fuckass can be as good as Nigel Jockrot. It’s just not possible.

Don’t be bitter. I’m sure you would have been fabulous in Cats . Except for the dancing and singing parts, that is. Not just anybody got to put on tights and play kitty. Just the specifically talented ones.

TJ/ anybody have a good recipie for steaming lobster in beer (I’m looking at you, Prom, though i’m sure the rest of you have good ideqs as well)? I wanna wow my mother-outside-law on Thanksgiving.

@Tommmcatt is hunkered down in the trenches: I’ve been totally jonesing for Dungeness crab for Thanksgiving Eve dinner and your mention of lobster has just made it worse.

@Nojo: I’m nominating Tommy’s “Not everybody gets to put on tights and play kitty” for the next Tweet.

@Tommmcatt is hunkered down in the trenches: Put beer in pot. Add bouquet of herbs. Take live lobster in hand. Beg its forgiveness. Also the forgiveness of its life-partner Aileen. Put in pot with cold beer and bring to boil. Put heavy weight on pot to stop it escaping. Play latest Adam Lambert CD very loud to cover sounds of shrieking from pot. When all struggles cease take from heat and set aside to allow flesh of lobster to relax from death rigor. Serve with drawn butter. Enjoy.

And PS. I never did that kind of stuff. I think you have me confused with pedo. I was strictly legit. I wouldn’t give Sarah Brightman the time of day (kidding Sare. Call me. Kisses! Mwuh!)

@SanFranLefty: I’ll have to think about it. Mellbell took an early lead today.

@Tommmcatt is hunkered down in the trenches: Thank you for explaining Benedick’s ref—

Hold on. Amazon’s pitching me “The Mr. & Mrs. Happy Handbook” by Steve Doocy. Does it include advice from Mr. Penis and Mrs. Vagina?

@nojo: Can those of us out of the loop get a link?

@homofascist: Or did you mean Mellbell? I’m a sucker for a good Exorcist reference.

You know, I think those breastplate, squeezed tits frocks are rarely successful. If you actually have tits. They look so uncomfortable. The fabric and line are elegant but it might have been better with a less bombastic treatment around the chesticles. It somehow shoves them in your face while at the same time diminishing them. I would have to say I find this provincial. Of course she has her own grace and style which does much to mitigate it but still…

Naturally, had I been invited I might have had a very different impression but as I wasn’t…

@Tommmcatt is hunkered down in the trenches: Tommcat, Maine lobster? You have a source for live maine lobster? Make sure they are lively.

No need for beer, I wouldn’t do it. Salted water. Like for boiling pasta, bay leaves are good, though, justs a few.

Lobsters go through a periodic moulting, when they shed their shell, and then grow a new one, a bigger one, to grow into.

When the shed their shell, they pump up their flesh with water, expand themselves like a balloon, so the new shell will have room to grow into. A lobster that has shed recently, will have a softer shell, it will give a little when you pick it up and it will be noticeably less dense, it will weigh less than a lobster that has not recently shed. When you go to eat it, you will find little bits of watery meat inside shells that are noticeably too big.

It may be impossible for you to find the good, hard shelled lobsters bursting with meat, they are diverted off to the high end restaurant trade. You only have a chance at the good stuff at a really good seafood purveyor. The lower end ones will pretend they don’t know what you are talking about if you ask about this stuff, by the way. Around here, the soft, recent shedders are cheap, $5.99 a pound, the good ones will be above $10 a pound.

Now, cooking them the thing is to do it fast. You can boil them or steam them. Unless you have an outrageously hot stove, and a big pot, you can’t steam them at home if you are cooking more than one or two. You want them to steam fast, and if you put a few lobsters in a pot with a half inch of water (thats how you steam) it will take too long unless you have professional level BTUs coming from your stove. You are better off getting the biggest pot you have, with a lot of water in it, and getting it to a roiling boil, and the more lobsters, the bigger pot you need.

You do not want to have the lobsters, being cold, to bring the water temp way down, and then take it a long time to come back to a boil.

General advice: Biggest pot you can get your hands on, salted water, to the point its like seawater, and make sure it stays boiling the whole time, which is only possible if you have a big-ass pot of water, like a turkey fryer on one of those outdoor propane boilers, going at mad frenzy level.

Its not easy to boil more than 3 or 4 at a time at home, unless you use multiple pots. The thing is, again, cook them fast, don’t put so many in the pot, so many that it lowers the temperature and it takes it 20 minutes to come back to a boil. Its like cooking pasta, you want the water to stay boiling.

If I were serving lobster to more than 6 people at home, I would go with broiling rock lobster tails, easier to do, though they are not the sublimest of lobster, the maine lobster.

Just poking at you! I stand in awe of anybody that was able to mskethe theatre their life, so of course I must mock you constantly. My ego demands no less!

@Tommmcatt is hunkered down in the trenches: Well of course, darling. I mock me constantly. So must you.

PS. prom’s lobsterarium is masterful. He has lived among the Guidos and learned their ways. I did not know that about the soft/hard shell. I wonder, are the soft shells on their honeymoon?

@Promnight: But do Maine lobsters have a B-52’s song about them? No, no, they do not.

figures he’d think so and be sooo emphatic about it