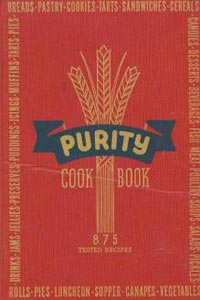 Items planned for auction on eBay and elsewhere to raise money for the defense of Scott Roeder, who will be tried in January for the murder of George Tiller:

Any resident legal experts know if the “Son of Sam” law applies to this? Given that most of the items are from *convicted* felons, can the state turn around and seize the money?

@al2o3cr:
i believe son of sam is only good in new york, but i could be wrong.
so if you’d like to get published, it’s best to not kill someone there..
or texas, where you’ll be executed before chapter one is finished.

@ManchuCandidate:
i LOVE that show !!!! i’m pissed i missed the season premier last week. another programming note: nip/yuck, new season starts wednesday…
the only thing i don’t like about living here–no tivo, the horror!

@baked:
I do too, but the fucking bastards in Canada City who had it no longer carry it so I’m reduced to watching it on the net. Much like the Venture Brothers.

@ManchuCandidate:
the episode you wikied is great, and that was before danny devito was in it. the show just keeps getting better. my personal fave is the scene in the restaurant when the mother tells danny that the twins aren’t his…pee your pants territory!

@ManchuCandidate:
no! don’t you remember, they meet their real father? tall and blonde like them, and a Christian do gooder?
also a fave, the gay bar episode, and the asian gambling in the basement..
just when i thought i was going to have a productive day…thanks manchu, i’m seizing the diem, it’s going to be a Sunny day!
oh and the cocaine episode? hee-larious!

@ManchuCandidate:
i was just beating up JNOV a few days ago about this show,
(WHAAAAT? you never saw it?)
you heard it here first, this show will be a cult phenomenon one day, so many are still unaware of it, 5 years later.

speaking of murderers and TV shows the new season of Dexter is getting awsum.
I am starting to think they are going to kill off Dexters new wife in this season. in fact I think I will make that a prediction.

@Capt Howdy:
DEXTER! what our world needs more of.
i’m completely serious.
anyone not watching this? start! i didn’t think michael c. hall could pull off going from a gay undertaker to a serial killer (who only kills bad people and works as a CSI) but he’s a very talented dude. don’t you think that in our saggy justice system, having more dexters pulling up the slack would be excellent?

@baked:
totally. best show on TV. what do you think of my theory. Rita has been reeeeeeally annoying this season. plus with last nights episode she has started being a real obstacle. think they will let the Trinity take Rita and make Dexter a single parent. like Harry?

@baked: plus
IMO if you are new to Dexter you should absolutely go back and watch the first three seasons and not start with this one.
getting here was a very interesting story.

@Capt Howdy:
i agree, i can’t believe rita is still alive, very annoying idiotic person, who should have been put down in season one.

@baked: @Capt Howdy: I can’t watch Dexter because when I did watch an episode once on the advice of a friend, I kept waiting for him to be gay. So I kept getting confused. He will always be 6FU gay brother to me, it’s really a shame. I want him to the the 6FU gay brother, but who is now a CSI guy and a serial killer. See, I think that would totally work. And because Dexter seems not to be that character, I can’t watch the show.

I was going to say this next thing was a TJ, but I guess instead it would be TJ #2: I’m gonna be on the radio today! http://www.radiosandysprings.com/ at 3pm talking about travel!

@RomeGirl:
I loved 6FU but IMO he was born to be Dexter.

@baked:
I absolutely loved her “giving Dexter a ride to work” scenes.
blasting Boy George and singing along, when Dexter says he needs to stop and get coffee saying “you had coffee at home la la la la la”.

omg. if it had been me I would have killed her on the spot.

@RomeGirl:
i’ll tune you in!
i haven’t seen the Famous Last Episode of 6FU, that reportedly made women faint and grown men cry. yes, i’m in denial that the show is over…i’m saving it!

@RomeGirl: Same here with 6FU and Michael Hall. My kid loves Dexter, but he wasn’t into 6FU like I was/am (I’m rewatching the series thanks to Chinese copyright infringement!)

Would love to hear you on the radio! So looking forward to it!

Oh, and Krause was blech on “Dirty Sexy Money.” I’d love to see Lauren Ambrose in something, but I think she’s on the stage now.

@baked: I watch it often. It’s that good. And if anyone would like to send me a “NARM!” t-shirt, I’ll give you my address.

I’m not saying a word. In fact I’m going to go feed the dogs.

@JNOV:
what show then was i insisting you watch ? ok, no more annoying the lurkers, i’ll skype you….

@baked: The Philly one. I’ll get on Skype later.

@JNOV:
i’m as confused as benedick.

I just took a tour of a new local distillery and got to sample a few of their products. Not bad for a Monday.

@JNOV: @JNOV: I stopped watching 6FU because I could not STAND Lili Taylor’s character. I know she eventually is no longer on the show (AHEM). Can I start watching it from that episode through to the end and still be OK with the plot?

@RomeGirl: I couldn’t stand her character either, but they wrote in a very interesting arc that is very important to the rest of the series. I don’t know when you stopped watching, and I don’t want to spoil anything, but I encourage you to pick up where you left off because it gets very interesting, although her character remains annoying.