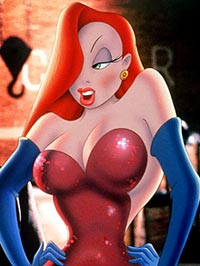 We apologize for bringing up Sport and Rush Limbaugh before breakfast, but neither shows any sign of going away — especially with the latter threatening an ownership stake in the former.

Rush’s fantasy of introducing the Split Teabag Offense to the St. Louis Rams is spilling beyond the confines of ESPN and AM sportstalk — Al and Jesse have rushed in to grab attention defend the interests of (predominantly black) NFL players, who seem quite capable of defending themselves. And Rush himself is claiming he’s not the racist he’s made out to be — he’s just drawn that way by jealous lefties.

At issue isn’t his ESPN career-ending remark that a black quarterback was getting undue attention because of affirmative action, but something a tad more on the nose:

I mean, let’s face it, we didn’t have slavery in this country for over 100 years because it was a bad thing. Quite the opposite: Slavery built the South. I’m not saying we should bring it back; I’m just saying it had its merits. For one thing, the streets were safer after dark.

Rush calls that a forgery — albeit a damn good one, since you can hear him saying it. And he’d like everyone quoting it to take it back:

The quote itself is from Jack Huberman’s 101 People Who Are Really Screwing America, picked up at Wikiquote, but apparently the ultimate sourcing is unclear.

What’s amusing is that Rush is using a classic play from All the President’s Men — taking an example of apparently bad fact-checking, and using it to deny the issue itself. But, like Sport and Rush, the ESPN quote isn’t going away. Nor is his recent line about the virtues of segregated buses.

Way to lead with Sport for the 7 am rolls, Nojo. I’m hoping this leads to Dan Rooney returning from his sinecure in Ireland to shove six Lombardis down Limblow’s gullet.

How would a demented Oxycontin freak who spends all of his time shambling about in a drugged out fog be able to remember anything he said – much less be able to conclusively discount a specific quote that he was attacked for uttering 11 years ago?

Ah, Rush, things were so much better when women and darkies knew their place. But here’s a thought — Oxycontin hadn’t been invented then.

It’s not like Rush hasn’t played the lying innuendo card himself.

He’s being hoisted by his own petard (assuming there is a petard strong enough to hoist him.)

@ManchuCandidate:
I have heard Rushs petard is quite short.

@Capt Howdy:
I don’t think his petard has seen sunlight in decades.

Sometimes it’s good to be Rush, and sometimes it’s not, and not it’s not a good time to be rush, Jim Rome just said on his radio show. The NFL is just like Augusta National, he said. It does not matter now much money you have or how famous you are – if they don’t want you, they won’t let you in. Rush should have known the racist blasts would come up, he said.

A point of order and a little-known fact: A petard is an old-school explosive device they used to take down castle walls.

I can’t come up with an original or clever way to express my feelings about Rush right now, which would keep this on-topic, so I’ll just get right to my point: I finally made my first Amazon purchase using teh linque. And it felt good.

@Dodgerblue: However, there was always morphine.

Nice to see the only thing that Rush will get from the Invisible Hand of the market is a reach around.

@FreshCliches: Then the Invisible Hand must be on a hella fucking long arm.

@SanFranLefty:
you beat me
I was going to say that would be called the Long Arm Of The Market?

ESPN radio just reported that Rush might get the boot from the group bidding on the Rams. Rush said earlier today on hate radio that he has no intentions of leaving the group. If he gets the boot, expect a lot of self-pitying and martyrdom.

“You’re not a martyr, you’re an asshole.”

ADD: linky link on the heave ho of the Rushbo.