Stinque
Home Latest Comments Log in
If it smells, we’re on it.
Stinque
Miscellaneous Top Secret Documents.
A Special Place In Hell, Department of Family Values

Guess what happens when you dance with Republicans? You die in a hail of gunfire apparently.

Amanda Ross’s neighbors heard the screams of the slain woman as shots rang out across the Lexington, KY condominium where her gun-shot ridden body was found in the parking lot, setting off a man-hunt for the only conceivable suspect in the case, Kentucky GOP icon Steven Nunn who’d been ordered by a court to stay away from Ross after the judge found that he’d smashed her across the face at her home on February 17, 2009.

It is clear from the statements of Ross’s friends in the local rag that the 29 year old Ross lived in quaking fear of her former fiance Nunn, son of late Gov. Louie B. Nunn, former GOP state rep and failed candidate for governor in 2003, and that everyone in town knew of her mortal terror that he would again break the restraining order, having gone to the cops to complain of a breach this summer.

As soon as the local cops recovered Ross’ body, they sent out an APB. Clueful state troopers immediately ran out to Nunn’s family home and then, not finding him there, correctly surmised he may want to be close to his parents and set out to the Methodist graveyard where they are buried. 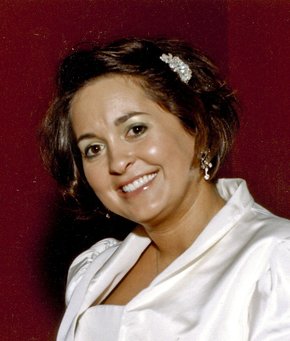 Another Victim of GOP Family Values?

The 56 year old Nunn, weakened, though unfortunately still alive after slashing his wrists, fired his pistol desultorily when the troopers approached him, before taking him down and arresting him to face, initially, six counts of wanton endangerment of a police officer,

Nunn is a caricature of wanton GOP dysfunction, hypocrisy and savage entitlement writ small. Like Caligutard, he rode the coat tails of his father, doing nothing on his own, failing at everything except serving a long stretch as a “family values” state rep and finally getting a six-figure patronage job in a state ministry that is supposed to protect families. He somehow helped destroy two marriages, at least one engagement and finally failed at doing the only thing that would have improved the quality of life for everyone in Kentucky.

What is it with these assholes, Stinquers? Do GOP scions just have to turn out nasty, twisted and compromised like this paragon of GOP virtues? Will this end with the police explaining that Ross committed suicide by shooting herself three times in the chest and three times in the back, reloading and shot herself twice in the head?

If GWB hadn’t won the governorship he’d have done something similar. These people are ‘entitled’ to whatever they want, and pitch a fit when they can’t have it.

That poor woman and her family. Sounds like her complaints weren’t taken seriously by the police and they had failed to enforce the restraining order, I hope not because of the political pressure.

Too bad the cops didn’t off him. Save the people of KY the cost of a trial.

@Dodgerblue: Too bad the cops didn’t stomp his ass bloody and flat the first time she called them for protection. Some guys don’t wake up to their problems until they are being kicked to death.

@FlyingChainSaw: Back when I was a baby lawyer, my Legal Aid program sued the LAPD for not enforcing restraining orders. They’ve gotten better at it. But, as I used to tell my clients, don’t rely on a piece of paper to stop a bullet.

@Dodgerblue: Guy I knew in another life worked himself through academy, worked day shifts as auxiliary, etc. When he finally got his badge and a job in a rural eastern states town he was overwhelmed at the number of domestic disputes he had to handle. He read about them on the evening blotters but never handled one until he officially joined the force. Couldn’t take it. His instinct to beat the husband to death would overwhelm him and the executive officers told him, he had to be able to process the events dispassionately or they’d begin writing him up and, after a certain threshold of demerits, he’d be let go. Went back to school for more criminal justice course work and went into industrial investigations.