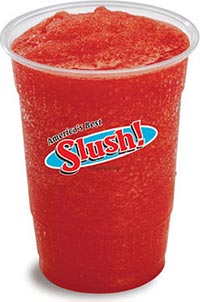 We’re not sure why everybody’s buzzing about Peggy Noonan’s hit piece on Sarah Palin — unless it’s that everybody loves a good catfight. Because as Paul Krugman points out, it’s more than a little late to take Peggy’s newfound respect for elites seriously.

And besides, last we checked, Peggy was advocating for the sweet mystery of torture. Do what you have to, but don’t bring it into the house, dear.

But since we seem to be stuck with it as a topic of polite conversation, let’s pick out a passage that’s been bothering us all weekend:

Her lack of any appropriate modesty did her in. Actually, it’s arguable that membership in the self-esteem generation harmed her. For 30 years the self-esteem movement told the young they’re perfect in every way. It’s yielding something new in history: an entire generation with no proper sense of inadequacy.

We’ve called Talibunny many things, but “snowflake” ain’t one of them. For that matter, she’s not from that era — she’s from ours. Palin was born in 1964. Barack Obama, master of political humility, was born in 1961. We all fall in that demographic crack between Boomers and Gen X. We all remember life before MTV and Pong.

So why the Culture War drive-by?

Because there’s another movement that also dates back thirty years, one Peggy herself knows intimately — and one that a 16-year-old Sarah Palin would be ripe for absorbing. A political movement of players with no appropriate modesty towards facts, no proper sense of inadequacy before truth. An entire generation of cynical liars who dissemble their way to success.

A Farewell to Harms [WSJ]

Plus what is that weird use elsewhere of ‘ingenuous’? The sentence makes no sense. And it’s not the only one in this piece. And why. Are. All the sentences. So short for. No apparent reason? Does she think we can absorb no more than 5 words at a time? And why does the grey parrot talk?

P.S. Saw Bruno yestiday. Deeply disappointing IMHO (that should give you all a laugh: what of course I mean is that I didn’t like it so it is, ergo, no good). It has none of the lyrical audacity of Borat but is instead merely mean-spirited.

Peggy doesn’t have a proper sense of inadequacy either. Hers.

@Benedick: Her writing style has always annoyed the shit out of me.
Re: Bruno – yesterday’s LAT reported that ticket sales for the movie dropped 39% between Friday and Saturday, an indication of horrible word of mouth.

Hmmm – another movie where I’ll wait for the DVD to come out.

@Benedick: One of the ESPN AM radio guys (Mike and Mike) walked out of Bruno. And when you can offend a sports reporter, you’re in low raunch territory.

@SanFranLefty: I loved Borat. It made me cry with laughter when I wasn’t hiding under my seat. But the new one has no story. And there is no verisimilitude to the fashion. Which, if you’re going to lampoon the fashion industry, is kind of a problem. I always thought that Bruno was the least appealing of his three characters and the movie did nothing to change my mind. And all the fag-bashing looks curiously old-fashioned. The world has moved on. The movie is stuck back in the 90s. Odd. I doubt it’ll do well. It’s not funny enough.

@redmanlaw: Oh, that’s probably just the flapping dicks. Meh. You see enough of that at home. In a movie it’s just shock-jock stuff. There is nothing to match the delirious naked wrestling from Borat as it invaded the mortgage brokers’ convention. But then, what could?

I suspect that this week’s boast will be: I Walked Out Of Bruno.

@Benedick:
That’s disappointing. I am/was looking forward to Bruno. And Borat was one of the few comedies that had me laughing till tears came out and out of breath although the “Chip” Pickering and the evilshun hating evangelical church stopped me cold.

@redmanlaw: @Benedick: Yeah, I would think the homo stuff would get to shock jocks. OMG NOT THE PEEN!!

Getting back to the post, though, excellent insight – a real zinger. That part did bother me; it just seemed like she was talking about someone else for a moment. if this had been anonymous, or posted by someone else, though, everyone would be praising it – it’s just because Peggy wrote it they’re out for blood.

Noone has commented on why this Noonan piece is the most fascinating commentary on the GOP and Palin that I have ever read.

Noonan sets about lining up, and shooting down, the pro-Palin arguments of her GOP set. She lists and concisely summarizes all the things that she hears people saying, that her kind of people are saying, in support of Palin.

And the amazing thing is that not one of these pro-Palin arguments has anything at all to do with Palin’s real support among her real fans.

The pigfucking, mouthbreathing base of support for Palin like her because she is a hatemonger pro-life fundie, who encourages and supports their violent anti-intellectualism and plays on their anger and resentment. She goes among the lowest of unshod rural rubes, and says “look at me, I got me a knocked up daughter and a retard, too, just like you, and I shoot critters, so fuck them pointy head liberal faggots who look down on us.”

I mean, really, her appeal is hate and resentment and violence, and she sold and sells best among the hateful, resentful, and violent.

Yet look at this list of Palin apologia that Noonan comes up with. Fantasies. These are the rationalizations of Noonan’s upper-class, semi-educated GOP set, who simply cannot allow themselves to see her Palin for what she is, who cannot admit that their party is down to nothing but violent hillbillies, and the retard who would lead them in jihad against liberalism, and make no mistake, this hatred for “liberals,” is really pure and simple hatred for culture and knowledge and education itself.

@Prommie:
You have a valid point. I grew up with folks like this and I know you have.

It’s a pure visceral reaction to the world around them because it makes them feel inadequate and small. I don’t know what it is. A sense of entitlement? Delusion? I have an idea, but I’m probably wrong.

A link for FCS – I swear he and the Rude Pundit are related. “Freedom stew” = FTW.

@Prommie: In other words, as Barry called them, “the bitters.”

And because I got curious: Peggy Noonan was 13 when Sarah Palin was born. That’s not exactly a high perch to be shit-talking a later “generation.”