Stinque
Home Latest Comments Log in
If it smells, we’re on it.
Stinque
Cassandra was right.
Snakehandlers 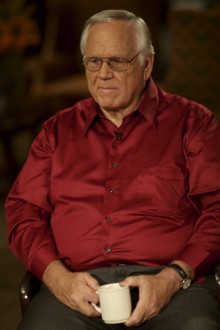 As if I wasn’t angry enough that snakehandlers like Ensign and Sanford have powerful positions, now I find that those C Street fuckers are associated with these shitbags:

According to the Washington Post, however, the Fellowship Foundation is itself linked to an even more secretive religious organization — Youth With a Mission (YWAM), whose Washington, DC branch owns the “C Street House” where Ensign has lived and where Sanford has participated in Bible study.

A diarist at Daily Kos points out that “YWAM founder leader Loren Cunningham has publicly outlined a vision for Christian world-control,” which involves establishing domination over government, education, business, the media, and other areas.

A diarist at Daily Kos points out that “YWAM founder leader Loren Cunningham has publicly outlined a vision for Christian world-control,” which involves establishing domination over government, education, business, the media, and other areas.

And his son was the guy who directed that piece of shit The Path to 9/11.

The last time YWAM came to notice was in 2006, when Loren Cunningham’s son, David Cunningham, gained attention as the director of ABC’s bitterly anti-Clinton “docudrama,” The Path to 9/11. According to Talking Points Memo, the younger Cunningham’s ties to YWAM were discovered by Digby and discussed at length on both Daily Kos and Democratic Underground.

Cunningham was found to be particularly involved in a YWAM offshoot known as The Film Institute, whose goal is to place its graduates “within the film industry, not to give them jobs, but so that they can begin to impact and transform Hollywood from the inside out.”

My question is this: will someone in the MSM other than Rachel Maddow talk about this?  Please? Everyone needs to know how sick these people are.

Dave Neiwert, a dedicated student of extremist groups, brought together a variety of items relating to YWAM’s aims for worldly domination, commenting that what he found especially interesting was “the way these supposedly forthright Christians are now busy covering the tracks connecting them to The Path to 9/11. All this snooping is obviously making them nervous.”

First thing the dude needs to stop is his dominion over the buffet table.

This sounds like they took the most brutal stereotypes about Jews, and decided to put them into action.

Also – can you imagine if they had the same vehemence for good instead of evil? Do you know how awesome the world would be?

@ManchuCandidate: Ha! The shiny shirt with buttons straining against all hope is doing nothing for him.

I am sick and fucking tired of these people and their fucking religious agenda. If they want to live in a theocracy, they should move to Iran.

Someone just hold me.

@blogenfreude: We have a non-Christian traditional Pueblo Indian theocracy at home, but secular management of tribal programs and enterprises. The tribal council is made up of men who have previously been appointed to office (including my dad) by our religious leaders. The system is not subject to constitutional review because tribal governments predated the constitution, so no establishment clause problems.

@redmanlaw: Yeah, but you’re not plotting to take over the govenment and the media and establish world dominance, are you?

You know, these people, they are at war with us. They have started firing, while we laugh at them.

Wanna bet this fella was talking to Rove, all along, completely in on the plan to install those home-schooled Liberty Law School grads in protected civil service positions at Justice. And what about the Air Force Academy, there they train the officers who go sit in the silos with their hands on the launch keys?

Someone just hold me, I scared myself again.

Unless the story involves a pretty white girl who’s missing, don’t count on the MSM to cover it.

Nabisco is like a thorn bush caught in a whirlwind

@blogenfreude: @Prommie: I’m comforted by my misunderstanding of the Gospel of Matthew, which says something along the lines of “For where two or three are gathered in my name, eventually something hugely embarrassing if not downright illegal will take place.”

These guys do things to fuck themselves up eventually, but more exposes of them on actual teevee would be appreciated.

@Nabisco is like a thorn bush caught in a whirlwind: Nice! Pressure’s off Nojo again (and Jaime too, for that matter) to come up with the next tweet!

@Prommie: We’re just trying to keep our own thing going.

Re: The Sotomayor drinking game

@Original Andrew: If I wasn’t at work, I had planned to drink every time Sessions said something stupid. Wonder how long I would have lasted ….

Update from Sotomoyor hearings: After a morning wasted on SPort metaphors and general silliness, Minn. Sen Amy Klobuchar got the Pm session of to a banal start by noting “that sitting near here is Senator Whitehouse, grew up in Laos and Cambodia as the son of a diplomat while she worked as a carhop at the A&W Root Beer stand. In addition, she pointed out, while Senator Hatch is a gospel music songwriter, Mr. Leahy is quite the Dead-head and once had difficulty taking a call from the president because he was onstage at a Grateful Dead concert.”
Talk about waste of time and money.

@blogenfreude: That could be lethal.

What is with this headline quote: “Unless you have a complete meltdown, you are going to get confirmed,” Lindsay Graham (R-Idiocracy).

Is he saying that he’ll vote for her so long as she keeps her temper, hot flashes, unexpected outbursts in spanish and random sobbing under control long enough to get through the hearing?

@Mistress Cynica: Tuned in late, then C-SPAN cut to Generic Blathering near the end of the morning session. Decided it wasn’t worth putting up with more just to listen to Senator Al.

@flippin eck: I’m afraid the Hon. Sen. Grassley has a lock on Tuesday, unless somebody comes up with something really good.

nojo: I listened for about five or six minutes, total. As soon as Chuck Grassley went all Wise Latina / Court Of Appeals Makes Policy on her, I had enough for one day. And Chuck is probably one of the good ones.

Started the day listening to the latest from Swedish metalists Meshuggah (suffers a little from the Curse of the Tool Tour Mate in that bands who open for Tool often end up sounding like them, i.e. Isis “In the Absence of Truth”, which in this case renders Meshuggah a little easier to listen to. Anyway . . .) and sports talk. I don’t need no dumb ass political posturing in my day today. Still have a massive sore throat from last week and am showing no signs of getting better.

ADD: Any thoughs on KBH running for Gov in Tejas?

@redmanlaw: She would win the General Election hands down, but the problem is getting out of the GOP primary where Governor Good Hair will paint her as the inside-the-Beltway baby killer slash raiser of taxes.

@redmanlaw: “As Republicans interested in government efficiency, we will forego reading our canned statements aloud and just post them on our websites.”

Oh, silly me. We all know the fate of the Republic hangs on each word.

@SanFranLefty: It will be fun watching them try to out-wingnut each other in advance of the primary.

@blogenfreude: It’d be more fun if they decided that America was lost to satan and decided to end it in a GOP Jonestown.

@Jamie Sommers says take this job & shove it!: WTF type of fabric is that shirt? Sateen?

He saw it on the waterbed, and he just couldn’t resist!

@SanFranLefty: I think our weekend house guest, one of the handful of liberals in College Station, would support KBH since the Dems probably don’t have a viable candidate. She says Perry and his crew have really fucked up A&M. Gen. Nuke Loser Guy is said to be a leading candidate to head the school.

Cats use mind control after all.

I’m shocked that it’s after 6 on the east coast and nobody prior to me has mentioned the photo in today’s NYT of the Talibunny signing her name with a Sharpie marker on the body of a disabled toddler.

@redmanlaw: I’ve always wished that Henry Cisneros would run for Governor, but I guess he likes making money more. Mother of the McClellan boys and former Comptroller/Railroad Commissioner/Mayor of Austin Carole Keeton McClellan–Rylander-Strayhorn* could always switch back to the Dems and run.

*Carole Keeton is the poster child for why a woman should never change her last name upon marriage.

@SanFranLefty: Cisneros is a tad scandal-ridden, no?

@SanFranLefty: Whatever it is, I’m sure it comes with a matching tie like the kind Regis Philbin popularized a few years ago.

@mellbell: Less so than your average Republican governor, or if one is to believe half of the rumors whispered by teh gheyz of Texas, no more than Gov. Good Hair.

@SanFranLefty: OMG, I hadn’t even looked at the Times today. That is so wrong, but you gotta love their snarky caption noting Talibunny’s “at a signing event, for legislation and other items…”

Nabisco is like a thorn bush caught in a whirlwind

@SanFranLefty: Wasn’t he looking at running when the secret baby mama/staffer scandal surfaced, or was he still at HUD? I liked Henry.

@Nabisco is like a thorn bush caught in a whirlwind: There was no baby-mama, just payments to his mistress to shut up about the affair that resulted in him being charged with lying to federal investigators about the payments when they were doing background checks for HUD secretary. He was urged to run for Governor before Ann got in the race in 1990 but his son had a congenital heart defect that hadn’t yet been repaired so he said no.

@Mistress Cynica: Isn’t that what O.J. did for cash up until the armed robbery?