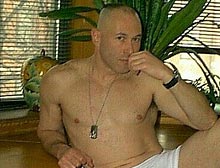 We weren’t aware that Politico was in the business of contriving wingnut memes, but they took a Chrysler-worthy stab at the market last week with their report that the White House flack has a disturbingly healthy sense of humor.

We’ll grant that this approach has a glorious tradition behind it, from tallying Nixon’s expletives deleted on an abacus, to harnessing the latest supercomputer for a statistical analysis of Blago’s fuckfests. We’ll even allow a passing amusement in calculating Robert Gibbs’ Word/Chortle Ratio.

But that cut-to-the-piano-cat perspective doesn’t respect the gravitas that Politico’s Robert Gavin brings to the subject:

The United States is facing its biggest financial crisis in ages. North Korea is blowing up nukes. Dick Cheney warns us of the “dangers that have not gone away.” And there are still wars raging in Afghanistan and Iraq.

But over in the White House press briefing room, it’s a veritable laugh riot…

Tim Graham, who watches for liberal press bias at the Media Research Center, says all the high times may be a sign of reporters’ political affinity with the Obama administration.

“It’s possible that reporters just think Gibbs is much funnier than the Bush people,” Graham said. “But I think this is another subliminal sign that reporters are much more comfortable with a spokesman that represents the hope and change they voted for.”

Of course, we know what kind of reporter the Bush Administration was more comfortable with. For that matter, we’ll wager that Jeff Gannon generated far more laughs outside the briefing room than Robert Gibbs does inside it.

Robert Gibbs gets a lot of laughs in his briefings [Politico]

Politico’s always been in bed with Repug operatives trying to throw out memes to see what sticks. Good luck with that one guys.

Is it just me or does this Guckert person look uncannily like Limbaugh? Minus 450 lbs.

@homo limeyensis: I just puked a little in my mouth.

@rptrcub: I know. It’s like pork fat. I just hope it’s not going to traumatize drinkyclown. You know how impressionable he is.

BTW. Total TJ But have we all seen Bruno landing in Eminem’s lap at the MTV awards? It’s the funniest thing I’ve seen in weeks. I’d post a link but I can’t be bothered. You all know how it’s done. Don’t miss it.

All together now… ich bin Bruno!

Holy Cow! An 11 on the republican sex scandal scale, 11 diapers! Pennsylvania legislative aide arrested for trying to have sex with a 15 year old boy while dressed as a panda! Police discovered several “furry” costumes! A real, live, in the flesh, furry!

Sexual Harassment Panda is not only sad, but unamused.

@Promnight: This is what I’ve been waiting for!
http://www.pennlive.com/midstate/index.ssf/2009/05/state_legislative_aide_accused.html

@blogenfreude:
He looks like a very fat Bill Gates.

@ManchuCandidate: His profile says he has a degree in “sacred music”.

@blogenfreude:
oh bloggie, i KNOW this made your day! mine too!
gop-check
underage boys-check
PANDA COSTUME!!!!
i’m giving 8 1/2 diapers.

i don’t know about 11 prommie, though we do have a stockpile. an 11 would require the act taking place.
hilarious.

@homo limeyensis: have we all seen Bruno landing in Eminem’s lap at the MTV awards? In a desperate attempt to avoid anything news-related, and wanting for some mindless drivel, I did indeed tune in precisely when this happened. My mind managed to process “buttcheeks-fake blond-white dude in audience-black body men looking pissed” before I shouted “Hey, that Bruno dude just sat on Eminem’s face!” The wife thought I was crazee, but it worked: we watched another 20 minutes or so. Forest Whitaker singing “Dick in a Box” was awesome.

@blogenfreude: This broke on Friday, I think, and the local fishwrap has been remarkably quiet. Of course, they didn’t do much with the county councilmember who was caught filming his homosekshual encounters, either. Pennsyltucky, it’s not just for Amish anymore!

This rates a full ten diapers because…(wait for it)…..THE PANDA COSTUME WAS WEARING A DIAPER! (goes to look for a link….)

ADD: I can’t find it now, but I remember the print version said that his on-line pic included a “panda in a diaper”.

@blogenfreude: Excellent. I was just thinking that last week’s posts had too much of teh law. “Needs more sex”, I says to myself.

And the Lord provideth….

“In a series of instant messages and online chats, Alan David Berlin, 40, of Carlisle, discussed dressing up in animal costumes and engaging in various sex acts with the boy, the state attorney general’s office said yesterday.

His boss, state Sen. Jane Orie, said she was “shocked and appalled” Thursday when she learned of the charges and immediately suspended Mr. Berlin without pay or benefits. She fired him yesterday.

According to the criminal complaint, Mr. Berlin proposed traveling to the boy’s home in Harrisburg, about 20 miles from Carlisle, and having sex in the backyard and in a shed on his parents’ property. He also allegedly offered to arrange a meeting in a hotel room so Mr. Berlin could take photos of the boy and another adult having sex.

The online communication took place on seven different days between April 27 and May 25, according to the criminal complaint. Investigators say some of the messages originated from a Senate computer.

Investigators believe Mr. Berlin and the boy met on an Internet site for “furries,” an online community of people who adopt half-animal, half-human personas.

In one message, according to the complaint, Mr. Berlin requested pictures of the boy and wrote, “When will your folks be out?”

Other messages describe various sex acts in explicit detail and refer to “yiffing,” which is a “furry” term for having sex.

Mr. Berlin used the screen name “alan_panda_bear” in his messages. He also used that name for an online personal ad that depicts cartoonish panda bears, one wearing a diaper.

“I’m a Daddyfur and Caretaker and I am looking for a babyfur to be my mate and my companion in a long-term committed relationship,” the ad says. “I am a hopeless romantic and very affectionate, freely giving hugs, scritches, cuddles and kisses.””

@Promnight: Attempted yiffing. I’ll split the difference and give it a 9 if only for the diaper wearing panda.

Urban Dictionary defines yiffing as, basically, dry humping while in costume — no actual skin-to-skin contact. Sounds like good clean fun to me — and safe! By Bill Clinton’s definition, it wouldn’t even be sex.

Still, I’ll give it a 9 just for the concept of a Republican aide with the self-image of a “Daddyfur”. I agree with baked, I’d be more generous if there had been some follow-through.

Promnight, thank you for your vigilance!

@Mistress Cynica: Well, I must admit, that is a major point. But the pastor in the wetsuit, he was not an elected official, either.

We have republican, internet furry homosexual statutory rape here, this is almost perfect. I can’t wait till the transcripts of the IMs and emails come out, oh my.

I am going to skip blithely about while drinking martinis, too.

@Promnight: I’m out of vermouth AND I’m at the office.

At least I get to go to Flagstaff for a couple of days this week.

diaper? DIAPER?!!! on the panda suit? i’m giving 9 diapers.
gary aldridge is the gold standard at 10, this falls just short.
drinking smoking and cavorting with amusement.
cyn, yes he’s an unelected aide, but style points must be considered.
DIAPER on a PANDA? inspired depravity!!!!

@baked: I was thinking of a lower score but your reference to style points convinced me. I’ll go with 9.

Will you all stop misusing my Very Carefully Thought Out GOP Sex Scandal Rating System please? I will go home tonight, mix a vodka tonic, calibrate my instruments, and come up with a number. Geeze – show some respect!

@nojo: Nope, this can be ranked. Just let the process work.

ADD: I mean, seriously. I met RML’s 13-year-old, who was a pretty together kid, and I think, damn, how would you handle something like this at that age. Why should you have to? If something like this happened to Joaquin, I would go ballistic, and I only met him once. How would a parent react? Yeesh…

This might be my favorite sex-scandal evah. And remember, no animals were harmed in the making of it. And there was no actual physical scritching involved. Only cyber scritching. Looks like the kid was avoiding actually meeting this douche face to mask. Let’s hope it was a learning experience for him.

@Also sprach Tommmcatt: After the anger at the adult involved, you’d look to see what you could have done. The parents had the right idea in monitoring the kid’s web and email activity and in notifying the cops rather than engaging in a little “self help” as that would have gotten them in more trouble. “Angry Dad Ventilates Diapered Furry for Online Sex Chant With Teen” would have put dad in the hole for a long time, cost them their house, income and his company for years.

But you’re right, for a kid to be a furry at 15 – that is weird. Kids are exposed to more stuff now and have access to more via the webs. Son of RML is 11, not 13, btw. He’s bigger than me, possibly stronger, and I’d hate to take a punch from him or see him in a berserker rage.

@redmanlaw: Hope the fall-out from the break-in at your house is settled. It’s a very unpleasant thing to have happen. I’m glad you didn’t seem to lose anything valuable and that none of you were hurt.

@homo limeyensis: Perimeter defense is what we’re thinking now. Stop them at the back fence with a higher barbed wire fence (the place will look like Stalag 17 ) and with a motion detector alarm in back to chase them away before they break more windows that cost almost $400 to replace to steal $100 barely working electronics. The awesome fence might make them think we have all kinds of groovy stuff inside, however. This shit really fucks with your head. So yeah – they stole my peace of mind.