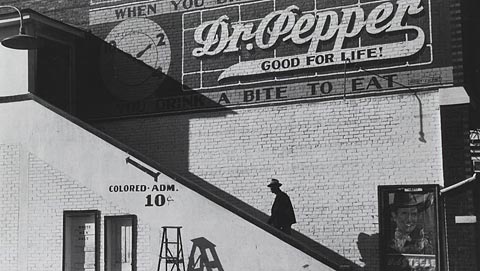 Since Wendy Long of the Judicial Confirmation Network saw fit to bring up Plessy v. Ferguson in relation to the Sotomayor nomination (after we brought it up in relation to the Prop 8 decision), we thought we’d take a moment to revisit this week’s featured Supreme Court decision.

Long, shouting at Chris Matthews, was trying to demonstrate that justice doesn’t require a diverse court:

As our own Serolf Divad noted, this overlooks the historical curiosity that an all-male white court gave us Plessy in the first place — a legacy that lasted almost sixty years.

But what caught our attention was her additional remark:

What happened was, Plessy was a lawless decision. Brown is what the Constitution, and all men being created equal, and the aspirations of our Declaration of Independence, are all about.

If anything, Plessy was a model of judicial restraint, the kind conservative advocates like Wendy Long applaud, using reasoning that sounds very familiar to modern debate. Brown was the first of many landmark Warren Court decisions, the very standard of “judicial activism.”

So to refresh Ms. Long on her intellectual heritage, let’s take another look at Plessy. It may be known to history as one of the great injustices of American jurisprudence, but we suspect we’re not alone in knowing it better by name than content.

To recap: Homer Plessy was arrested in New Orleans in 1892 for boarding the Whites-only coach on a train, instead of the Coloreds coach. The case reached the Supreme Court in 1896, which ruled — with one notable dissent — that “separate but equal” was constitutionally permissible.

The 13th and 14th Amendments — one abolishing slavery, the other guaranteeing “the equal protection of the laws” — were barely thirty years old at the time of the decision. At least one justice — the one dissenting — was a former slaveholder. If any case called for “empathy” — an understanding of how law affects lives — it was this one.

But let’s dispose of the canard the Plessy was an example of bald-faced racism. It wasn’t, at least not in the language and reasoning of the decision itself. What we now disparage as “separate but equal” could easily be spinned as equivalence under the law — which is pretty much how the California Supreme Court determined that civil unions have the same rights as “marriage” (although the Olson/Boies lawsuit questions that premise).

The Plessy decision dismissed the 13th Amendment claim as “too clear for argument,” since the case did not literally involve slavery:

A statute which implies merely a legal distinction between the white and colored races — a distinction which is founded in the color of the two races, and which must always exist so long as white men are distinguished from the other race by color — has no tendency to destroy the legal equality of the two races, or re-establish a state of involuntary servitude.

But great care was taken discussing the 14th Amendment, where it did apply, and why it did not here:

The object of the amendment was undoubtedly to enforce the absolute equality of the two races before the law, but, in the nature of things, it could not have been intended to abolish distinctions based upon color, or to enforce social, as distinguished from political, equality, or a commingling of the two races upon terms unsatisfactory to either.

For example, a Massachusetts court decision segregating schools was deemed valid, since the Boston school district also sorted kids by age and sex, and provided special schools for the poor and young adults. Race was just one of many categories.

On the other hand, laws segregating juries were manifestly invalid, “interfering with the political equality of the negro.”

So, where the laws of a particular locality or the charter of a particular railway corporation has provided that no person shall be excluded from the cars on account of color, we have held that this meant that persons of color should travel in the same car as white ones, and that the enactment was not satisfied by the company providing cars assigned exclusively to people of color, though they were as good as those which they assigned exclusively to white persons.

Throughout the decision, the discussion was very clear to distinguish who held what authority — Congress, states, municipalities, chartered railways — and under what circumstances that authority could be superceded. An earlier decision had in fact declared unconstitutional an act of Congress mandating “full and equal enjoyment” of public facilities, saying that only “corrective legislation” was allowed under the 14th Amendment — legislation to remedy violations by the states. What we might now call “proactive” legislation was prohibited.

To use more contemporary language, Plessy was the very model of “states’ rights” and “strict construction.” For that matter, you can read in the decision a warning against what would now be called “social engineering”:

Legislation is powerless to eradicate racial instincts, or to abolish distinctions based upon physical differences, and the attempt to do so can only result in accentuating the difficulties of the present situation. If the civil and political rights of both races be equal, one cannot be inferior to the other civilly or politically. If one race be inferior to the other socially, the constitution of the United States cannot put them upon the same plane.

Which brings us to Wendy Long’s Judicial Confirmation Network, and its stated aims:

We believe that the proper role of a judge or justice is to interpret the law and the Constitution — not make up the law and deprive the people of the right to govern ourselves.

We believe that a judge or a justice should not use the power of the court to impose his or her personal or political agenda on the people.

That’s precisely the principle underlying Plessy, and the argument we’ve been hearing against the Warren Court decisions for the past generation. We’re shocked — shocked! — that Wendy Long and her conservative colleagues at places like the Federalist Society lack the integrity to embrace the hallmark of their own reasoning.

10 years later i still break out in a rash reading court decisions.

what do we think of archie choosing veronica over betty?

Since relationships are obvs subject to the will and tyranny of the majority, here’s that logic taken to its natural conclusion.

Yeah, see, the thing is: these constitutional fundamentalists (or “strict constructionists” or whatever you want to call them) are in a bit of a pickle when it comes to the Constitution and our changing mores and changing society. On the one hand, they try to insist that historical context is completely irrelevant to constitutional interpretation: the text of the Constitution is what it is, immutable (except through amendment), perfect, and unambiguous. The notion that our interpretation of the constitution might rightfully change as our society’s values change is anathema… indeed heresy to them. So when society has changed so much that we would never and could never tolerate institutionalized racial segregation, the Constitutional fundamentalists must suddenly make the argument that racial segregation was unconstitutional all along, and decades, if not centuries of constitutional jurisprudence preceding the striking down of segregation were nothing but “lawless” decisions.

It really shows the absurdity of the “strict constructionist” position when they argue as such.

Those who argue for something along the lines of a “living constitution” are better suited to deal with such changes, as they maintain that the constitution embodies certain principles of justice, liberty and freedom that, in a sense, exist apart from the document itself and which the Constitution attempts to elucidate and protect. The difficulty in this approach, of course, is that you don’t want Constitutional interpretation to be so divorced from the actual text of the constitution that it becomes a wholly subjective, perspectivist exercise.

In real life, constitutional interpretation is a compromise of some sort resulting from the tension between these two approaches.

@ManchuCandidate:
even 7 hours ahead, stinque got there first!
however, i don’t think it was given the lengthy analysis it deserves.

@homo limeyensis:
mine too, as you can see.

This is why god made musical theatre.

There’s a reason that no other civilized nation models its legal and political systems after ours.

Scalia and Thomas would have concurred.

@rptrcub: That video needs to be edited down to 30 seconds and plastered all over the teevee in 2010 when we get this thing up for a vote again.