Stinque
Home Latest Comments Log in
If it smells, we’re on it.
Stinque
Miscellaneous Top Secret Documents.
The Majesty of the Law 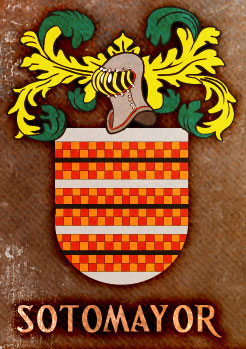 Right wing commentators from Rush Limbaugh to Newt Gingrich to Tom Tancredo have gone out to their way to label Judge Sonia Sotomayor a Hispanic racist, basing their assessment on one sentence taken out of context from a larger speech.

“I would hope that a wise Latina woman with the richness of her experiences would more often than not reach a better conclusion than a white male who hasn’t lived that life.”

Conservatives like Limbaugh and Gingrich have used this one sentence to claim that Sotomayor is a Hispanic supremacist who thinks that a Latina can interpret the U.S. Constitution better than a white male. Once seen in the broader context of Sotomayor’s remarks, however, it is clear that she is, in fact, making this claim only for cases involving discrimination against women and Hispanics (a far less controversial stance).

The speech has been reprinted in its entirety in the New York Times, but it is still rather long (5 pages). I therefore here reprint the relevant context with the offending sentence in bold:

No one person, judge or nominee will speak in a female or people of color voice. I need not remind you that Justice Clarence Thomas represents a part but not the whole of African-American thought on many subjects. Yet, because I accept the proposition that, as Judge Resnik describes it, “to judge is an exercise of power” and because as, another former law school classmate, Professor Martha Minnow of Harvard Law School, states “there is no objective stance but only a series of perspectives – no neutrality, no escape from choice in judging,” I further accept that our experiences as women and people of color affect our decisions. The aspiration to impartiality is just that–it’s an aspiration because it denies the fact that we are by our experiences making different choices than others. Not all women or people of color, in all or some circumstances or indeed in any particular case or circumstance but enough people of color in enough cases, will make a difference in the process of judging. The Minnesota Supreme Court has given an example of this. As reported by Judge Patricia Wald formerly of the D.C. Circuit Court, three women on the Minnesota Court with two men dissenting agreed to grant a protective order against a father’s visitation rights when the father abused his child. The Judicature Journal has at least two excellent studies on how women on the courts of appeal and state supreme courts have tended to vote more often than their male counterpart to uphold women’s claims in sex discrimination cases and criminal defendants’ claims in search and seizure cases. As recognized by legal scholars, whatever the reason, not one woman or person of color in any one position but as a group we will have an effect on the development of the law and on judging.

In our private conversations, Judge Cedarbaum has pointed out to me that seminal decisions in race and sex discrimination cases have come from Supreme Courts composed exclusively of white males. I agree that this is significant but I also choose to emphasize that the people who argued those cases before the Supreme Court which changed the legal landscape ultimately were largely people of color and women. I recall that Justice Thurgood Marshall, Judge Connie Baker Motley, the first black woman appointed to the federal bench, and others of the NAACP argued Brown v. Board of Education. Similarly, Justice Ginsburg, with other women attorneys, was instrumental in advocating and convincing the Court that equality of work required equality in terms and conditions of employment.

Whether born from experience or inherent physiological or cultural differences, a possibility I abhor less or discount less than my colleague Judge Cedarbaum, our gender and national origins may and will make a difference in our judging. Justice O’Connor has often been cited as saying that a wise old man and wise old woman will reach the same conclusion in deciding cases. I am not so sure Justice O’Connor is the author of that line since Professor Resnik attributes that line to Supreme Court Justice Coyle. I am also not so sure that I agree with the statement. First, as Professor Martha Minnow has noted, there can never be a universal definition of wise. Second, I would hope that a wise Latina woman with the richness of her experiences would more often than not reach a better conclusion than a white male who hasn’t lived that life.

Let us not forget that wise men like Oliver Wendell Holmes and Justice Cardozo voted on cases which upheld both sex and race discrimination in our society. Until 1972, no Supreme Court case ever upheld the claim of a woman in a gender discrimination case.

Clearly, Sotomayor is making a much more nuanced and empirically based argument than her dishonest detractors would have us believe.

(Edit: Oh yeah, I think this speech also puts the lie to detractors’ calim that Sotomayor is shallow and not very bright.)

During oral arguments last month in Safford Unified School Dist. v. Redding (the 13 year old strip search for ibuprofen case), as the male justices were minimizing how the girl wasn’t *that* humiliated by having the nurses poke around in her vadge looking for the non-existent Tylenol, Justice Ginsberg noted that none of the others up there had ever been a 13-year-old girl.

I guess old RBG is a sexist, too.

@Jamie Sommers: That’s an insult to 13 year old girls around the world.

/looking for reset button to reboot my country to get moving on cool shit like going back to the moon (hopefully we’ve resolved that issue with the Greys), running the national parks and forests, educating kids growing up with dirty faces in hogans and the inner cities, bringing clean water, nutrition and education to far flung places in the world, looking out for moms, teachers, workers, you know, stuff we should be doing.

BTW, Sunday is my [redacted]th birthday. Damn. Maybe that’s why I’m the happy, optimistic fool today but it’s always a good day when you hit the range for 50 rounds of practice before you even finish your first cup of coffee.

@redmanlaw: Happy early b-day. Take out some frustrations for me. Like… an Americorps van getting broken into in front of my house, and idealistic young kids having their shit stolen, just because they happened to be working on a public park.

That and all of wingtardia.

@redmanlaw: Yes, exactly. And Mars. And Saturn. And the bottom of the sea. And music in every school again. Change? Please, please, just returning to some semblance of normal around here would be fine.

@redmanlaw: I am convinced all those achuelian “hand axes” were really missiles, which were thrown at prey, which would explain why we all take such deep joy in ballistics, the trajectory of thrown objects, whether a bullet, baseball, arrow, frisbee, or rocket ship. It would also explain why almost all animals, which will often approach animals of another species approach closely, won’t tolerate the presence of a human within, well, throwing distance.

@FlyingChainSaw: Having grown up in a public school district with ample art and music offerings, I’ve never understood arguments against them as frills. I was a band rat from sixth grade on, and that experience is pretty fundamental to my outlook.

@Prommie: I just ordered a book on building crossbows, catapaults, etc. It will be a busy summer for me and the boy. We already built a 12 in tall catapault that has a range of 6 ft. I think an arm with more snap than a wooden dowel and using something other than cotton string for energy storage would increase the range. He built a balloon powered car yesterday for school and I helped him design his propeller driven car, which was an awesome success.

Shot some 2 and 3 in groups from 10 yards this morning with a revolver that has fixed sights. Not bad for these middle aged eyes after a few martinis last night. I was pretty damn happy about that. We’re having carrot cake for me from a fancy bakery at my office today, a firm birthday tradition. I feel so good I could bust.

Have another killer weekend at the Cafe Prom.

@nojo: Band here also (still have drums set up in my garage, working on fast punk and metal stuff plus extreme heavyosity), year book, theater tech and pit musician. My son is awed that I can do calligraphy. I told him I could because I was a geek in HS.

@nojo: @redmanlaw: @FlyingChainSaw: I benefited from a mediocre public school with mediocre teachers but enough stuff to challenge me and (mostly) keep me out of trouble. Anatomy and physiology? I worked my way up to dissecting a cat by 11th grade. Theater? I had an English teacher who wrote her own plays, got a musical prodigy to score them, and we had a shit load of fun learning and reciting bawdy shit that would never make it into Guys and Dolls.

I regret being one of those who looked askance at band. Yes, I was one of those who called you guys “band fags”. My mistake. My son has been playing piano since six and is looking forward to choosing a band instrument when he starts 4th grade next year, and I want him playing the meanest fucking trombone/tuba/clarinet on the planet and marching in the local 4th of July parade even if it does evoke Funky Winkerbean for me. I just remind myself that Bobby Zimmerman started out on rented trumpet in his jr. high band.

Shot some 2 and 3 in groups from 10 yards this morning with a revolver that has fixed sights. Not bad for these middle aged eyes after a few martinis last night.

Come, now, redmanlaw… you know the rules: you should never let more than 30 minutes pass between your last consumption of alcohol and the discharging of a firearm.

@Serolf Divad: Plus the mandatory utterance of “yee-haw” while plugging a road sign.

Friend of mine got a grand slam in his rural Virginia county one day: old car, washing machine and a road sign. Last I heard, he was a county attorney somewheres out there.