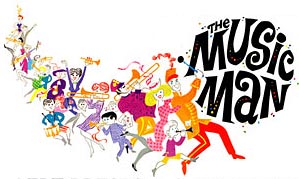 Lawmakers across the country are tyring to ban a drug we’ve never heard of because of dangers we can’t document.

It’s an herb called Salvia, it’s readily available online, and apparently it makes you freakishly happy. For five minutes. And then it’s over.

If anything, it should be banned for the letdown.

Of course, anything that makes you feel good without the imprimatur of the pharmaceutical, alcohol or nicotine industries is manifestly a threat to society, which is why politicians, with the support of your local Eyewitless News, are falling over themselves to outlaw it.

Louisiana passed the first anti-Salvia law in 2005, followed by thirteen other states, some of which only restrict sales to kids. The Feds are keeping an eye on it, but have yet to act against it.

As to its “harmful” effects — meaning anything stronger than a day at Six Flags — Exhibit A is Brett Chidester, a 17-year-old Delaware resident whose suicide is blamed on Salvia. By his mother. (And no, there is no Exhibit B.)

“Salvia makes me realize that humans have no reason to be on Earth,” Chidester wrote in a note found after his death. “We are all just grains of sand on reality beach.” Human beings are a disease, a cancer of this planet.

Oops, sorry — that last line is Agent Smith. Perhaps Mrs. Chidester should blame The Matrix instead.

Fear-mongering aside, some researchers think Salvia may have legitimate therapeutic properties, since it appears to act against addiction. They’re the real losers in this story — everybody knows dispassionate rationality has no place in public policy.

Lawmaker finds a cause in a hallucinogenic mint [Raleigh News & Observer]

Isn’t this the same hysteria we saw about Esctasy, where like maybe one or two people died from it — never mind that it generally won’t kill people like, oh, heroin — and the puritans had the excuse they needed to go apeshit?

“Human beings are a disease, a cancer of this planet.”

This stuff is growing in my front yard. It’s pretty. The Tool fan forums have been writing about it for years.

Teenagers and depression go together like, well, cheez and macaroni.

We all go through the many miserable phases of adolescence. The toughest challenges, at least for me, was discovering that I was not the center of the universe and the world was a cruel place.

Based on what Brett wrote, Brett’s mom could have easily blamed Kansas’ song “Dust in the wind” too.

“mothers of river city, heed that warning before it’s too late! watch for the telltale signs of corruption! the minute your son leaves the house, does he rebuckle his knickerbockers below the knee? is there a nicotine stain on his index finger? a dime-novel hidden in the corncrib? is he starting to memorize jokes from captain billy’s whiz-bang? are certain words creeping into his conversation? words like “swell” and “so’s your old man”? if so my friends, ya got trouble!
trouble, T that rhymes with P and stands for pool!”

i guess that one was just for nojo and benedick.

@baked: Is that part of the “Monorail” song from that Simpson’s episode?

The coolest thing ever in my parts was back during the locoweed craze of the early nineties, our local utes here in NJ discovered that there was a wild plant, growing everywhere, jimsonweed, that causes some truly powerful hallucinations, apparently. Several kids were hospitalized, however, after it became a fad in a local high school.

Well, the police were stymied by the “loophole” as they called it, that it was not illegal. But our heroic county prosecutor came up with a pre-code common-law criminal charge (nevermind that the common-law crimes were abolished by New Jersey’s new Constitution of 1948) of dispensing herbal remedies without a license, and he indicted the kids.

@Prommie:
it’s lyrics from “the music man” see header pic.
and appropriate for the topic. a hustler comes to a small town and convinces the small town folk of the evils of shooting pool for his own agenda.

@Prommie: You gotta give up the toad now.

@baked: Oh, Baked, here, go listen to this, you must: http://www.youtube.com/watch?v=nAk2BBhQm1o
Best “Music Man” parody ever.

@baked: Interesting show. The whole score is built on that little air they sing all the time.

Salvia!!??? SALVIA??? Dear god, it grows all over the place. I planted a whole bunch of it because the hummingbirds and butterflies love it. So, what? The hummingbirds are stoners? Plus, how do I smoke it? Or can I just add it to salads?

@Benedick: From what I read, it makes one literally psychotic, complete disconnect from reality, worsen hallucinations than psilocybin or LSD. Not for the weak.

Ooo, look everybody, it’s Saddleback, part deux! Those “sexual impurities” just have a way of tripping up the megachurch preachers…Willow Creek, which I’ve long loathed, probably has a bunch of homoerotic “angel” art hanging around the place too.

@Prommie: Ooo. Now I really want to try. Since I am otherwise so grounded in reality.

@flippin eck: Those bastards took over the Auditorium Theatre? Damn. I played that house and it’s a beauty. Touch gigantic perhaps but still. F Lloyd Wright worked on it as a young man.

Perhaps the spirit of musical theatre got into his pants and caused this lamentable fall from the straight and narrow into the wonderful world of buttsecks?

I just have to say this, “a town with money is like a mule with a spinning wheel.”

No more Thanksgiving dressing? (Salvia=sage for non-gardeners out there)
What’s next? Catnip?

Doesn’t “restoration process” = “teh ghey”? Or are they claiming they can cure pedophiles too?

@Mr. Tommmcatt Poon: It probably could mean anything under the sun–I’m sure that’s what they would’ve subjected that wetsuit/dildo Baptist pastor to if they had caught him before he kilt hisself. But you’re right, it’s probably a big ole euphemism for GAY in this case.

Oh c’mon, doesn’t any else want to play How Effed Up Is Illinois today? Exhibit A= “impure” Willow Creek preacher!
Exhibit B= another alderman on the way to jail! Hilariously reports, “As God is my witness, I am no monster”!
Exhibit C: Burris! Burris! Burris!

This is just in one day, people! We got teh Crazee goin on!

@flippin eck: I am lost in admiration. We New Yorkers have a mere state capital that has been judged the most ineffective in the nation. Meanwhile you lot are out there barking up trees.

@flippin eck:
they don’t disclose what the “impurities” are.
aren’t we dying to know?
this could be wetsuit territory people!

@baked: I hope it’s something really fucking twisted (as long as it doesn’t involve children) with animals and the dead and lots of pictures of Wu dressed up like Jesus.

@Mr. Tommmcatt Poon: Attached to enema bags filled with the blood and semen of animals on endangered species lists.

You guys are a little confused. Salvia is a huge genus. It includes common plants like sage. The Salvia in question is Salvia divinorum. When smoked, it gives a DMT-like high. There have been a few cases of unstable folks flipping out on it, much like LSD. Should it be made illegal? Probably not. Should it be sold randomly over the internet to kids and morons? Probably not.

@lentinus: But can I order it from White Flower Farms?

@Benedick: Nope. If you really want to order it, try the intertubes. Just check the laws in the state you’re ordering from, and your own state. It is gradually becoming illegal in one state after another. If you don’t already have experience with psychedelics, best to avoid it.

I agree. If you want a way-too-intense, shitty psychedelic experience, just eat some common morning glory seeds, or make a tea of the stems. Then, uh, get a bucket and lie down…

@Mr. Tommmcatt Poon: One of the cats ate morning glory seedlings once. We put her in a darkened room and played an Allman Brothers album, on the advice of our stoner vet.

while we’re on the subject…israeli hashish is like nothing i’ve seen before, which as you all know is remarkable in itself.
it’s hard as stone. most heat it up by removing a piece of tin foil from their hats, placing the chunk on it, and hold a lighter under it to soften it up. me? i have no foil to spare from my head, so i microwave it!
it’s aroma is delish, and the high very mellow. veeeery nice.