Fear and Loathing on the Airwaves 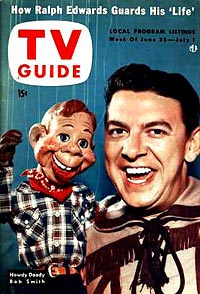 Back in the Dark Ages, before the Internet, before even cable, your vegging options were limited to the handful of television and radio stations in your area. This created a problem, since while your local monopoly newspaper had four or five sections to devote to ignoring you, your local broadcaster had scant minutes to ensure your voice was silenced.

And lo, the Federal Communications Commission decreed that if a crank said something disturbing on the air, equal time must be provided to an opposing crank to say something equally disturbing.

It was called the Fairness Doctrine, and whatever purpose it once served, it was a quaint relic by the time it was dropped in 1987. It’s long since been forgotten, like the idea of serious local news.

For the past several months, the vast wingnut conspiracy has been campaigning to bring it back. Every week the idea gets revived by the likes of Rush Limbaugh and WorldNetDaily, demanding that Congress put the Fairness Doctrine on its agenda.

Mind you, Rush and WND insist they’re opposed to it. But with nobody seriously advocating its return, they’re left tarting up offhand remarks to make an issue of it. Our nation surely teeters on the brink of collapse when even Hate Radio has a Bogeyman Deficit.

And so, as a public service, we hereby announce that Stinque endorses the Fairness Doctrine. We’ll be directing our new political arm — StinquePAQUE — to lobby intensively for a Constitutional amendment requiring that three hours of Rush be followed by three hours of George Carlin tapes.

You need a straw man, we need publicity. Everybody wins!

Attack us in the next ten minutes, and we’ll throw in bonus advocacy for FEMA camps, where we’ll be rounding up your listeners after we take away their guns and force them to sing Barbra Streisand medleys.

Another senator lines up behind ‘Fairness Doctrine’ [WorldNetDaily]

nojo
7:00 am • Friday • February 6, 2009
comment »
Choose Your Delusion
Paper or Plastic? Are You Kidding Me?
12 Comments
blogenfreude

The chances of the Fairness Doctrine coming back are virtually nil, yet Greater Wingnuttia flogs the possibility to keep the base frothing at the mouth. All those shibboleths – The War on Christmas, Green Helmet Guy, Jamil Hussein, WMD hidden in Syria, trickle down, the Laffer Curve … the opportunities to mock them are as numerous as the stars in the sky.

Better to keep the wingnut/dumbasses distracted while their masters steal everything not tied down just before Cannibal Anarchy reigns supreme.

We’re getting kicked out of Kyrgyzstan. I didn’t even know the Klingons were in the Coalition of the Willing.

In the category of could be worse, at least US America fighters can still stay airborne…
http://www.huffingtonpost.com/huff-wires/20090206/eu-russia-fighters-grounded/

TJ, and sorry: but Newt Fucking Gingrich is on my TV as an “analyst” being asked how Unicorn is doing. OF COURSE HE’S GOING TO SAY HOPEY’S SPEECH WAS BAD. And then he goes pimping his “Reagan is a great leader” faux-docu project.

@Signal to Noise: Did I see an MSNBC news crawl on these pages yesterday mentioning Gingrich as possible nod for HHS, or was I hallucinating?

@nabisco: I’m going to hope you took some bad acid.

@nabisco: Considering he is one of the brilliant adherents to the philosophy that we should all have high-deductible insurance plans and health savings accounts to make up for the deductible slack, it would spell DOOM for me.

@rptrcub: It would spell DOOM for all of us with pre-existing conditions who can’t get even high-deductible plans and who have no money left over after paying for (and sometimes not enough to cover) shelter, food, and electricity. Let’s ask the wife he divorced while she was being treated for cancer about that, shall we?

What I love about the Fairness Doctrine is that it reinforces the asshatted notion that for any given issue there are only two sides.

@nabisco: Some NYT clown was on Air America or Stephanie Miller yesterday saying that he was making a joke with that comment and the resulting shitstorm shut his blog down.