So Lonely … So Very Lonely 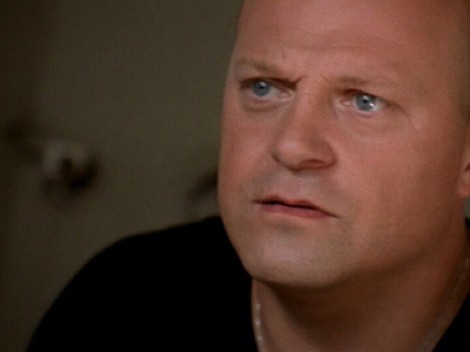 Can you imagine the desperation of these assclowns?

The ubiquitous Samuel Joseph Wurzelbacher, aka “Joe the Plumber” and “Joe the War Correspondent,” will soon add a new moniker to his profile — “Joe the Economist.” Politico reports that House GOP congressional aides decided to invite Wurzelbacher to a meeting on the stimulus in hopes that it will attract some media attention.

Yes, I know, he managed not to get himself killed or kidnapped when he was in Gaza.

Wurzelbacher, who became a household name during the presidential election, will be focusing his talk on the proposed stimulus package. He’s apparently not a fan of the economic rescue package, according to members of the group.

If nothing else, GOP aides are using the appearance to get staffers to attend the 9 a.m meeting.

Who could have predicted that JTP would be against a stimulus package designed to help him?

Steve Benen comments, “This is what it’s come to for Republican staffers in Congress. In the midst of an economic crisis, and after balking at a stimulus package, the GOP is turning to an unlicensed plumber/campaign prop to discuss legislative strategy on economic policy.”

Steve in Manhattan
11:30 am • Tuesday • February 3, 2009
comment »
Choose Your Delusion
Never Trust Anyone Over 20 The Odometer of Doom
45 Comments
ManchuCandidate

I swear he does look like Macky from the Shield (Michael Chiklis.)

What else can’t Joe do? I hear he’ll be an energi hexpert or biojenetics Phd.

@ManchuCandidate: Not so fast. Sarah Palin “knows more about energy than probably anyone else in the United States of America.”

@ManchuCandidate: Chiklis will play him in the movie.
Yes, I know, he managed not to get himself killed or kidnapped when he was in Gaza.
It’s like ransom of Red Chief–even Al Qaeda doesn’t want to deal with this douchebag. Srsly, though, this makes my day: JTP, Palin, and Limbaugh are all they’ve got. Oh happy day….

I think his problem is that he thinks he IS Vic Macky.

@ManchuCandidate: I swear when I saw the pic at the top of this post I expected it to be some kind of paean to the last season of The Shield.

Between reading about this ass clown (yet again) and that stupid chick who bred the welfare octuplets so she could get attention, I’m ready to fucking shoot myself. I don’t give a shit what the Unicorn says, this is proof positive there is no hope in the world.

@Jamie Sommers: Plus Daschle just bailed and all the rethugs, i.e. my immediate family are a-buzz with Nannygate redux. Time for Yoda Pez/Cat Stick?

I’ve seen this floated around.

Why not Howard Yeeeagh! Dean?

@nabisco: Yeah. Who the fuck was vetting these people? Did we learn nothing from Kimba Wood (other than not to name our children Kimba)?

@ManchuCandidate: That would be a nice peace offering (not to mention an infinitely better choice than Daschle for US America), but I doubt it could happen with Rahm “Wormtongue” Emanuel whispering into Obama’s ear.

Look for the photo of Norman “Stormy” Cornelius; if that ain’t a hobo name, I don’t know what is. Sadly, one of the hobos has died, they use propane heaters inside the tents and his caught fire.

@nabisco: Yoda Pez only seems to show up when we’re in mortal danger, and Cat Stick keeps taking the Boob Poll when I step away from the computer.

@Jamie Sommers: And how can you forget Zoe Baird? Sigh … good times.

I’m shaking my head as I think it could have been old stupid me getting heaved head first onto the ground. Minus the third man who jumped in, of course.

And apparently Denny’s is offering free Grand Slams to any and all takers in our nation’s latest experiment with population control.

@blogenfreude: Ah, but that is precisely what is getting under my skin. The whole Super Secret Vetting process of the Hope ™ House was supposed to avoid a Clinton Redux, but instead we’re getting the same sort of mindless distractions that will send the 24/7 “news” outlets – and the Limbaughs – into overdrive. Next week’s cover on TimeWeek will be “Leaving Change to the Nannies?”

Meanwhile, everyone forgets that it is the quality of the appointment, not the distracting noise surrounding it, that matters.

@blogenfreude:
Hey, not meaning to nitpick you darling, but isn’t it Palin/Plumber ’12?

Speaking of … absolutely nothing related to this, today is the 50th anniversary of the day the music died.

As a good and proper Texan, I must request a roll call of everyone’s favorite Buddy Holley song.

Meh, taxes schmaxes. Now that our ruling caste of psychopathic oligarchs has decided to simply loot the treasury in broad daylight, there’s no reason to expect any halfway intelligent person to actually pay taxes. Thowing all of our money at failed institutions just makes taxpayers the ultimate sucker investors.

And there’s also the small fact that everything we’ve been told by our political and economic “leaders” about our nation’s finances for the last three decades has been a Big Lie–namely that’s there’s no money for healthcare, education, the environment or social welfare–anything that actually makes people’s lives better. We could have fully funded all of those things for a generation with the money that Congress pissed away just last month. No siirreee, there’s no money for anything but the military and their endless wars, and bailouts for bankrupt billionaires. Truly, there is no greater threat to the American people than the US Congress; they’re far more destructive than any Al Qaeda terrahist.

Because a childhood’s friend’s dad loved Buddy and played Peggy Sue when he drove us to hockey practice/games. Apparently she was a very special person in his life. Note, wife was not named Peggy Sue.

@Jamie Sommers: Since I only knew a few, I’ll be the asshole who says “That’ll Be the Day.”

@Jamie Sommers: “Brown Eyed Handsome Man” for the proto-Berry rock licks, and “Not Fade Away” for the sheer might of the mid-fifties production of the Bo Diddley sound.

@Jamie Sommers: And somewhere tonight Joe Ely will be seranading a crowd in his honor.

@Jamie Sommers: Afraid I can’t follow you there. For me the Fifties are the hard bop years, with a taste of Sinatra’s Capitol albums.

@Jamie Sommers: Until today, I didn’t know “Rave On” was a cover but that’s my choice and I’m sticking with it.

Everyday…come on, just look at these lyrics:

Everyday, it’s a gettin’ closer,
Goin’ faster than a roller coaster,
Love like yours will surely come my way, (hey, hey, hey)

Everyday, it’s a gettin’ faster,
Everyone says, go ahead and ask her,
Love like yours will surely come my way, (hey, hey, hey)

Everyday seems a little longer,
Every way, love’s a little stronger,
Come what may, do you ever long for
True love from me?

Everyday, it’s a gettin’ closer,
Goin’ faster than a roller coaster,
Love like yours will surely come my way, (hey, hey, hey)

No snark, some of the finest poetry ever written.

Me loves the power pop and the rockabilly, you know I love Buddy Holly. Which song? All of them. Rock and Roll is western swing, blues has less to do with it than is reputed.

@Tommmcatt Yet Again: That was my favorite when I was a little kid. I think because of the guttural stops and staccato notes in his phrasing. And the hey heys. As I got older, I began to appreciate the incredible guitar work on that piece. Dude was fucking amazing.

@Jamie Sommers: I’m with RML – Rave on.
@Prommie: Do you have a special RSS feed of Abysmally Depressing News, dude? Way to bring down the room. I’m gonna need pics of puppies or kittehz — and not the disgusting kind you posted on the other thread. I’m still mad, BTW.

Yeah! Time for another episode of Hot Boys With Puppies, I think. Please Nojo? We’ll be good….

@Prommie: This reminds me of the homeless situation I discovered in Tokyo at the turn of the millenium. At Ueno park – also known for the fantastic choreography of the Dancing Elvis Impersonators – there are homeless camps set up deep in the corners of the park. They caught my eye the first time I went biking there because the blue plastic sheeting was the same high quality stuff we use to send to war zones for refugee camps. In the subways during the winter the homeless all had refrigerator-sized boxes newly issued by the ku office.

I recommend everyone take in the Dancing Elvis Impersonators at least once in their lives. It’s kind of like that scene from West Side Story, but on acid.

Thanks, but, uh, hot guys, please?

@Tommmcatt Yet Again:
On the work computer so work safe search is on.

Thanks, but, oh, honey, we gays need to take you to cute school….that boy looks like he needs some water pills.

@Tommmcatt Yet Again: Oh, I don’t know, he’s kind of got that Tobey Maguire thing going on…

If Toby MacGuire had been on a two-week drinking binge, maybe. Not that there’s anything wrong with that.

@flippin eck: What a wonderful and enriching hobby!

@flippin eck: Good news: Your rabbit ears (the figurative ones) are safe until June.