Never Trust Anyone Over 20 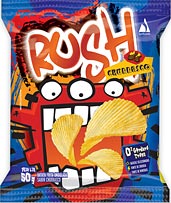 One of our favorite West Wing moments — besides Martin Sheen chewing up the scenery in Latin — involves a series of live remote interviews that President Bartlet gives to local TV morning shows.

The setup is simple: The camera light turns green, the feed is live. The light turns red, it’s safe to say what you really think about Rob Lowe’s acting.

Red, green, red, green, the segments continue. Only Bartlet misses a cue and tells a local anchor something he shouldn’t, leaving his staff to put out fires the rest of the episode.

The twist is that the “slip” is intentional. By pretending to be off-guard, Bartlet scores an important point that a conventional delivery wouldn’t achieve.

Which brings us to Rush Limbaugh.

You’ll recall that a couple weekends back, our Frosh President advised congressional Republicans to ignore Rush. We shared the common reaction: Why the fuck is Barry legitimizing that assclown? Even a rookie should know that it gives him a blurb he can flog the next four years.

Unless, as an astute political columnist observes, that’s the point:

It’s hard to think of any scenario that would be more advantageous for Obama than to be opposed by the likes of Limbaugh. Obama’s great strength is his appeal to moderate and nonpartisan-minded voters; if the Democrats succeed in framing public policy as a choice between supporting Obama or Limbaugh, they will win every time.

And whence issues that sage political advice? The Times? The Post? Time or Newsweek?

Not even close. Meet Asher Smith. Sophomore at Emory University. Ladies and gentlemen of the national media, you have been skooled.

Why Obama Is Propping Up Limbaugh [Emory Wheel]

@RomeGirl: And I am having a bear moment. WTFG Asher.

The unmasked Obama sez: “I would have gotten away with it if it weren’t for you meddling kids!”

Emory Wheel. Woulda thought that the student fishwrap at Emory would be The Emory Board. But it’s a twice-weekly, so we can tell that, Asher aside, it is a low-rent operation.

@chicago bureau: I’ll have you know that Emory is one of the 43 Harvards of the South.

@AARPrick: Google stalking has come up empty for images, so we’ll just have to dream.

@Prommie: You just made me choke on my cig.

@Mistress Cynica: It’s probably because of his name, but I’m thinking Ashton Kutcher in tweed. However, I fear he might be more Bruce Vilanch.

My mind: let me show you it.

@RomeGirl: Facebook is your friend. Not that I just checked or anything.

@mellbell: OMG HE IS ADORBS. I need to see more pictures, though. NOW.

This place never ceases to amuse and interest me.

@ManchuCandidate: “Now this one’s for the ladies. Gonna take it real slow. And nice.”

@Prommie: @RomeGirl: And I just sprayed coffee on my keyboard thanks to Prommie. I thought the Rice t-shirts that said “Harvard of the South” were original until I saw the ones from Vanderbilt, Emory, Auburn, William & Mary, etc., etc.

@RomeGirl: Five bucks says he’s not on our team and he plays on the HF team.

How come it’s only female appointees who resign over not paying proper taxes on household employees but men just hang in there? Is it because the household help are the wife’s responsibility?

And maybe it’s just because I’ve never hired a nanny or a maid or anything like that, but how hard is it to pay your taxes when you probably have an accountant too?

@SanFranLefty:
Well, the rich are different than you or I…

They’re also “special” in the ways of finance, too.

SanFranLefty: Well, this particular female was supposed to be the efficiency czar. She was too efficient, apparently.

@SanFranLefty: It’s not hard, they’re just too cheap–or the nanny/maid/pool boy is illegal, on top of everything else. This is SO pissing me off. Leona was right: only the little people–i.e., schmucks like us, who believe in crap like following the law, doing our duty as citizens, etc.–pay taxes. I feel like a complete fool.

@SanFranLefty: No! No, he is a winsome, shy, wordy bookish thing who just needs a slightly (ahem) older woman to show him how wonderful life can be.

@RomeGirl: I dare you to friend him.

@Pedonator: What are we, chopped liver?

@Pedonator: You know you want to come play Scrabble Wordscrapper ™ with me.

@SanFranLefty: I hope that his deputy, Jeanne Lambrew, gets to stick around. She seems to know what’s what.

@mellbell: Not at all, but I hang out with y’all here when I can. Stinque and Stinquers fulfill all my social networking needs!

@SanFranLefty: Well, Rice is actually the Harvard of Texas. [Suck on that Baylor!]

And I agree that the kid is not playing on our team. Assuming, of course, I was looking at the right Asher Smith. Turns out to be quite a few of them on Facebook surprisingly. Including a young girl who appears to think her naked ass is the first thing people should see of her.

@Jamie Sommers:
Including a young girl who appears to think her naked ass is the first thing people should see of her.

@Jamie Sommers: Baylor is the Harvard of Waco.

Add his university to the search and you’ll get the right guy.

Hey hey, its not all that difficult to find yourself in a deal where you have this cleaning lady who comes once a week for 3 hours, and you give her $75.00. So, is she the proprietor of a cleaning business, or are you her employer and responsible for withholding, and payroll taxes, and etc.? Or so I have heard, through the grapevine, that is.

@Prommie: As I understood it, back in the days when I could afford a cleaning service, if she (or he) brings her own equipment, then you are safe in asserting that she is an independent contractor. Even better if she presents herself as a business (e.g., you make out the check to a company name rather than an individual). If she’s showing up at your house at least 40 hours a week to care for your kids? She’s an employee. Pay up.