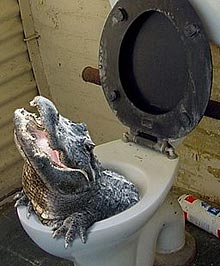 As we were researching quotes for Monday’s Things Best Left Unsaid, there was another Bush Administration classic we wanted to include: Karl Rove’s “Permanent Republican Majority”.

Only we couldn’t find it.

Let’s go to the archives:

He became the top consultant in Texas and eventually saw in Dubya a natural politician who — guided by Rove, of course — could not only reach the White House but also usher in a permanent Republican majority.

That’s from a Time profile of Rove, published April 22, 2001, and it’s the earliest reference we can find. But the words aren’t Rove’s.

Nor does Rove own up to the phrase in Nicholas Lemann’s 2003 New Yorker profile, which elaborately dances around the subject:

The real prize is creating a Republican majority that would be as solid as, say, the Democratic coalition that Franklin Roosevelt created — a majority that would last for a generation and that, as it played itself out over time, would wind up profoundly changing the relationship between citizen and state in this country.

Those are Lemann’s words, not Rove’s. And most of the time Rove is quoted saying “majority”, he’s reading from James Madison.

Instead, we have to wait until November 2004 to pick up the thread:

MR. RUSSERT: You have said that you — your ultimate goal is a permanent Republican majority. What does that mean?

MR. ROVE:  Well, first of all, there are no permanent majorities in American politics. They last for about 20 or 30 or 40 or, in the case of the Roosevelt coalition, 50 or 60 years and then they disappear. But would I like to see the Republican Party be the dominant party for whatever time history gives it the chance to be? You bet.

Yet it’s Russert who drops the line, not Rove. Timmy throws the pitch, but Karl waves it off.

The final relevant reference comes from Frontline’s April 2005 Rove documentary, when PRM seems to have settled into the political firmament:

For Rove — observers say — enactment of the Bush agenda is a way to win the biggest prize of all: a permanent Republican majority.

Once again, that’s Frontline producer Michael Kirk speaking, not Rove — and even there he’s attributing the phrase to “observers,” which is journo-speak for “the guy at the next desk.”

There’s no doubt Rove was working towards a “durable” majority, and the hubris of his employer makes “permanent Republican majority” feel appropriate for shorthand. But much to our disappointment, we can’t find him on record ever saying it. So who did? The Mainstream Media.

Rove and the post-Lee Atwater RNC had no interest in majorities, they just wanted permanent GOP rule and complete decimation of American politics. The term majority assumes a working democracy and contest for the attentions of the public. The RNC’s scheme is to just own the whole league. They are not finished. These monsters are still out there, probabaly writing checks to countless legions of Timothy McVeighs to wake war on the Obama Administration and bring it to its knees and terrorize the American public back into the arms of the fascists.

Like most “masterminds” Rover never said it, but his minions did. Boy howdy did they say it.

BTW, how’s that working out?

Goes back even farther than that. One of the problems we in Canada City have been dealing with is the “better profitability” of US America firms compared to ours. The local RW wingnuts claim it is because we are a bunch of no good lazy unXtian socialist nazi commies who’d rather suck back free pills and smoke pot. The reality is this. In Canada City, our pensions are supposed to have 75 to 80% funding while in US America, my understanding it is 50% (thanks to Ronnie Raygun trying to help out Chrysler but the change was not rescinded.)

Anyway, this means that US America firms didn’t have to put in as much into their pensions as Canada City firms did, thus showing more “Profit.”

Of course, this “coincides” with the sudden proliferation of Stock Options.

The truth that no one figures out or cares (apparently) is that
All those outrageous execubot bonuses and options plans were paid OUT with YOUR PENSION money!

This becomes more apparent as pensions start to disappear.

@ManchuCandidate: From their POV, everything is going exactly as planned. Once the economy is in utter ruins and the Obama administration is overwhelmed by non-stop ‘terrorist’ attacks, they can press for military coup, seize power, grab all the babies and fire up the barbeque.

@ManchuCandidate: Oh, yeah, and they’ve gamed the meaning of ‘fund’ to the point now that most pension plans are just a collection of IOUs. When this financial Krakatoa detonates it will make the mortgage crisis look like a dog fart. The Social Security trust? Looted systematically to pay for an expanded defense sector and government expenses generally from Reagan onward. Adkisson Bridages, neonazi insurrection, legions of starving pensioners. It doesn’t get much better than that.

@FlyingChainSaw:
I guess purchasing a Ford Falcon with exploding fuel tanks and arming myself with a sawed off shot gun isn’t such a stupid idea.

@FlyingChainSaw: They wanted a return to a pre-union, pre-progressive land where the rich got richer and the poor got poorer, but to question otherwise is evil, commie “class warfare.”

@ManchuCandidate: They don’t care if we all work ourselves to death. It will decrease the surplus population. U.S. Medicare was next if the Republicans remained in control; I fear for the Canada City health care system under Fatty Cheeks. PS: How goes the thing where the Libs-NDP-BQ are trying to overthrow the Albertans?

@FlyingChainSaw: We must retain our plans for the S.S.S. Molly Ivins.

@rptrcub:
We find out today.

@rptrcub: Cuba. Obama will normalize relations soon, and the heads of the Miami Cubans will explode, and they may even try to kill him, as they helped Poppy Bush kill Kennedy. Poppy has been intimately tied with the fascist Miami Cubans since he worked with them on the Bay of Pigs fiasco and the Kennedy assasination. And they even served as the power base for the intended succesful son, Jeb, who rose through the Dade county republican machine. But then, somewhat to the surprise of everyone, I am sure, the dimwitted one managed to become Governor of Texas and they had a shot with him.

@FlyingChainSaw: Or wait until a lot more states and counties start declaring bankruptcy and refusing to pay out the pensions of retired employees.

@rptrcub:
Actually feudal tyranny works better with surplus population. Feudalism died when the Black Death wiped out 1/3 to 1/2 of the populace and the lords/masters/shitheads had to be somewhat concerned with the health of the heathen smelly masses.

@FlyingChainSaw: Let’s not forget Tom Delay’s “hammer time”. No need to talk about actually winning a majority if you can jerrymander enough districts to game the system.

@SanFranLefty: Yes. If that starts happening regularly, we know all is lost. Most states go by more belt and suspenders (read old-fashioned and conventional) standards of capitalization than industry for things like health insurance and pensions and have teachers unions to bark and bite if their nest egg is being endangered. Likely, in the short term, the pension insurance regulators will have to be on the watch for companies organizing tactical bankruptcies to eliminate their pension liabilities amidst the chaos an confusion.

@ManchuCandidate: Actually, the stock Ford Falcons used as fleet taxi stock in Australia I remember as being sharp cars. Wide and sturdy. And the gas (as opposed to petrol) versions just went forever because of cleaner burning fuel. Not a bad choice for riding out an apocalyptic meltdown.

@rptrcub: RNC since 1980 has been captive to neomedievalists. The want to ride around their manors shooting at the peasants, drunk out of the minds and laughing maniacally, before retiring to dinner and the entertainments of 5 year old boys, bred specifically to satisfy their twisted appetites.

@nabisco: Right. Counting on voters is for suckers. The system is there to be gamed by those with the tools and the will. When cannibal anarchy breaks out, it would be good knowing Tom will be among the first to be serving face carpaccio to starving neonazi cannibals. Got you permanent GOP rule, Tom? Got your impoverished, helpless masses to rule, Tom? Huh? How’s that working out for you, Tom? Huh? Hey, speak up, Tom! I can’t fucking hear you with that neonazi eating your fucking face, Tom!