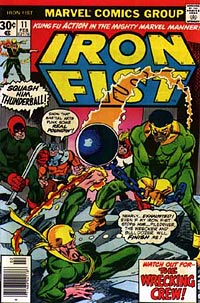 What we know about Canadian politics you could drown in a bottle of Moosehead, but perhaps we should sit up and start paying attention:

Canada’s minority Conservative government may seek the temporary suspension of Parliament to stop opposition parties from voting it out and taking power, an aide to Prime Minister Stephen Harper said on Tuesday.

Now that’s how an imperial executive acts: like, well, a reigning monarch. None of this will-of-the-people crap from Shrub, who has been suspiciously happy to surrender power to Barry.

Dude: Refuse to step down. Defy Congress to challenge your authority. Pelosi? How many divisions has she got?

No balls, Stevey, to act like a real tyrant and just have the lot of them arrested and stuffed into a cannery in New Brunswick where they can cool their heals until they can think straight, the little Bolsheviks.

There’s just something very weird about the potential for a separatist party, dedicated to lopping off a province from the confederation, being part of a guvmint to run the country which they’re trying to separate from.

@rptrcub:
I’m not a fan of separatists in power at all.

I like the idea of suspending parliament less though.

Although it is typical of Fatty McGoo and the rest of his Bo-Tard Clan. When in trouble, shit their pants and howl like whiners that it isn’t fair not fair. So much for the Contards slogan of “Fatty McGoo, he’s a REAL leader.”

The real problem is that Fatty McGoo triggered this whole mess. If he didn’t try to fuck with the opposition (with a minority government no less) then this “crisis” would not have happened.

@ManchuCandidate: “This is Canada. Power must be earned — not taken.”

That must be so cute with your adorable little accents!

Warning: I think Nojo may be going back to Disneyland to stalk Tinkerbell (see twitter).

Power is much like money. Many of the columnists (RW stooges) bitching about it got their start thanks to Connie Black, someone who also knew the value of earning vs taking and is now a guest of the US Fed Pen system because of it.

@ManchuCandidate: I try to stay out of the separatism argument as a US-American, just like our official US-American party line that we’ve had since the 1980 referendum with Rene Levesque. I know Billy C., though, in the mid-90s, kinda referred to the desire to have a Canada that was still intact.

Now if Alberta seceded, that’s a different story, but now, I don’t think we’d want it. Lord knows our new Black Overlord wouldn’t want it to become the 51st state.

@rptrcub: If Georgia wanted to secede, that would be okay with me. We’ll trade you for Quebec and their smokin’ hot cops.

@homofascist: I can haz Evacuashun?

@FlyingChainSaw:
Panic. He is a control freak to the extreme and is the only guy allowed to speak at any press conferences or have thoughts. Like most control freaks, he panics when events do not go the way he wanted them to.

@rptrcub:
Would you guys really want Alberta? Sometimes here when they get so full of themselves Alberta style (similar to Texas style), I’m not sure if we really want them either.

Personally, I think that Canada without Quebec would eventually join the States. They are what makes us unique (and unpalatable to US America fans of the Monroe doctrine) and I’d hate to see them go. However, if they did make the foolish move then Quebec would end up as a French Speaking version of Mexico and I would not care.

@rptrcub: We’ll send in a team of the hardiest Chicago bears to rescue you. You can come here in the spring and summer – when it gets cold you can flee somewhere else.

@homofascist: If I can hibernate with them, I’ll be fine. Or Torontonians or Montrealers. They have underground maple caves, er, I mean, pathways and malls to avoid the cold.

This is great. Palin is into separatism. Maybe she can get the old AIP gang together and have a joint press conference with the PQ people and babble nonsensically about freedom and God and shit and drive Harper apeshit.

@redmanlaw: Love that movie. Have you seen the newish version that includes the “Hey Bulldog” sequence?

@redmanlaw:
Where did you get that portrait of Harper?

@mellbell: Have not seen the new one. Hope the digital transfer cleaned up the muddiness of the previous versions on VHS and DVD.

@redmanlaw: Without having anything to compare it to… yes? Netflix it.