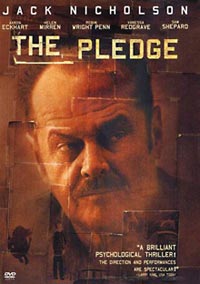 The man who forced generations of schoolchildren to mumble in fear each morning died on Thanksgiving, more than a half-century after he brought McCarthyism to the classroom.

It was transplanted Glaswegian and Presbyterian mole George M. Docherty who in 1952 campaigned to get “Under God” added to the Pledge of Allegiance, fearing his 7-year-old son would roast in the pits of Hades, or worse, turn Commie, if he didn’t swear fealty to a mythical airborne foodstuff before spelling lessons:

“I didn’t know that the Pledge of Allegiance was, and he recited it, ‘one nation, indivisible, with liberty and justice for all,'” he recalled in an interview with The Associated Press in 2004. “I came from Scotland, where we said ‘God save our gracious queen,’ ‘God save our gracious king.’ Here was the Pledge of Allegiance, and God wasn’t in it at all.”

Docherty’s first sermon on the subject fell on heathen Harry Truman’s deaf ears. But a second attempt at Constitutional subversion in 1954 found Seventh Commandment violator Dwight D. Eisenhower in the pews, and by Flag Day that year Ike signed the revised Pledge into law.

Yet despite their best efforts, the Sixties happened anyway.

Pastor who helped get “under God” in Pledge dies [AP]

I sometimes wonder why countries that have official state religions (England, Denmark) have far less religious meddling in their political affairs than we do. So unfair.

The most important words in the pledge are “with liberty and justice for all.”

The Second Amendment is only part of the Constitution.
Revelation is not the only book in the Bible.

In the UK people like Mr. Docherty are sometimes termed “God-botherers.”

@Mistress Cynica: Only after they’re done with the burnings, floggings and executions.

On a lighter note, when I was a lad we had Divinity once a week: a class to study the Bible of the CofE. And it’s stood me in good stead ever since. I know something about the Bible and its history. Unlike the fundies who have no clue what any of it means. I say, restore religious instruction in the schools. We’ll all be better off.

However, this Scots asshole has much to answer for. He took the majestic cadence of “… one nation, indivisible, with whatever and thing for all…” and shoehorned in the word God, which screws it all up. In its original state a lovely weight falls on the word “indivisible”. A grand sounding word in and of itself.

The Scots remain a Calvinist bunch. My grandmother would always try to have me baptized when I stayed with her. My mother would have a fit and put her foot down.