Stinque
Home Latest Comments Log in
If it smells, we’re on it.
Stinque
Lovely day for a Perp Walk.
Posts
Compassionate Conservatives 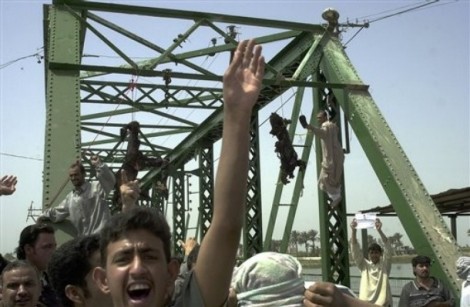 LONDON, March 30, 2009 – Ground Zero for the so-called ‘war on terror’ is a nation where gays and lesbians live in real terror every day. Among the suffering of gay Iraqis is the regular threat (and carrying out) of rape and murder. In July, CNN reported on the case of a young gay man abducted for ransom and raped daily for more than two weeks.