Oregon Congressman Explains How to Run Up Expenses on a Budget 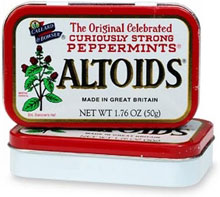 Our guest columnist lives in Idaho, as far as we’re concerned.

“Some people are in denial about the need to reduce spending and balance the budget. This scheme to mint trillion dollar platinum coins is absurd and dangerous, and would be laughable if the proponents weren’t so serious about it as a solution. I’m introducing a bill to stop it in its tracks,” Rep. Walden said.

“My wife and I have owned and operated a small business since 1986. When it came time to pay the bills, we couldn’t just mint a coin to create more money out of thin air. We sat down and figured out how to balance the books. That’s what Washington needs to do as well. My bill will take the coin scheme off the table by disallowing the Treasury to mint platinum coins as a way to pay down the debt. We must reduce spending and get our fiscal house in order,” Rep. Walden said.

END_OF_DOCUMENT_TOKEN_TO_BE_REPLACED

The Most Trusted Name in Ovulation-Cycle Political Analysis…

“While the campaigns eagerly pursue female voters, there’s something that may raise the chances for both presidential candidates that’s totally out of their control: women’s ovulation cycles.” [CNN]

“I get nervous when I start feeling too certain about something, and I feel pretty certain that Paul Ryan’s budget is a massive devolution of government responsibility masquerading as fiscal prudence. So I called Alan Viard, a tax and entitlement scholar with the American Enterprise Institute…” [Atlantic]

“Snoop Dogg’s Sunday night Coachella closer was a monster of a set that featured many of hip-hop’s greatest hits and its biggest stars, one of whom died more than 15 years ago. Tupac arrived via hologram, seamlessly — and amazingly — joining Snoop on ‘Come With Me,’ ‘Hail Mary’ and ‘Gangsta Party.'” [Hollywood Reporter]

Rep. David Schweikert (R-Ariz.) and two other House Republicans — including supercommittee co-chairman Jeb Hensarling (R-Texas) — introduced legislation last week aimed at retiring the paper dollar. Schweikert said his bill would save $184 million a year and $5.5 billion over 30 years by transitioning to a dollar coin in four years, or as soon as $600 million worth of dollar coins are in circulation.

END_OF_DOCUMENT_TOKEN_TO_BE_REPLACED

Change You Can Besieged In…

Tom Coburn’s debt-reduction proposal: “The Treasury Department should phase out use of the $1 bill and replace it with the $1 coin. Paper-based currencies wear out faster than coins, and so cost taxpayers more in the long run.” The pocket-bursting savings would be $184 million a year. [ThinkProgress] “The money she received was from multiple projects she did with them,” the insider explains. “She shot PSAs, print and Internet ads and did town hall meetings, as well, and the money she made was an accumulation of all of that. This is not out of the ordinary for a celebrity to make an income off of a charity they represent.

“If you do your research you’ll find that most nonprofits compensate their celebrity spokespeople and Bristol’s no different.”

We partnered with Bristol Palin because she is a lightning rod for stories like this.

The Reckoning
Top Dogs
The War at Home
American Inception

DELURKER • Baby It’s Scolds Outside Where is he going to be buried? When I finally get to travel, I might make the point of a visit.

¡ANDREW! • Murder on the American Express And yes, I'm well-aware of how conspiracy-cray cray this all sounds, but as America continues its…

¡ANDREW! • Murder on the American Express @ Manchu, not a chance. Look at 2020 and how Moscow Mitch, Miss Lindsay Gray-uhm, Susan…

MANCHUCANDIDATE • Murder on the American Express @¡Andrew!: You know Ted's a standup guy when he blamed his kids for this. Ted Cruz has become…

¡ANDREW! • Murder on the American Express @ Manchu, Poor Treason Ted. His dad killed JFK, his wife's an ugly whore, and now his…

MANCHUCANDIDATE • Murder on the American Express @¡Andrew!: All those unprepared folks stuck in an arctic deep freeze (which shouldn't be there,…

¡ANDREW! • Murder on the American Express Texass is turnin' blue y'all... from hypothermia. Shorter Texass: "Weir uh-gonna keel all y'all…