It might be useful, before we begin, to recall that the first article of impeachment against Richard Nixon detailed obstruction of justice.

It was useful for us, anyway. Before diving into the second half of the Mueller report — which might have been subtitled “If He Did It” — we wanted to refresh our memory of what an honest impeachment looked like. The dishonest one is more familiar to a contemporary audience, but you really don’t want Ken Starr setting the rules of engagement.

END_OF_DOCUMENT_TOKEN_TO_BE_REPLACED

And At That Exact Moment, Mudd’s Robot Started Spewing Smoke From Its Ears

We’re Not Above Quoting Galatians 6:7

The Chronicles of Cascadia 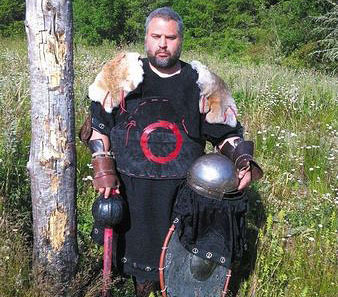 “What began as a man’s attempt to discipline his child turned into a sordid case of abuse when police say the Washington man forced his 16-year-old daughter to don Renaissance armor and engage in a wooden sword battle for two hours.” [CBS, via RML]

“Joe Wurzelbacher, better known as Joe the Plumber, is considering a run against U.S. Rep. Marcy Kaptur in 2012, according to Republican Party sources. Jon Stainbrook, chairman of the Lucas County Republican Party, said there is ‘high-level interest in the national Republican Party’ in a potential Wurzelbacher candidacy.” [Toledo Blade, via Political Wire]

“A man suffered life-threatening burns Monday after a portable toilet he was using exploded, apparently after he lit a cigarette.” [Raw Story]