There’ll Always Be a Berkeley

“We decided it was necessary to take action,” said Walden, a Middle Eastern studies and political science major. “A lot of people have been saying, ‘Who’s university? Our university.’ So we decided to put that into action.”

So, what’s the ruckus about? California faces a gazillion-dollar deficit, and among the many unpleasant consequences, tuition’s going up 32 percent. So of course blockading a building is the rational response — “rational” here meaning they brought in enough food and water to last through four days of moral preening.

END_OF_DOCUMENT_TOKEN_TO_BE_REPLACED

Sears Tower, Chicago.  I had a drink up there once, but this thing had not yet been installed.  I might have shit myself had I walked onto the glass: 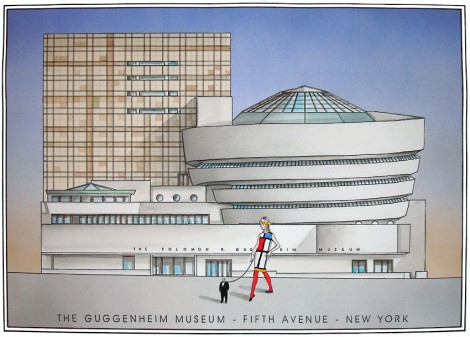 This is the Guggenheim museum in New York City.  It will turn 50 years old in October. Also, it recently underwent a complete exterior restoration.  It looks great, but I have no idea about the inside. When we went today to see the exhibit associated with the anniversary, the line was around the block.  Even the line to renew my lapsed membership was long, so we’ll give it a try closer to the end of the exhibition, August 23, 2009.