Our first item, comes to us from scenic Randolph County, where the local school board has voted 5-2 to remove all copies of Ralph Ellison’s Invisible Man from public school libraries, after the parent of an 11th grader complained about the book. Ellison’s novel has heretofore been considered  a classic of American literature and an invaluable portrait of the black experience in America and landmark narrative of racial alienation at a time in our nation’s history when, in many regions of the country, African American’s were routinely denied, not just the vote, but the right to eat, shop and attend school in the same establishments as whites. The novel won its author the 1953 National Book award.

However, this assessment has more recently come under fire by members of the Randolph County school board. Speaking for the majority, board member and literary authority, Gary Mason, pronounced that he “didn’t find any literary value” in the work, and so it has been banished.

Our second story, gentle reader, comes to us from Charlotte, where, in a comedy of errors befitting a Three Stooges film, or Movie Night in Hitler’s Bunker, an injured African American man who managed to drag himself away from a horrible accident, found himself, first shunned by a terrified homeowner to whom he had turned for help, and then, riddled with bullets by a police officer who mistook the young black man’s pleas for help as an impending attack. Before making questionable decision to turn to white people in North Carolina for help with his injuries, Jonathan Ferrell played football for Florida A &M, where he majored in Chemistry.

Now, there may be some among you who would seek to find some link between these stories, to see an underlying commonality in a story about members of a white North Carolina school board who see no literary value in the great American Classic Novel of African American alienation and residents and police officers of a North Carolina city who react to the pleas of a wounded African American man with fear and deadly violence. But if that was your first reaction then allow us to assure you that you’re barking up the wrong tree and you couldn’t be more wrong. Trust us, there’s nothing to see here. Apples and oranges. Now, please move on. 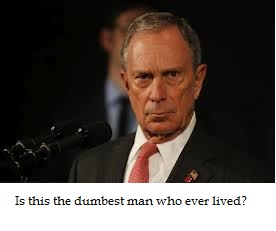 We’ll be the first to confess that there are times when Michael Bloomberg comes across as an admirable voice of sanity in an otherwise insane world. The New York Mayor’s courageous stand on gun control would be one example. And even his much ridiculed legislative jihad against monstrous, sugar laden soft-drinks surely has a laudable concern for public health at its heart. But there are times when the man takes positions that can only be described as stupid.

This is one of those times. In an interview published today in New York Magazine Michael Bloomberg accuses Bill de Blasio, the current Democratic frontrunner in the race to succeed him, of running a racist political campaign for prominently featuring his mixed-race family in campaign commercials:

I mean he’s making an appeal using his family to gain support. I think it’s pretty obvious to anyone watching what he’s been doing. I do not think he himself is racist. It’s comparable to me pointing out I’m Jewish in attracting the Jewish vote. You tailor messages to your audiences and address issues you think your audience cares about.

It’s truly mind boggling that the man who is most responsible for, and is the most prominent defender of, New York’s controversial stop and frisk policing methods, and who later in that same interview insists that the best way to reduce crime in the city is to get guns out of the hands of “minority males” could accuse another politician of racism for running campaign ads that prominently feature his mixed-race family. But then, I guess in a nation that accepts the notion that anti-gay propaganda equates to promoting “family values” while relentlessly slashing taxes in the hopes of driving the nation into bankruptcy and then dismantling our meager welfare state constitutes “fiscal/deficit hawkishness…” well, why not… Hell, let’s take it one step further and note that our president is perhaps the most racist individual alive today for having the temerity to run for office without once hiding the fact that he is black and the child of a interracial marriage.

(Update: New York Magazine is now offering the following text and tagging it as a “correction:”

Well, no, no, I mean he’s making an appeal using his family to gain support. I think it’s pretty obvious to anyone watching what he’s been doing. I do not think he himself is racist. It’s comparable to me pointing out I’m Jewish in attracting the Jewish vote. You tailor messages to your audiences and address issues you think your audience cares about.

The previous statement, in which Bloomberg describes de Blasio’s campaign as one characterized by “Class-warfare and racist” remains unchanged.)

(Via: The New York Times)

This morning, as we brewed ourselves a cup of coffee and eased into our couch, tablet in hand, to peruse the Sunday papers, one story in particular caught our eye. It was a Washington Post piece titled “Gun Deaths Shaped by Race in America.” We almost didn’t read the piece, because we knew what we would find: in America, a largely white-owned arms manufacturing and merchandising industry profits enormously from weapons whose most ghastly potential for mayhem and death is played out daily in the poorest, and largely minority populated neighborhoods of America’s inner cities. END_OF_DOCUMENT_TOKEN_TO_BE_REPLACED

“You get nothing. I get that for free.”

-Barack Obama, to Speaker of the House John Boehner

END_OF_DOCUMENT_TOKEN_TO_BE_REPLACED

Quote for the Day: The Lies We Tell Ourselves edition.

Although a surfeit of numbers are being bandied, a pertinent one is missing — the number of legislators who have pledged to Norquist not to raise taxes. The number is: Zero. All pledges have been to voters.

There are lies that are petty. There are lies that are outrageous. But some lies are just perplexing. Conservative commentator George Will’s laughable claim that Republican legislators who signed Grover Norquist’s pledge not to raise taxes, were not actually signing a pledge to Norquist not to raise taxes, falls into the latter category. Who is the audience for this disingenuous nugget of sophistical nonsense?  Surely Will cannot expect that there’s a single progressive reading his column who’ll buy the silly claim. Surely he doesn’t expect to convince recalcitrant Republican Senators and Congressmen who are publicly repudiating the pledge they made to Norquist, and insisting that it is to the voters in their district to whom they owe their allegiance. The Zombie army of Teabaggers? They need no convincing, whether the pledge was signed to Norquist, the voters, or the Dali Lama, it’s all the same to them. So one can only conclude that, stunned by the results of the last election that saw voters rejecting even a “moderate” GOP candidate by a significant margin, our addle-brained, shell-shocked protagonist is simply lying to himself these days.

The Fields Medal is awarded every four years on the occasion of the International Congress of Mathematicians to recognize outstanding mathematical achievement for existing work and for the promise of future achievement. 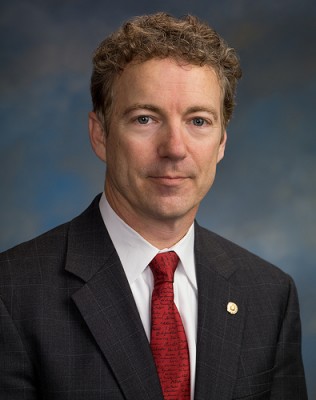 We currently give about $4 billion annually to Israel in foreign aid. But we give about $6 billion to the nations that surround Israel, many of them antagonistic toward the Jewish state.

Giving twice as much foreign aid to Israel’s enemies simply does not make sense. Our aid to Israel has always been to a country that has been an unequivocal ally. Our aid to its neighbors has purchased their temporary loyalty at best.

What “un-skewed polls” was telling us: 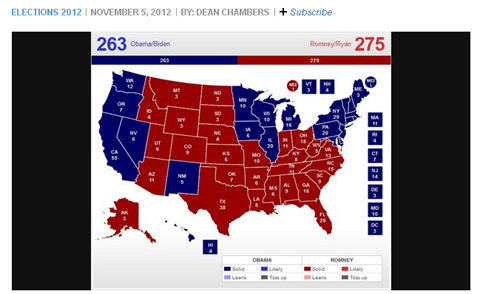