Fear and Trembling in America 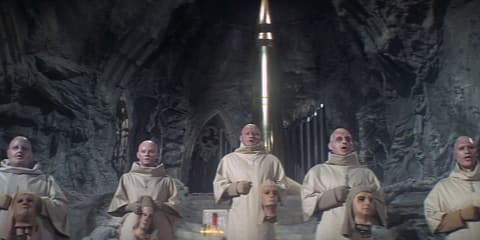 “All life ends in death”, the Facebook Stranger wrote. “Why live in fear until that time.”

He wrote that in service of the 787,000 Americans who have already died before their time. He wrote that citing a potential five million Americans dead of covid.

But it was the part about fear that got our attention. This is a common theme amongst the aggressively ignorant these days, that protecting yourself, your family, your community, against a viral predator amounts to cravenness.

Which, of course, doesn’t make sense.

Until you turn it around.

Because if those of us who get vaxxed and wear masks are living in fear — then you’re the brave hero!

There’s fear in that, of course, a compelling fear that we see in all aspects of endangered white supremacy: the fear of losing status, of being seen as weak. The fear is projected, because you can’t admit it to yourself: Taking reasonable, effective precautions against a massively viral killer can’t be the solution, because that impedes on your previously unquestioned dominance. So you’ll talk about rights instead, and when that’s not enough, there’s always nihilism.

Which brings us to the photo making the rounds of the stalwart Republican congressman and his family celebrating the holiday by posing around a Christmas tree.

Days after yet another school shooting that barely got any attention until the shooter’s parents made a run for it.

The obvious can be said about celebrating the birth of the Prince of Peace by wielding peacemakers — “Santa, please bring ammo” read the tweet — so consider it said.

Instead, we were reminded of a long-ago image, in the movie that followed Charlton Heston cursing humanity on the beach before the half-buried Statue of Liberty.

Turns out there were human survivors of the calamity, now living in the caves of former Manhattan. They kept their religion, too, in a way, transposing it onto a tall shiny cylinder that was the closest thing to God now:

Okay, sure, a bit heavy-handed, even for 1970. But let the metaphor simmer for fifty years, and here we are.

The Kentucky congressman is living in fear, too, his performative bravery not hiding it but exaggerating it. Which is admittedly fun to mock, but exposes our fear:

That soon these people who care nothing for human life will be coming for ours.

/GOPnazi Death Cult/
They’re terrorists celebrating mass shootings.
Someone should twit out a photo of jihadists brandishing their rifles and intent to kill for comparison.

So much Peace on Earth and Good Will To All. Daddy’s got the biggest gun among the boys. Mommy and daughters are carrying smaller weaponry.
Sometimes a terrible Xmas card with metal penis extensions is just a metaphor for someone (daddy) wants a big dick.