Plight of the Bumblebee 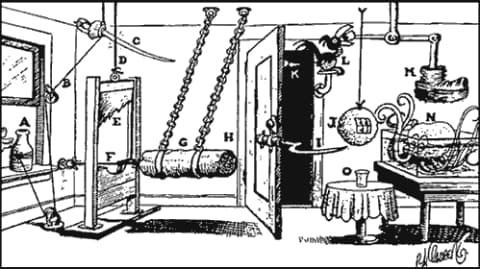 It was the Smithsonian headline that got our attention: “The American Bumblebee Has Vanished From Eight States”.

One of them was our ancestral home, Oregon. So we posted the story to Mark Zuckerberg’s Living Hell. Upon which an ancestral homie mentioned that he saw a bumblebee in Eugene last summer.

Yeah, well, anecdotal exception. But we couldn’t let it go. So we did what we do, and dived in.

Let’s take care of the discrepancy first: “American Bumblebee” isn’t a generic descriptor, but Bombus pensylvanicus, a specific critter — and only one of 46 species stateside. And while it’s true you’re not going to find one in Oregon any more, it’s been fifty years since the last one was seen there. They never really made it past the Rockies in the first place.

But they once were abundant in the rest of the country, and now they’re not, and because only 10 percent remain — most have disappeared in the past twenty years — they’re up for being listed as an endangered species.

Global warming strikes again, you might think, because that’s always the first suspect with news like this. And while contrary to legend, bees are aerodynamically sound, they fly their best in a given range of temperatures, so new extremes aren’t helping. But that ain’t the main problem here.

Instead, we’re looking at what are now old-school causes, the havoc we were collectively creating before global warming took center stage: pesticides, habitat loss from human land development — and disease from imported and domesticated bees. It ain’t climate change, but it’s still on us.

Here’s where you might recall some important middle-school biology: Bees help plants fuck. Particularly plants we enjoy eating. Us and those climate-endangering farting belching cows, which we also enjoy eating. So you might think a story like this also includes a drastic drop in corn fornication, forcing humanity to go scavenging for pizza rats in subway stations.

But it doesn’t. Those bees are fine, right now, anyway. Those are the scab bees we’ve imported and domesticated to Do God’s Work on the landscapes we’ve plowed under to grow the precision-engineered crops with their precision-engineered pesticides that feed our bellies and feed the cow bellies that also feed our bellies. They’re fucking just fine.

Chasing down that detail — the consequences of wild bee fuckers not fucking like they used to — is what finally uncovered, for us, the real problem here:

We don’t know what the hell we’re doing.

Humans, as a species, are awesome engineers: We’ve remade the whole damn planet, and we’re well on our way to changing the skies, too. We’ve doubled our population in mere generations, yet we’ve also industrialized agriculture to keep up with it.

Bees were doing relatively fine until around 1940. That’s when war — and the agriculture to sustain it — ramped up. That’s the era of majestic dams, soon to be followed by majestic superhighways.

We’re damn good engineers — case by case. Identify a specific problem, and we’re on it. Forest fires? Yeah, we got that. Or did.

Being from Oregon, we grew up with that one: Maybe we couldn’t prevent forest fires, but we got pretty good at putting them out.

Too good, it was discovered. Turned out forest fires didn’t just turn the land into a nightmare hellscape — the heat was also needed to pop some pine cones — and hatch new trees. Our engineering brilliance almost prevented forest fires for good— by removing forests from the equation.

Or take those dams, particularly the set along the Columbia: Harnessing nature’s might to prevent flooding and generate massive electricity! Only now you’re preventing the Columbia salmon from coming home to fuck, since they like their water cold, and dams warm it up.

Engineer first, ask questions later: That’s what we do. And then we try to engineer our way out of the problems we create — creating more problems.

And that’s how you get catastrophic failure, kids: Our collective inability to understand the collective consequences of our collective actions, because while they take place in a blink of the world’s eye, they unfold over generations of human time. By the time we realize what the hell we’ve been doing all along, it’s too late.

So no, if the American Bumblebee vanishes, it’s not in itself the end of life as we know it. Nature is a system, not a species. But we’ve been methodically engineering all the failsafes out of the system without an understanding of the whole, and by the time we do understand how the pieces fit together, well, they’re gone.

And us with them.

Plant fucking is as close as I get to Stinque After Dark these days.

Do plants actually fuck, as in cob on cob action or what have you?

My slateboard-based biology class involved something to do with stamen, and pollen, and some other plant anatomy with a distinctly Georgia O’Keefe shape.

That would put the bee in the position of unpaid inseminator, unless there is value in the honeypot.

Now I feel all sticky, and will let myself out.