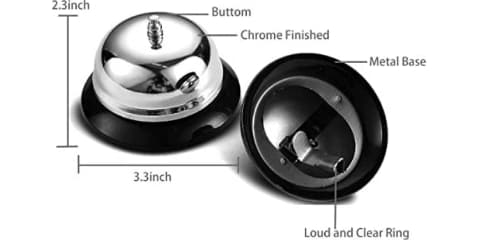 Let us begin by stipulating that our healthcare system sucks in this country. We’ve socialized our police and fire departments, most of our education, even water and power in some places. But if you break your arm or have a heart attack, you’re on your own.

For a small but significant percentage of us, that was an early issue with the covid vaccines: How could they possibly be free? Nothing else like that is — never mind “vaccine hesitancy”, you don’t dare call 911 for an ambulance for fear of financial ruin.

If the point of mass vaccinations is to limit the human petri dishes that a virus can thrive and evolve in, that’s a problem. But by no means the greatest.

Malevolent stupidity is the problem.

No news there. We’ve all seen the stories: Defiant superspreader events, overcrowded hospitals, and lately, mandated triage. We’re going to be living with covid for a long while yet, not because it’s an unstoppable force of nature, but because we as a species are collectively incapable of protecting ourselves.

Sure, the vax is free — government mandate. So is testing. But if you catch the rona, the only reason you haven’t been billed for the pleasure of having a tube stuffed down your sorry throat is the kindness of corporate strangers.

Insurance companies are now regarding covid hospitalizations the same as everything else they cover, meaning deductibles, copays, and the rest out of your hide. It wasn’t like that at first, not because they were good citizens, but non-covid costs were down, profits were up, and, well, they wanted to look good before the Feds decided to mandate that, too.

Their good behavior started ebbing last November, and with vaccines now readily available, most have reverted to the good capitalists they are. (Except in the socialist meccas of Vermont and New Mexico, where covid hospital coverage is mandated by the state.)

This is going to hurt people who don’t deserve it, and to them we apologize for what we’re about to say, and refer them to the opening paragraph about the suckage of our healthcare system overall.

But for the rest — let’s see, how should we put this — it’s about fucking time.

You grownup spoiled children whining about your freedoms, you got it, folks. Go forth and multiply infections, empty the farm-supply shelves of magical horse elixir, gather in large groups to take in the aroma of each other’s pestilence, and when you suddenly need to drain the limited hospital resources the rest of us still rely upon, here’s your damn bill, plus handy GoFundMe instructions to reap the fruits of your suddenly constrained independence. Go to fucking Hell if instead you leave the hospital through the back door after you’ve posted your last Instagram video pleading with people not to be as fucking stupid as you were before you drew your last intubated breath.

But before you check out, know this: We’re ringing a bell for you. Not a church bell, because we’re no angel, but one of those desktop bells, the kind you used to see at hotels, the kind salesmen used to ring when they bagged another patsy. Ding! Ding! Ding! One less idiot plague-spreader! Let freedom ring!

That’s the problem here in socialist Canada City. I’d like to send all the CoVIDiots a bill for the hospitalization. I don’t want to subsidize mass stupidity and irresponsibility.

@ManchuCandidate: Meanwhile, how about them Libruls? That good? I’ll have to give up my citizenship if I pay attention to Canadian politics longer than an evening. Although in my defense, I’m only this aware because I follow Jeet Heer on Twitter.

Canadian media calling the election before polls have closed in the West takes me wayyyyyy back.

Praise the FSM and kiss your pet walrus that the Liberals are still in the saddle. Add this to Jtru’s relatively short but inexplicable list of self-induced fuck-ups over the last few years. He’d better not call another snap election in the next few years, or so help me Satan…

@nojo:
Woo? Considering all that happened. Back pretty much where we started.
The one thing is, there is no major breakthru in the West. No way, but not surprising as Alberta/Sask have become CoVID Central as opposed to where I live in large part because they have the same mentality (selfish, stupid, ignorant and fucking nuts) as your CoVIDiots.
We’re all waiting for the inevitable lockdown as the 4th wave among stupids comes around.The way I break down the parties is this:Cons – used to be Centralist Dems, now GOPers with a base of rabid morons from the gun nuts (we have a few ) to the libertards to the fundies and western seperatists.Libs – more competent than Dems, swings left/center to right/center depending on the country’s mood.  Enrages NDP types because they stole, er, implemented medicare and some of their less radical ideas in the 60s/70s.NDP – allegedly the progressive/inept wing of the Dems, but nowadays toadying up to the Cons because they hate the Liberals.  They thought 2015 was their destiny year to be finally in charge and not a political joke.  The Libs went more left and won which made them even crazier.  Jack Layton (alleged saint) made a deal with the devil (Harper) to keep them in power for almost 5 years in minority government.  Their leader Jagmeet Singh is a poseur progressive.  Blames Libs for no Federal child care plan among others, but his party (which is allegedly supporting it) scuttled it the last time it was attempted in 2006 and in 2020.

@ManchuCandidate:
NOOOO, not Jack!!! One of the only politicians in modern history with any real integrity. Say it ain’t so.
I watched the interviews with the party leaders on CBC, and damn it really is alternate reality run by sane people (excluding Alberta; Jason Kenney can suck on my sweaty nutz).
Annamie Paul was just so genuine and darn-right human in discussing the problems facing your country. It’s a mystery to me why she’s so reviled by her own party, though I haven’t been following that tiresome drama.
JTru and Jagmeet Singh both seemed completely surprised that people expected them to have actual, realistic plans to turn their proposals into policies and implement them, sooooo that’s a total WTF. Do they not have interns that can prepare Powerpoints combining nouns and verbs?
I expected Airhead The’Toole to begin cackling and guffawing until he turned into a dragon and ate Rosemary Barton, but overall he sounded like any loathsome ‘centrist’ American Demonrat. Bye, bitch.

Oh and somehow +++winning+++ the election is BAD NEWS for JTru and the Liberals. ‘Cuz now they have to continue governing???
Nice to see that Canada City has the same shit-on-a-plate hot takes as we do here in Plantation America.

NEW YORK—Noting the numerous therapeutic benefits of cannabis, a new study published Tuesday by researchers at Mount Sinai Hospital found that marijuana ranks among the foremost treatments for persistent existence. “Many of our patients who incorporated marijuana into their daily routine experienced tremendous relief from years or even decades of chronic existence…”
The report added that marijuana also appeared to treat related conditions such as clinical consciousness and acute reality.

@¡Andrew!:
O’Toole sounds like a Centrist, but his power base in the Tories is the fundies and Social Conservatives. His praise of ineptacon Jason Kenney’s CoVID non-plan which didn’t affect him out west.

As for Justin, he’s sometimes flakey, but unlike Jagmeet he’s done what’s needed. Jagmeet doesn’t strike me as all that strategic.

Annamie Paul is probably the most honest, but the Greens running (maybe not their supporters) tend to be of the kook variety like yours.

As for Jack, yeah. I always wondered why the NDP always attacked the Libs and rarely the Cons during the Harper era. In some ways it explained why the media always went with the “wither the Liberal Party” bullshit for almost five years while cheerleading Jack.

@ManchuCandidate: I’ve definitely noticed a rightward turn in the Canuckistani media ever since JTru had the balls to defeat Harperbot 3000–IN A BLATANT POWER GRAB(!!!).
As if political parties have some other purpose???
They’ve always hated him and have never had a kind word–I find it mystifying. Even at the supposedly impartial CBC, it’s like they’re gnashing their teeth, it’s just bitch, bitch, bitch.
They must be super jealous of the non-stop chaos, cruelty, insanity, destruction, and incompetence that we enjoy south of the border. It’s great for the gaslighting “news” bizniss.
That said, while JTru’s wounds have all been bizarrely self-inflicted, he has been a competent, dare I say inspiring leader, at least early on. Someone who clearly cares about the country and his legacy–forever entwined with his father’s–very seriously. It’s a relief to know that the whole world isn’t completely fucking crazy.

@¡Andrew!:
Thanks Conrad Black and his right wing swing of the media. I stopped watching/reading most Canadian MSM because of it.
They freaked because the Libs came out of nowhere in 2015 as the expected was a Con minority or NDP minority.