Stinque
Home Latest Comments Log in
If it smells, we’re on it.
Stinque
Mastodon: @stinque@mas.to
Get Me Rewrite 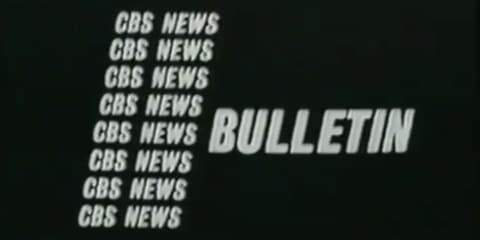 The world is always changing that way, days when America Will Never Be the Same Again. Our parents were born a few years after one of those days, the stock market crash of 1929. They lived to see Pearl Harbor, Hiroshima, the Cuban Missile Crisis — and that day in November 1963, which we never thought to ask them about.

We had our own Days to deal with. We’ve had plenty since.

We don’t recall much observance of the twentieth anniversary of Dallas, although that may be because we had stopped watching television by then. An acquaintance insists it got plenty of attention, but when your birthday is November 22, you notice those things. But the world we had grown up in was After, not Before, and Camelot was just another given, a precondition of our existence.

We had known those Befores, contrasted with those Afters. Those weren’t the hand we were dealt, but hands being played, usually poorly. Possible, better, futures were being precluded as we went. But the moment we were born into, under a 49-star flag, well, can’t help that. That’s just the baseline. The First Before.

We’re twenty years into the Post-That Era now, and there’s now a generation of adults, drinking legal beer and — golly! — smoking legal weed, for whom there is no Before, only After: The wars, the hurricane, the crash, the black dude, the crazy dude. That’s their world. That’s all their world, just as you’d have to get beyond the Tet Offensive to start ours. And while we may have another twenty years before we check out, they’re staring down another fifty or sixty.

We wonder about them, the kids who will live to see most of this century, the kids just behind them who will see the start of the next. Those of us who can tell you where we were that morning have been dying off ever since, our stories as mouldering as Jack & Marilyn & Camelot & the Thousand Days.

America changed forever in November 1963, just as it changed forever in September 2001, just as it’s been changing forever forever, but that’s not the Before & After that would preoccupy us if we were 24 today. The world’s melting, man. The joint’s burning. Water’s drying up. Oh, and that fucking pandemic, too.

If we’re 24 today, forty years from now we’re gonna marvel how a whole country got its knickers in a twist over some fucking french fries. Because America may have changed forever that day, but the whole damn world changed forever in the days since.

I’m hopeful that we’re at one of history’s great turning points. After forty years of right-wing dystopia that began in earnest with Reagan, we’re finally about to break free from these historical shackles. The last 20 years of mass psychosis have been too great for our nation to bear; a society built on propaganda is a house of cards.

The zombified Republinazi party is obviously ripe for collapse; the pseudo-“intellectual” foundations crashed in 2008. They don’t even have a real platform, or anything other than greed, lies, hate, and endless grifting from lunatics and con artists. It’s all like a morality tale from hell.

Then there’s the weak, corrupt, incompetent corporate Democrats. We have to survive them, too.

At this new beginning though, demographics are destiny. We just have to hang in there long enough. By 2030 this will be a very different country.

@¡Andrew!: At the Dawn of Reagan, there was chatter that the New Deal was coming to an end after nearly fifty years. So, I guess that’s the rule: Takes a half-century to flush the system.

CoVID has exposed the stupids/crazies for what they are.

If we had to draw a venn diagram of Teabaggers, Gun fondlers, Anti-Vax, Anti-Mask, general assholes, online trolls and anti-abortionists it would look a lot a misshapen circle (or a spirograph) where the bulk of them would be.

Watching them protest hospitals and preventing ambulances/staff from entering here (in Canada City no less) just increases my contempt for these fuckwits more and more. Then they lie about it in a pathetic attempt to look like they’re the good guy.

Huge relief over the failed California recall and what a loss would have meant for the Left Coast. We dodged an insane asylum-worthy, flaming GOPnazi train on that one.
Now praying that Canada City keeps JTru and tells Airhead The’Toole to piss off.

@¡Andrew!:
The polling has shifted towards Jr. Despite the lousy first week or so campaigning, the numbers haven’t shifted in the Tories direction despite “horse race” slather from the right leaning MSM.
The Libs are going to dominate most of the urban/suburban ridings. Rural areas and Alberta/Sask, not so much.Mostly likely a stronger minority government.  Possible chance of majority.

@¡Andrew!:
One can look at it as Karma comes in the form of CoVID.