Stinque
Home Latest Comments Log in
If it smells, we’re on it.
Stinque
Mastodon: @stinque@mas.to
Mourning in America 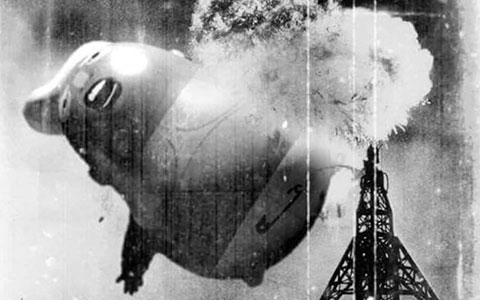 This is the case. If it were not the case, everything would look and sound a lot different.

And then we realized they’re all hopeless and useless. Feckless, even.

Of course, none of this is new in kind, only in degree. These people have always been among us, their sins visited upon us, their prejudices and greed and fears smothering us through our government. They abide the slaughtering of innocents, the kidnapping of children, the targeted misery of others. They profess to be Christian, but they ignore the Gospels. It’s all Leviticus and Paul to them, never Jesus.

Meanwhile, record highs have been set across the Northern Hemisphere. It won’t be a Flood this time.

We are not yet hopeless — not yet ready to descend into late Twain or mid-Mencken — but only because we can’t bear the thought of letting the bastards win. There’s too much at stake to surrender, too many people who have it much worse than we do, too much love still in the world to forsake, despite dedicated efforts to thwart it at every turn.

And yet we wonder what it will take. We know we are not alone in our frustration and anger, we know that Polls Show a majority of Americans aren’t happy with the state of things, we know that if we had an actual representative democracy, a functioning republic, that we would not be in this position.

We remain hopeful because we have to be, but we recognize how deeply fucked shit is, and only getting worse. And we don’t know how much time remains to fix things before they break completely.

@JNOV: I haven’t had a good editor in like forever.

I’d like to think that this horrifying episode finally will force this country to confront its toxic, destructive racism in an even more profound way that #MeToo has brought the battle against sexual assault. Could go either way, I’m displeased to acknowledge.

That said, we’ll know after November.

@¡Andrew!: It’s gonna be like Iraq and the banks: No reckoning. The elites will circle the wagons, like they always have.

Something like a T&R Commission would take a revolution. Power looks after its own.

@nojo: My talents are wasted.

Elon continues to be a douche.

Best comment: Shut up and go to Mars already.

I can’t watch Michelle Wolf’s show because I can’t get used to her voice, but…”Elon! You’re a genius inventor! Can’t you invent a girlfriend your own age?”

In other news, very much enjoying Killing Eve.

@JNOV: Binging Mad Men, because I’d like to see Elisabeth Moss win for once.

@¡Andrew!: To cheer you up, some fotos of the Unicorn in Madrid enjoying art and interacting with the tasty tapa leaders of Spain.

Holy shit, Treason’s suddenly showing up in Elite Conversation. I may need to fan myself.

The dogs are starting to bark.

@SanFranLefty: Sadly, Obama has been the biggest disappointment of this entire ordeal. He’s one of the most respected leaders on the planet—he should be leading the resistance—however his whole attitude is “I’m ca$hing in, so you suckahs are on your own. Peace, bitches.”

This humiliating slummit, along with the treasonous GOP senatards’ trip to Ru$$ia over the 4th of July holiday, is a prelude to the horrors that Tdumbp and his Republinazi coconspirators plan to unleash against us in the upcoming months. A false flag “terrorist” attack seems most likely, or maybe they’ll just flip the midterm vote totals to ensure that the Greedy Old Psychopath kleptocracy continues to hold us hostage.

And forget about the CIA or the FBI riding to the rescue. They’re either totally incompetent, or they’re Republinazi sympathizers that’re in on it for themselves.

It’s worth remembering that the RNC also was hacked, yet Ru$$ia/Wikileaks never released their emails. FSM only knows what kompromat they have on the Gross Oligarch Perverts, yet that does partially explain their bizarre behavior, like siding with Ru$$ia by constantly attacking our own law enforcement agencies.

Ugh, now that the government has lost all credibility, conspiracy theories are all we’ve got left to attempt to make sense of this seemingly endless nightmare.

@JNOV: Elon Musk always has been a self-serving, greedy, con artist asshole, as people seem to discover for the first time every week.

Greed is God
Treason is Patriotism
Stupidity is Strength

@¡Andrew!: I go back and forth on Barry. Part of it is some sense of Ex-President Propriety, part of it is wanting his followers to find their own strength — and I fear part of it is what he has always faced, the fear of being an Angry Black Man in public. I don’t think it’s the book deals, but some judgment that if he steps up, it will be counterproductive.

It can also be said that time’s up for introspection. Which is why I go back and forth.

Did some mockery of Jon Stewart’s MO in this week’s ep (at least I think she did.)

Treason is the reason for hunting Trump’s campaign aides season.

Thomas Friedman joins the Treason Chorus. The cab drivers must have got to him.

“After today’s attack on U.S. intelligence agencies, we have officially moved our line in the sand to President Trump being caught on video, vigorously pleasuring himself to completion amid the graves of fallen U.S. soldiers,” said Senate Majority Leader Mitch McConnell, who claimed that in order for Republican officials to begin blocking Trump’s nominations or voting against his policies, the video must be at least a half hour of the president with his pants around his ankles, humming the national anthem, and giving the middle finger to the Tomb Of The Unknown Soldier.

Is it just me, or has everything suddenly calmed down? I was expecting Outrage Day 2, and it’s pretty much crickets out there.

@nojo: I noticed the same. Apparently, the major news outlets can’t get any more Republinazis to go on record. Maybe the ‘pubs are frantically trying to figure out how to spin this treason as a total victory for Dear Leader, and we’re the ones who’re the Reverse Traitors for our loyalty to the US.

Have we been in some alternate reality or twisted time warp for like 501 years? Funny how days seem like years under the Twitler regime.

@nojo:
That Friedman is cutting edge.

@¡Andrew!: Someone suggested the Hadron Collider fucked up the timeline.

@nojo: OMFG We’re trapped in Escape From The USA and they’ve already sent in Snake Plisskin!

Figures this is how it’d all end—trapped in a third-rate, trashy sequel.

This country sure does need a hero.

@¡Andrew!: @nojo: Egypt just needs to go ahead and open that sealed black sarcophagus they found. Let’s end this all right now.

@Mistress Cynica: Have they solved the face-melting issue yet? That’s always the catch.

@nojo: Just close your eyes, Mariam, and don’t look at it, and your face won’t melt.

Meanwhile, Crazy Smokeee Eyes Huckabee says Trump & Team are considering Putin’s request to “turn over” former US Ambassador to Russia Michael McFaul to Putin for questioning. Said Ambassador works on the Stanford campus only a 30 minute (to 90 minute, depending on traffic) drive from my house and I will chain myself to the Hoover Institute if that’s what it takes to keep Mango Mussolini’s ICE Gestapo agents from arresting him.

The current U.S. diplomat said the openness to turning over McFaul capped off a shocking week for U.S. geopolitics.

“The president has first and foremost his interests at the top of his mind, as opposed to the government’s. That’s very clear over the past week and a half, between shitting on our NATO allies and kissing Putin’s ass,” the diplomat said. “He cares more about himself than the nation and any of us who serve it.”

The diplomat continued: “Either he’s compromised by Putin or he’s a pussy, in which case he should grab himself.”

Meanwhile, whether or not QE-II intended to do it, I LURVE this theory being promulgated by all my favorite ghey fashionista bloggers that Betsy Windsor was throwing major shade at Twitler during his visit to London by way of her brooches. Fuck yeah, and just compare it to her interactions with the Obamas, the Clintons, or for that matter, when she and Prince Phillip visited Austin and she got to hang out with Ann Richards and Lady Bird…

P.S. I’m sure that JamieSomers will join me in saying, “Let loose the Corgis!” – I just wish Betsy had done it.

Demons not released, faces not melted, but still more found than in Capone’s vault.

A bit of good news to brighten our day:

Why did they need translators, anyway? Putin speaks fluent English better than Benedict Donald; did he need a native speaker to understand Tdumbp’s gibberish word salad?

So just to wrap up: Prezinazi AntiChrist on Monday openly committed treason live on global television, all but screaming “I’m handing control of the US government over to Putin’s Ru$$ian mafia, and I’m a lying traitor, you dumbfucks!”

Polling in the aftermath indicates that 80% of Democrats, and 60% of independents disapprove of turning the US over to the Ru$$ian dictator. However 90% of Republinazi voters approve of the move, praising Putin as “a strong leader better than any Democrat,” while 10% feel that Nancy Pelosi used her witchcraft to trick Tdumbp into saying it.

This is such a funny, unexpected story about it from creator Phoebe Waller-Bridge. https://www.youtube.com/watch?v=96-nDLUAIcY