Stinque
Home Latest Comments Log in
If it smells, we’re on it.
Stinque
Cassandra was right.
Stinque Book Club

The Unbearable Lightness of Blurbing 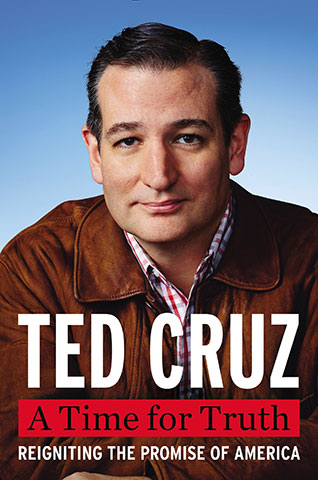 Title: “A Time for Truth: Reigniting the Promise of America”

Complete Blurb, Managing Not to Say Anything Specific, Especially About Canada:

Liberals love to hate Ted Cruz. The outspoken Texas Senator has a knack for getting under their skin. His quotable remarks — and even more, his principled stands on numerous national issues — have made him a political lightning rod and the most googled man in Washington.

There is a simple reason Senator Cruz has dominated so much of the national conversation. Since his election to the Senate in 2012 he has refused to go along with the established way of doing business in Washington. As a result, he has become a voice for millions of Americans frustrated with governmental corruption and gridlock.

Telling the truth is a radical act in our nation’s capital — a city dominated by empty promises, meaningless “show votes,” and a self-protection racket designed to get politicians re-elected rather than heeding the demands of the American people. Cruz has told the truth — about Washington collusion, a corrupted political process, and the institutional barriers to actually fixing the enormous challenges we face.

In A Time For Truth, his first book, Cruz tells his story as a Cuban immigrant’s son who made it to the Ivy League, to the Supreme Court bar, and eventually the U.S. Senate. It’s a deeply personal journey that begins with Cruz’s father experiencing brutality in a Cuban prison and ends with Cruz’s discovery that Washington has neither the courage nor the desire to preserve the freedom and opportunities that gave hope to his father, and millions like him.

Pulling back the curtain on the backroom deals between Republicans, Democrats, and the lobbyists who keep them in office (instead of keeping them accountable to their constituents), Cruz offers an inside look at what has gone wrong in our nation’s capital. He argues that the need for change is urgent, and that the only way to bring about real change is to revitalize the Constitutional principles that made our country great.

It’s a book that will win Ted Cruz few friends in Washington. Then again, that isn’t why he went there in the first place.

Review: “Cruz proves he is more than Green Eggs and Ham”

Footnote: Just to settle things, Mama Cruz was Delaware-born, and little Felito moved to Texas when he was four, well before he could have imbibed the bitter fruits of Our Northern Socialist Paradise. Even his self-adopted nickname is understandable: “he didn’t switch to ‘Ted’ until his early teens, after tiring of other kids not being able to pronounce his name”.

Dude’s still a raging asshole, but we’re left to address that on its own terms.

A Time for Truth [Amazon]

A man of so little doubt and so sure of his righteousness.

Remember when he tried to shut down the US gubbiment and crash the global economy because he couldn’t get what he wanted?

Now that he has discovered Washington is broken, does he explain why he is working so hard to spend the rest of his life in the middle of it? He could always resign and join the Fox Newz roster of political clowns lamenting the loss of Ward Cleaver’s America.

Let’s see Rafael adopted “Ted” in his early teens so that would be early 80s. Ted is sometimes a nickname for Edward, but more common for Theodore. Mmmmm, early 80s – maybe adopted from Bundy a fellow who worked in Republican campaigns in Washington State.

@weejee: I will grant that Ted for Edward is somewhat archaic, and I’ve walked this Earth a good decade longer than Felito.

The only Ed—>Teds I knew about growing up were a good generation older than me (i.e. Kennedy), and odd on the ear — any closer or beyond that, and we’re into Haskell and Vedder.

Bundy aside, there likely is some mildly interesting sociological story behind the choice, which we’ll probably never hear. But if you wanna start a #WhyNotEddie hashtag, fine by me.

@weejee:
Or maybe he wasn’t a fan of the teenage mutant ninja turtles.

“he didn’t switch to ‘Ted’ until his early teens, after tiring of other kids not being able to pronounce his name”.

Horseshit. Do you know how many Rafaels there are in Texas? Hell, we can even properly pronounce names like Xochitl, Ines,Felipe, and Jesus.

I’m sure it’s not a coincidence that at least two of the GOP hopefuls are running from their own names (*cough* Piyush *cough*).

As a result, he has become a voice for millions of Americans frustrated with governmental corruption and gridlock.

Oh yeah, Cruz wants to do away with gridlock by shutting down the government.

@TJ/ Jamie Sommers /TJ: Alejandro, Joaquin, Concepcion, Josefina, Lupita, etc. For fuck’s sake, there was a Cuauhtehmoc at my summer camp one year.

Back on topic, Rapheal ain’t an angel.