Stinque
Home Latest Comments Log in
If it smells, we’re on it.
Stinque
Mastodon: @stinque@mas.to
Our Long National Nightmare 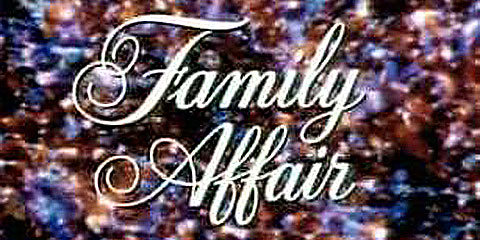 Our journey begins in the White House Stenography Room, where Flack-in-Chief Jay Carney prepares to commit a Ziegler and declare a previous statement Inoperative. You can feel the tension mount as the Obama Administration is about to be shaken to its core:

Fox News’ Ed Henry asked Carney about the claim by the President’s uncle, whom Carney cut Henry off to characterize as “his father’s half-brother,” and why the discrepancy in the stories.

And there — right there — you know we’re in for a Thrilling Adventure. Maybe there exists one of those complicated exceptions where Your Father’s Half-Brother isn’t Your Uncle, but — free advice! — you probably don’t want to press that point before The Eyes of The Nation.

So what did the Putative Uncle know, and when did the White House know it?

It seems — please, sit down, dismiss the children from the room, the usual drill — he once met Barack Obama.

We know! It totally lets Kennedy off the hook for Giancana!

There the story would have ended — a quiet life spent under the radar — except for that drunken-driving arrest in August 2011. “I think I will call the White House,” said Onyango. The Boston Globe certainly did some months later, and got this response: “He has never met his famous nephew, according to the White House.”

Onyango certainly never met Mitt Romney, but that didn’t stop The Great Panderer from calling for his deportation at the time.

And there the matter rested, until Tuesday, when Onyango’s hearing came up. Not only have I met Barry, he insisted, dude slept on my couch for three weeks. While waiting for his apartment to become available. When he started Hahvahd Lahw. In 1988.

We will allow for a fair degree of snickering here, maybe some arch eyebrow-raising, even some healthy suspicion — it ain’t the Rosemary Stretch, but we’re not obligated to give preznidential flacks the benefit of the doubt.

On the other hand, we’re not these idiots:

And, from one of Our Favorite Assholes:

He is a liar without equal, but it’s a first that he admit it. Obama admits he lied — he did live with Uncle Onyango Obama. I wonder why Obama would own up to it. You know there is some other motive at work here.

Thanks, Pam. We’re gonna miss you when you’re gone.

You may notice that all our Wingnut Friends are manifestly wrong, at least given the facts as known. The reason Reality Has a Liberal Bias is that conservatives keep running away from it.

And so we end our journey where we began, with Ed Henry forcing Jay Carney into some esoteric family semantics. If you’re through snickering, the Unabridged Excuse actually makes a bit of sense:

Carney explained that the first time the White House was asked, they checked records, including the President’s books, and found no record that the two had ever met, but had not asked the President about it at that time.

We’ve seen enough West Wing to know that CJ doesn’t pester Bartlet with every detail that comes up during a press briefing. Maybe they should have asked him the first time. Or maybe they did, and decided his answer was too Explosive! to divulge, and Darrell Isaa should get on it.

Or maybe, just maybe, nobody gives a shit.

First it’s The Sound of Music and now this.

This is not the America I grew up in, people. OK, well technically I did not grow up in America but if I had it wouldn’t have been this America. It would have been the America where a boy and his dog are safe to walk down the street, a young girl can dream of a suitable marriage, a wife can fix a pot-roast for her husband while he’s getting blown in a rest stop. That America.

I want my country back!

Got a promotion at work of sorts. Assigned to a new pilot project which was shocking to many because I’ve only been there for 8+ months. Hard work and showing off some intelligence pays off, I think. Also I’m one that doesn’t whine (publicly) about the assignments he’s drawn.

@ManchuCandidate: Good for you. When do you get to start firing people?

@ManchuCandidate: He modestly omits mention that the crew at io9.com is in awe of his fake lyrical skillz.