The Curmudgeon’s Danksagungliste: When the Bourbon Just Isn’t Enough

Okay, let’s face it. It’s been a rough year.

So, maybe not as rough as the year before, and definitely not as bad as 2008-2009, but still pretty rough, all things considered. Overt racism seems to have made a comeback of late, and Boehner and the rest of his jackanapes still arglebargle and caper in the House to the detriment of common decency and good governance. Unemployment hovers around 7 percent, and they decided not to put the pilot for Joe Hill’s Locke and Key on the air, which is holding up the goddam movie.

These, and many, many more things, suck this year. Miley Cyrus sucks. Kanye West is an idiot. Michelle Malkin still has a column, and what the hell is going on with this heathcare website thingie? Get it together, Mr. President, I have to sit through my conservative relatives comparing the ACA to Dachau all weekend because of this. Also, really tired of Louis Gohmert. Reaaaaaaalllly tired. I’d like some fresh wingnuts, please, if I have to deal with wingnuttery at all.

Still, the reason for the holiday, ostensibly, is to give thanks. And as many of us can’t see the forest of gratitude for the trees of student loan debt; unemployment; and discrimination against lady-bits, sodomites, and general brown-ness; I offer here ten gems. Ten reasons to be thankful this turkey season. 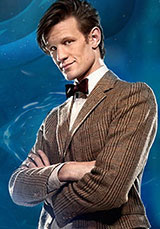 Okay, so it’s a tad geeky and over-the-top, so what? This year the good doctor’s programme turned 50, and the basic premise of the series — that life is an adventure to be shared — is still at the heart of each episode. Go on, I dare you not to watch the Doctor save the planet (England) for the umpteenth time and not smile. This last season brought us creepy weeping angel statues that only move when you aren’t looking, the heartbreaking departure of Rory and Amy, and a tantalizing glimpse of the Twelfth Doctor. Say what you like about the series, it’s lasted as long as it has because the premise is brilliant: A good TV writer can literally take you anywhere, anytime, and as far as imagination can travel.

Also, the Eleventh Doctor is super-hot. I’ll miss him. 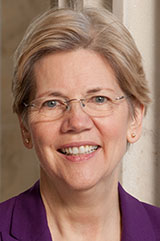 The senator from Massachusetts and special advisor to the Consumer Financial Protection Bureau took office this year, and has been holding Big Finance’s feet to the fire at every opportunity. With an uncompromising insistence on common sense (why IS it okay for big banks to launder money for drug cartels with barely a slap on the wrist, while the average Jane can have her life ruined over an ounce of weed?) and a great sense of the soundbite, Warren has convinced me that there’s somebody actually looking out for the people’s interests in government besides Bernie Sanders.

And I don’t care what Lefty says, I think it’s high time for and all-vagina presidential ticket in the United States. CLINTON/WARREN IN 2016!

Yeah, it’s taken a beating from the drooling side of the aisle lately, but have you checked out some of the bigger advances this year? We can grow an ear in a lab, now. Yeah, that’s right, a whole human ear. Also teeth, livers, and blood vessels.

For those of you interested in something a little less David Lynch, there’s the amazing driverless car, the use of sickle cells to attack treatment-resistant tumors, and let’s not forget that we found the God Particle.

It’s not single-payer. It’s not even in the same universe as single-payer, frankly, and the byzantine ins and outs of this massive clusterfuck tend to obscure some of its greatest benefits. We’ve already seen pre-existing conditions and lifetime care limits go the way of the dinosaur, and this year Medicaid is expanding (where governors allow) at a rapid clip. Snapshots of states like California, Connecticut, and Kentucky have shown what the law can do when the mechanism for the law is in place and working well.

It’s not perfect, but it’s a start. Let’s not forget that for almost fifty years we’ve had no comprehensive health care reform at all. 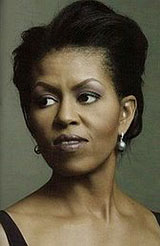 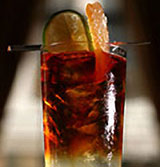 Reason 6: The Dark and Stormy

Okay, full disclosure, I have a financial stake in this, as Mr. Catt gets bonused if the numbers are big enough this weekend. Still, I’ve seen the film, and I have to say that Disney is definitely enjoying a renaissance. With music by Kristen Anderson-Lopez and Robert Lopez (remember them? No? Remember Avenue Q and The Book of Mormon?), it’s actually an effortlessly feminist princess story with a great deal of charm. It lives up to the hype, trust me. GO SEE IT.

Here is a little bit of the cute short they play before the movie, by the way. 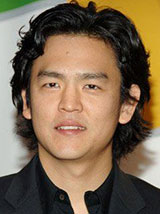 Proof there is a God. 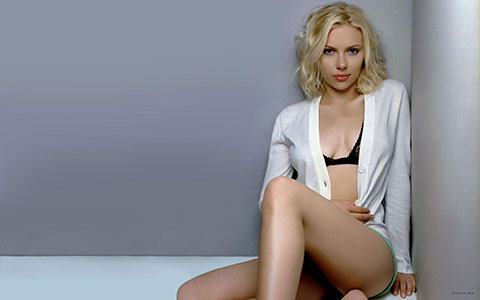 You can thank me later, Dodger. 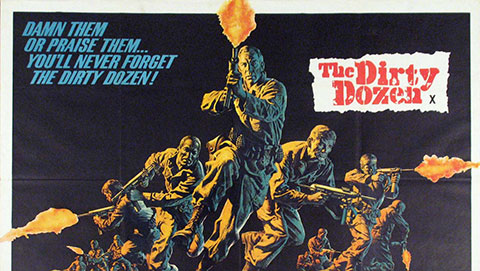 No, not the series, though that is good too. I’m actually talking about you guys, who, five years after our diaspora, keep coming back and keep keepin’ on. The site waxes and wanes, but I know that if I ever need to express an outrage, an opinion, or a butt shot I know where I have a group of friends 24/7. Special shout out to the regular bloggers — Lefty, Bloggie, Serolf, Chicago Bureau, and wossname, that Limey guy — who take time out so often to provide grist for the mill. And of course, Nojo, who keeps it going. Thanks to all of you, content-provider and plain ol’ ghost-in-the-machine alike. You still keep me sane after all this time.

So that’s it: Ten good reasons to be thankful this holiday season. Raise a glass tomorrow to at least one of them, please, and share your own in the comments. We’ll get out of this recession hole one day.

(Here is another pic of John Cho, because look how beautiful his eyes are.)

…with extra thanks to site god Nojo for assembling the links….

I’ve got a lump in my throat.

@Benedick: Are you sure it’s not a Filipino’s third leg?

@Tommmcatt Says Pull My Finger: Smooches, darling. Thank you so much. And I am not opposed to an all vagina ticket, for the record, I just don’t think HillBot will/should be on it. I’m totally team Warren in 2016, but in the short-term we all need to focus on Team Wendy in Tejas in 2014.

I’m thankful to have all y’all in my life. And I’m thankful for videos of Sarah Palin at the turkey processing plant, because Thanksgiving isn’t complete without them.

@Benedick: Is it the dentures again? Be careful.

@SanFranLefty: Hillz is the heir apparent. We can fight it or get down with it. Biden is a non-starter.

@Tommmcatt Says Pull My Finger: She’ll be 69 on Election Day 2016. That’s not in itself a disqualifier, but she was also heir apparent eight years younger, and all she got was Secretary of State.

But hey, the field sucks on both sides right now. Christie could put up a decent fight, but he’d have to survive the teabagger gauntlet first.

Speaking of Community, a certain Generalissimo will be touching down at Casa RML in a few days. Testing the martini recipe to ensure it’s fit for human consumption. Dogs chewing loafers will be placed on half rations and forced to stand guard for 12 hour shifts.

@redmanlaw: Yeah, something like that. Even with The Speech, Obama still came out of nowhere — I remember first seeing him on the Daily Show in mid-2007, and being impressed that he didn’t merely spew talking points. But I didn’t have any faith that he could win anything until Iowa.

With that in mind, there’s no point placing odds for a couple years. Plenty of post-Boomers yet to emerge from the shadows.

Thanks for the list, Tommy. This is my community, and i feel closer to you misfits than to anyone i know in the place i live now. Loved my mini-stinque up with flippin on Sunday, hoping to see bloggie when i’m in New York these next few days, and looking forward to seeing lefty later this month. Love you guys!

@Mistress Cynica: Indeed. I feel fortunate to have actually met some of you wonderful folks IRL. It gives me excuses to visit places and leave the Red States.

11. Did I mention there were NO HELICOPTERS over my apartment this morning?

And one of Spiderman’s arms collapsed, but that’s just the cherry on the cake.

@Tommmcatt Says Pull My Finger: currently this is at the top of the NYDN site. Next year I’m going out there with a slingshot.

Happy Thanksgiving, kids. I’m raising a glass to you, one and all.

@blogenfreude: First the musical announces its closing and now the Spidey ballon collapses. There is a God.

@Benedick: I was going to stuff a duck with latkes, but decided last minute to do cornish game hens.

@Benedick: easy to get 180 temp in the thigh, and they take flavor from a brine easily …

I don’t understand all the hubbub over the 11th Doctor, especially with the truly hot 10th one mucking about.

Also, I don’t watch the show or understand it and yet, even I watched the Day of the Doctor movie on the Beeb. (To be fair, though, my English language options were limited.)

@TJ/ Jamie Sommers /TJ: Matt Smith did a great job during his run.

This just came up, as james Bond used to say, and my wife knew the answer but I did not. No peeking now: what was the name of Tonto’s horse?

The most controversial aspect of the 2005 series reboot–and the primary reason that I never warmed to it–was that it began after the Doctor had unleashed an apocalyptic weapon that ended the Time War by destroying both the Time Lords, his people, and the Daleks (the teabag-esque giant pepper shakers that are always screeching that they’re gonna exterminate everyone as if they’re in the US Congress or somethin’). Now, the Doctor has had the opportunity to destroy the Daleks before, most notably in the classic 1975 episode Genesis of the Daleks, in which he could’ve prevented them from ever being created and thus saved untold millions of lives during their future galactic reign of terror. He can’t do it however, because as a proper hero, he’s not a murderer and he’s certainly not going to commit genocide. That’s why The Day of the Doctor was such a crucial episode in the new series–he elegantly changed the future/past so that Gallifrey and his people were saved. Casting Billie Piper as the sentient bomb was another stroke of genius, since she played Rose Tyler, whom the producers and writers have described as his most perfect companion ever and something of a moral center for the show (side note: no freakin’ way, the best was Sarah Jane Smith played by Elizabeth Sladen). Also, new Doctor coming soon, so this was a nice goodbye for Matt Smith.

@rptrcub: Any chance that you and Mr. Cub might be visiting the Pacific Northwest in the near future?

@¡Andrew!: I don’t get the whole Doctor Who thing.

@redmanlaw: As a baby gay boy growing up in Arkansas in the 80s, watching classic Who gave me hope that someday I’d get the hell outta there.