The Str8 Woman’s Guide to Marrying a Gay man. 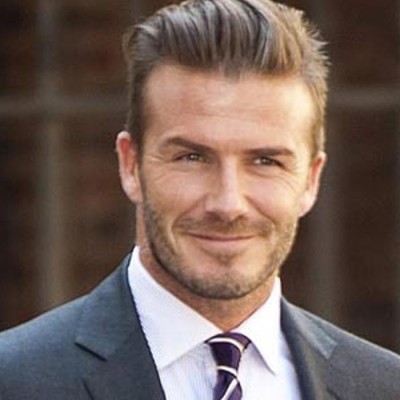 As a tribute to our own dear Baked who, when not living up to her screen name was often to be found marrying gay men, I offer this brief guide for all you gals considering a similar choice.

First off, we are dealing with broad strokes here, people. By ‘gay man’ I don’t mean some 22 year old hardbody who has legally changed his name to his grnder profile. Or someone who actually works for a living. I mean the kind of man you might run into shopping for cashmere in Bergdorf Goodman. In his 40s he has largely become invisible to other gay men yet still has a lifetime’s learning to share with that special someone. And let’s face it, past a certain age what’s more important, faking an orgasm or having someone in your bed who understands your struggle with carbs?

If you’re wondering just how gay should he be – not all of us had Baked’s advantage of learning at the knee of a gay father and for some there could be a degree of culture shock involved in coming home to find all the underwear in the laundry and your shirt ironed for tomorrow – here’s a quick rule of thumb: does he know the lyrics to What I did for Love? That’s a good level of gay. Does he know the lyrics to Everything Is Beautiful at the Ballet? Probably a little too gay, at least for beginners.

And if these criteria seem somewhat, shall we say, stereotypical, if you’re going to make the leap you don’t want to end up with some guy with more hair on his back than his head, or a Republican. Speaking of which, there’s an understandable confusion in many people’s minds about the difference between gay and Republican, isn’t it just another way of saying the same thing? Yes, and no. For a marriage to work it’s important to find the kind of gay man who’s comfortable with himself while at the same time finds it flattering that strangers might, for a moment or two, think he’s straight. Not a man who lives in fear that his mother finds out he likes to suck… well, you know.

Just imagine the surprised delight of your BFF when you show up at her next wedding on the arm of a man who has never seen the inside of a Supercuts. A man who knows how to coordinate without getting all matchy-matchy. A man who can be funny and charming without trying to peer down your friends’ dresses. Or get mustard on the vintage silk blouse you got in that shop on Madison. A man who, when he sees you trying to cram your ass into a pair of skinny jeans can talk you down, fix you a martini, settle you in a chair and plan a weekend antiquing. So what if he gets a little vague come bedtime? So what if he flirts with that waiter who keeps bringing all the wrong food? Backrubs can be nice.

Not that one has anything against straight men. God love them. What would we do without them? Who would clean the gutters? I merely want to point out that there is another way pioneered by our friend Baked. I’m sure she would have enjoyed this tribute by Dame Shirley Bassey who shows the world how to do camp right. And yes, since you’re asking, this is too gay.

I didn’t know that Shirley was a Dame, although after her performance of “Goldfingah” at the Oscars she damn well should have been. And btw my daughters each sang “Everything Is Beautiful At The Ballet” in childrens’ theater productions (a certain other song was left out) and my video camera was shaking because I was trying not to cry.

John Cho is not gay enough.

Axxording to Talmudic tradition, girls sing At the Ballet, boys sing I Can Do That, fathers weep.

@Dodgerblue: a certain other song was left out

@Benedick: Ahh, beautiful tribute. She would have been howling.

Speaking of teh gheyz, Tom and Lo say ‘told ya so’ re: Bob Benson on Mad Men.

@Benedick: Thank you for this.

@Dodgerblue: Now you’ve made me verklempt. You have some amazing daughters who are lucky to have amazing parents. And you have excellent eye-glasses and shirts thanks to said females in your life that I know impress both Benedick and Tommy. (and Homofascist and the rest of us)

ADD: Just realized the placement of the modifier was unclear – the eye-glasses and shirts impress the gheyz and girls, but the females in your life also impress us…

@SanFranLefty: Also the shorts. I’ve seen him in shorts.

@Tommmcatt Can’t Believe He Ate The Whole Thing: You should see me now — my edema has edema.