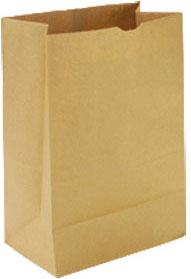 Universal gun-purchase background checks “failed” in the Senate today, 54 to 46.

That’s 54 votes in favor. In Constitutional terms, more than half. Which is also generally regarded as winning.

Except for, y’know, the “filibuster”. Which is defined as “some internal Senate rule that has nothing to do with Article I, Section 3, and can be easily dismissed at will.”

President Obama was also very angry, but in his anger neglected to mention that the only reason a minority of Senators can block legislation is because Democrats decided to let them.

It wasn’t exactly “universal.” Exemptions in the bipartisan compromise bill were:

– Most transfers to family members
– Apparently the bill did not require Indian tribes to report convictions and mental health records unless they elected to seek funding for automation of their court records.
– The requirement for background checks at “gun shows” did not kick in until 75 or more firearms were up for sale and where the event involved 1 or more firearms affecting interstate or foreign commerce
– If there was no response to a background check request within 24 or 48 hours depending on the type of sale, the sale could go through without a background check (which is what my situation is because my “instant background checks” are never completed at all). Licensed gun dealers were immune from suit for conducting background checks.
– Gun dealers could accept a valid state firearms license in lieu of conducting a background check
– Private sales out of one’s personal collection at one’s own residence
– In addition, persons who were DQ’d from purchases due to mental health issues could request a hearing to determine whether they could not safely own or use firearms. The bill included a special provision in this regard for veterans.

An argument could be made that the background check requirements in the act (to the extent that a sale did fall within an applicable exemption) would not apply on Indian lands because tribes are not specifically mentioned in the bill except for the “opt-in” provision for funding, but the counterargument would be (a) there’s no specific exemption for tribes and tribal lands and (b) the act is one of “general applicability” that does not involve rights to tribal self-government in internal affairs.

@Benedick: Freedom is the People’s ability to elect Representatives who, once in office, will pretend that they can’t get shit done.

@nojo: They should sing Maori songs like the NZ parliament did when destroying the universe passing marriage equality. Speaking of which, are we aware that Christchurch is still a war zone?

No, darling, Catt, no not from the Hobbit films. Though have you seen them? I’m afraid. I’ll dream about them hiding under the bed like the Lollipop Guild. But hairy and… Welsh-looking. Like they’ve come for their sheep.

You do not want to come between a Welshman and his ewe.

According to NBC the Ricin suspect has a funny sounding furriner name. Kenneth Curtis.

OMG! The early daffodils are up and looking fine. Thalia got blasted by the freeze/thaw cycle but poppies are coming and peonies are putting up shoots. Tomorrow I prune the fruit trees and seed mesclun in the new cedar raised beds and… and… OMG, I just ordered blue bird nesting boxes. To have blue birds. In the garden. Blue. OK whatever. You people are so jaded: law this law that, iOS jammer-jammer, career, beach houses in T&C with big dogs, cats in Oregon. What I’m saying is… blue birds… blue… birds… flying… feeding their young, reaching for the sky (the ones the neighbor CATS don’t kill)

@ManchuCandidate: I’m wondering if he put his return address on the letters.

@Benedick: Here in Cali we have bluejays, which will steal your wallet and go to Vegas.

@Benedick: Daffies started blooming about a month ago. Peonies about 3 weeks ago. People are mowing their lawns. Tulips in full bloom.

@nojo: I came for the cats.

@Dodgerblue: They used to peck the shit out of my father’s head. Good.

In Oklahoma City, City Hall was briefly evacuated Wednesday morning as the authorities examined a stolen rental truck that was parked outside, just a few days shy of the anniversary of the 1995 bombing of the nearby Alfred P. Murrah Federal Building. (There was no bomb, officials there said.)

SOMETHING BROKE SO I’M HOLLERING AT A GEEK.

Oh. I fixed it. Awesome telepathy, Geek. Show me what you can do with a chicken head.

@Dodgerblue: Dude. That’s a lot of crazy there.

Dude didn’t have a phone that takes pictures? Fucking idiot.

So far the only thing that makes sense is that lawyers drank:

On May 23, 2003, an intoxicated assistant district attorney pushed me backwards during a debate about corruption in northeast, MS. and then put a loaded 9 mm bereta to my head in front of my (then) wife and 2 sons, ages 7 and 9.

I didn’t know at the time he was an assistant DA in Tupelo. All I knew was that the city hired him to play rythem [sic] guitar in a special new production that I developed including my older brother Jack. The show was gaining attention as we are the only brother duo Elvis Presley Tribute act in the world.

From Michael Moore’s Twitter: “This is the anniversary week of the Columbine massacre, the Oklahoma City bombing, the Virginia Tech massacre, the Bay of Pigs, and Waco.”

I propose that the entire world just take this week off next year.