Stinque
Home Latest Comments Log in
If it smells, we’re on it.
Stinque
Cassandra was right.
Stinque Book Club 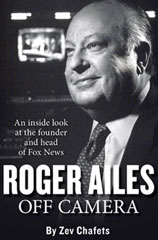 Blurb: “Ailes loves to fight, but he is a happy warrior who has somehow managed to charm and befriend many of the people he has defeated in political campaigns and television wars. Barbara Walters, Rachel Maddow, Jesse Jackson, the Kennedy clan — all are unexpected Ailes fans.”

“Drift never makes the case that war might be necessary. America would be weakened dramatically if we had underreacted to 9/11. However, Rachel Maddow makes valid arguments that our country has been drifting towards questionable wars, draining our resources, without sufficient input and time. People who like Rachel will love the book. People who don’t will get angry, but aggressive debate is good for America. Drift is a book worth reading.”

“I have professional contact with a lot of people in the media who don’t share my political views. Mr. Ailes and I have politics that are basically exactly opposite, but that’s all the more reason I was grateful he agreed to read ‘Drift’ and to write that kind blurb for the dust jacket.”

Proof again that hagiographic biography writers are in the oldest profession. “I’ll do anything for bucks and I will do that.”

“All told, according to police records we obtained from the Putnam County Sheriff’s Department via New York’s Freedom of Information Law, cops have been called to the Ailes’ home 10 times since 2009. In eight of those calls, units were actually sent to the house. None of the calls resulted in an investigation, arrest, or determination that any criminal activity had taken place.

Ailes, a former Nixon aide, is known for his paranoid behavior. He is licensed to carry a handgun in New York City, has claimed to be the victim of numerous death threats, travels with a security detail, and has placed his homes under video surveillance.

And, as we reported earlier this month, he had reporters who worked for the small local newspapers he owns in Putnam County followed because he thought they were speaking ill of him and his wife.”

A horrible human being.

Man has no higher aspiration than to manage the Coca-Cola of condiments.

@ManchuCandidate: And Pueblo! Forgot the date on that one.

@nojo:
It’s Tet for everyone else and Pete’s got the Pueblo

@ManchuCandidate: Since I wasn’t paying attention at the time, I spent the next several years wondering what the “Remember the Pueblo” bumper stickers were about.