First They Came After Festivus, and We Said Nothing 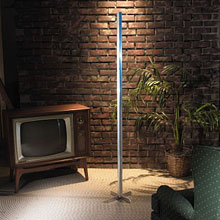 We invite our guest columnist to take a refreshing dive into Lake Michigan.

Why are hard-core left wingers still trying to talk about Kwanzaa — the supposed African-American holiday celebration between Christmas and New Year’s?

As has been well publicized, Kwanzaa is not some African or African-American tradition. It was invented in 1966 by Ron Karenga, a 1960s radical leader and founder of something called the “US Organization”. This group, often referred to as the “United Slaves” is even more radical than the Black Panthers. The United Slaves killed two Black Panther members and Karenga himself wound up going to prison for assaulting some of his own members. Karenga was a racist and didn’t like the idea that Christ died for all of our sins, so he felt blacks should have their own holiday — hence, Kwanzaa.

Of course, almost no black people today care about Kwanzaa — just white left-wingers who try to shove this down black people’s throats in an effort to divide Americans. Irresponsible public school districts such as Green Bay and Madison (and who knows how many others, see links below) try to tell a new generation that blacks have a separate holiday than Christians. Waring Fincke, left-wing West Bend lawyer and vice chair of the Washington County Democratic Party, encouraged people to learn more about Kwanzaa in a column in July. Fortunately, almost all black people ignore Waring Fincke and his ilk and their efforts to divide Americans.

But why do they do it? They don’t like America and seek to destroy it by pretending that its values as expressed in the Declaration of Independence and our Constitution, don’t apply to everyone. Mainstream Americans must be more outspoken on this issue. It’s time it’s slapped down once and for all. With tens of millions of honorable black Americans in our country’s past, we should not let a violent nut like Karenga speak for them. (By the way, after getting out of prison he was hired as a professor at California State Long Beach. When are we going to stop funding left wing nuts at our public universities?) The churches ought to be particularly appalled since Karenga thought Christmas was a white religion and was trying to draw black people from it. Be on the lookout if a K-12 or college teacher tries to tell your children or grandchildren it’s a real holiday.

The real question is, why on Earth did he feel the need to put out a press release about this? Somebody forget to give him his pills amongst the holiday festivities?

@al2o3cr:
Tis the season to throw out reason.

Oh, for fuck’s sake. Find something real to worry about.
BTW, I’d like it noted that I don’t hate America, just Americans–sort of like Gandhi with Christ and Christians.

Haha, when was the last time you saw a Kwanzaa anything anywhere?

@Tommmcatt Can’t Believe He Ate The Whole Thing: Fifth grade, front office, in between the Christmas tree and the menorah. So he’s not too far off with the swipe at public school districts.

@Mistress Cynica: And Linus with people and humanity, back when Peanuts had an edge to it.

@mellbell: I’ve been playing catch up with The Wire. That combined with Newtown etc. leaves me inclined to cut school districts some slack since they have to cover all their bases all the time, without crossing an increasingly tangled web of community politics that would erase funding for “frivolous” things like subsidized milk or middle school orchestra.

I say just get rid of public celebrations of any holiday, whatsoever. Every state and local taxing authority is allowed one public holiday that they can call what they like. Corporate sponsorship encouraged, so Nojo for example would enjoy the Shakespeare’s Pub ™ Civic Pride Day.