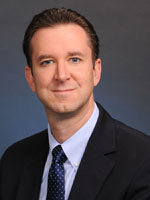 More Spitzer than Vitter despite the (R) after his name:

TALLAHASSEE — State Rep. Mike Horner, a Republican from Kissimmee, abruptly resigned his seat in the Florida House on Monday following reports that he was a client at a Central Florida brothel.

Horner, 44, was a solid favorite to win a third term in District 42 in Osceola and Polk counties. His name surfaced during the investigation of alleged brothel owner, Mark David Risner, 54, who faces racketeering and prostitution charges and is accused of running a prostitution ring out of his Orange County home. Investigators found hundreds of names as they investigated Risner’s operation, and Horner shut down his campaign website shortly after his name was publicized.

Sad but not surprising that they won’t prosecute the John:

Horner is not charged with a crime.

“We’re not interested in the representative,” said Bernie Presha, a spokesperson for the state attorney’s office in Orlando, which has not released details of their investigation into the alleged prostitution ring.

It appears Horner may take a very different stance on prostitution than either Spitzer or Vitter.

I chose not to read into it, but either way it’s not the professed “family values” of the GOP.

@blogenfreude: I am still trying to figure out how this is “more Spitzer than Vitter”

@texrednface: exactly mell – he quit. Vitter never answered any questions and was applauded by the GOP senators upon his return to DC. Piece. Of. Shit.

100 to 1 says this guy printed campaign buttons that read: “Mike Horner is in my corner.”

Dammit, I should run someone’s campaign!