Nobody Could Have Guessed 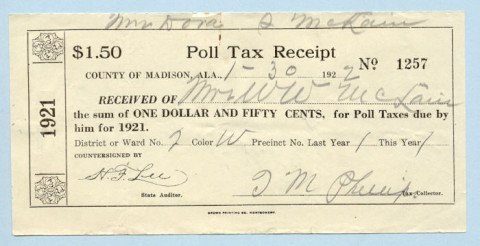 The former chair of the Florida Republican Party admitted in a two day deposition taken in May and released last week that party officials met in December 2009 to discuss “voter suppression and keeping blacks from voting.”  Jim Greer is currently being prosecuted for public corruption, which he says is for retaliation for blowing the whistle on state Republican politicians who were “using party credit cards like drunken soldiers” and because he supported former Governor Charlie Crist’s  appointment of a black man to the Florida Supreme Court.

Greer denounced the “whack-a-do, right wing crazies” that he says have taken over the party. The U.S. Department of Justice is investigating one of said whack-a-do’s, Gov. Rick Scott, and his efforts to purge voter rolls due to ostensible voter fraud. Purely coincidental that 87 percent of those purged are persons of color.

It’s ironic that many GOPers suddenly try to play the invisible hand when they lose in the “Free” market place of ideas.

Meanwhile, Mittens’ world tour continues to lurch on. His press secretary to reporters trying to ask him questions in Poland:

@ManchuCandidate: Give me five bees for a quarter!

So what’s the real surprise here?

a) Republicans are working furiously to undermine voting rights for minorities?

b) Democrats aren’t up in arms about it.

I’m going for B. This should really be a far more pressing issue than it is. Where are the marches on state capitals? I mean, this shit’s why WE FOUGHT THE REVOLUTIONARY WAR, for Christ sake! The Boston Tea Party from which the right-wing Tea party whackjobs ostensibly take their name was staged as a protest against Colonist’s lack of voting rights and representation in Parliament.

What a douche. Clearly this guy’s not ready to be President. Completely out of his league.

@SanFranLefty: Even better that “Kiss my ass” was immediately followed by “This is a holy site for the Polish people. Show some respect.” Irony takes a holiday.

Personally, I think AmeriKKKa is ready for a(nother) “Kiss My Ass” presidency. Those two and a half years before the final, total economic collapse and second Civil War/simultaneous World War III will just fly by.

@Mistress Cynica: Let’s just put that guy in charge. “Kiss my ass, you fucking fuckers. Show some fucking respect, or I’ll turn this car around. God help me, I’ll do it, you fucking fucks.”

TJ/ Need more depressing news? In Texas, you can’t be too conservative.

@matador1015: I never thought the word “moderate” would come within 10 yards of that ass-hat Dewhurst.

Gore Vidal, the iconoclastic writer, savvy analyst and imperious gadfly on the national conscience, has died. He was 86.

Vidal died Tuesday at his home in the Hollywood Hills of complications of pneumonia, said nephew Burr Steers.

Vidal was a literary juggernaut who wrote 25 novels, including historical works such as “Lincoln” and “Burr” and satires such as “Myra Breckinridge” and “Duluth.” He was also a prolific essayist whose pieces on politics, sexuality, religion and literature — once described as “elegantly sustained demolition derbies” — both delighted and inflamed and in 1993 earned him a National Book Award for his massive “United States Essays, 1952-1992.”

@redmanlaw: I don’t believe in an afterlife, but the idea of Vidal and WFB at each other’s throats for eternity is nevertheless amusing.

@Mistress Cynica: Oh Norman. Coulda been our Dostoyevsky, but couldn’t see beyond his dick as he got older.

@Dodgerblue: I really loathed that old misogynist. At least Gore was equally contemptuous of both sexes. Great obit in the NYT.