Stinque
Home Latest Comments Log in
If it smells, we’re on it.
Stinque
Mastodon: @stinque@mas.to
Food 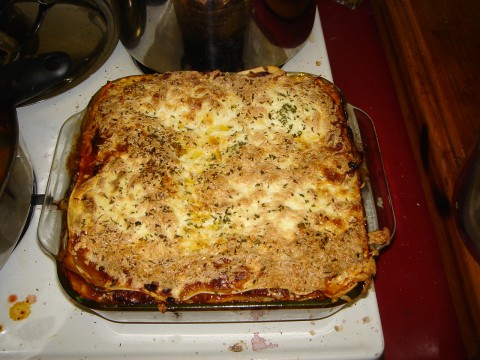 Be aware. And take this quiz.

I hate the fuckin’ Eagles but I love the good Joe Walsh who supports Tammy Duckworth as opposed to the bad Joe Walsh who copped out on child support and is a total wounded-vet swift-boating asshole running against Tammy versus the good Joe Walsh who donated a guitar to someone who donated to Tammy, in the same way that I love lasagna but hate the greatest propagator of lasagna, Garfield, whom I hate the way I hate the Eagles, except I really hate Garfield, whereas I liked The Eagles before pro forma, I had to hate The Eagles as a Lebowski fan and winner of Best Walter at three LebowskiFests in LA and NYC.
I’m a little confused. Fuck it, Dude. Let’s go bowling.
Life’s been good to me so far.

@RevZafod: The Eagles were cool, man. They defined country-rock in a way that was very inclusive. Who could not dig Lyin Eyes or One of These Nights? Hotel California? Yes, Life in he Fast Lane marked the end of the road, but they were far more influential than the Doobies, for example.

@rml: I said “pro forma”, dammit. First rule of LebowskiFest is “I hate the fuckin’ Eagles”. However, note in the film that the Coens and T-Bone included both Peaceful Easy Feelin’ and Hotel California on the soundtrack.

And that’s THREE best Walters. LA 05, NYC 06, and LA 07.
http://www.reelz.com/movie/151885/the-big-lebowski/?clipid=28598
Click the trailers and clips banner below the first 4 links, then watch the slideshow for the 4 walters, with me holding the piece, or just go to DUDE! and watch for me holding the piece on Naibe Reynoso.

[Also at the start of Ultimate Fan; could be; could be. By this time the Founding Dudes knew me from my two previous wins, so they sent the camera crew to interview me the first night at the Knitting Factory in Hollywood. I said not, but they didn’t like that answer so I went Hollywood and whored out and said…could be, could be.]

Even I was amazed at how easily I caved when faced with a few seconds of stardom. Good thing I had my return ticket to DFW, or I might have stayed and gone the Karl Hungus way [BTW, note the photo at my site below with Stormare and me in 2005].

Compare to my website at
http://www.diverdan.name/LAfest.html
and compare the photo at the bottom to my avatar.

Any questions? Mark it zero! Next frame, please. This is not ‘nam, rml, this is bowling. There are rules.

And did I mention I had seats 4th row near center at the Hotel California tour when they played Dallas at Reunion Arena? So don’t lecture me about the Fuckin’ Eagles. But now like a Republican hewing to the party line against all reality, I have to formally hate them, even as it tears me up inside. Well, maybe not that much because I know it’s a joke, and unlike the ideological R’s, I won’t get ulcers over it. And I can still listen and appreciate.

But ask me at a LebowskiFest? I hate the Fuckin’ Eagles.

Obviously you’re not a golfer.

Gentlemen, I’m impressed. I have no idea what almost all of this means.

They have lasagna in Nam?

@Benedick: They have lasagna in Nam?

Yes, but they call it LasagNguyen

(Inside joke for Vietnamese, Vietnamese speakers, and – very likely – RevZafod)