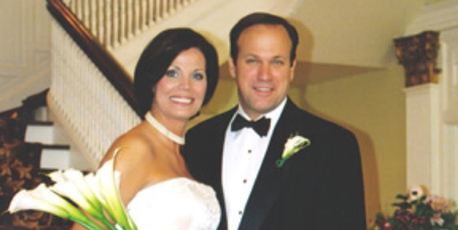 Bill Johnson was the former assistant director and director of the Alabama Department of Economic and Community Affairs, a one-time candidate for governor, and was enough of a sociopath to do well in Alabama politics. He is married (for now) to a two-time Miss America finalist. And he threw it all away to move to New Zealand to spread his seed:

[His activities have] also led Mrs Johnson to campaign for a law change in the United States which would make it illegal for men in long-term relationships to donate sperm without their partner’s knowledge.

Mr Johnson returned to Alabama in the United States after news broke in December of his activities. He left Alabama just after Easter to be in Christchurch for when the babies start arriving.

A candidate for the Republican nomination to be governor of the state in 2009, Mr Johnson campaigned on a political platform opposing gay marriage. A number of the women he donated to are in committed civil unions with gay partners.

Another GOP hypocrite asshole. Who could have predicted?

The most unbelievable aspect of this whole sordid tale is that of the countless ready, willing, and able sperm donors out there, he’s the one these gals chose.

@¡Andrew!: New Zealanders almost certainly don’t know what a dick he is (pun intended) they just see the jawline and think “good genes”.

Wow, another frightening GOP Stepford wife. Who the hell teaches them to smile like Skeletor?

@blogenfreude: He may have that jawline now, but I’d wager that chin is gonna have lots of company soon–and I don’t mean visitors from China.

@¡Andrew!: Since the “father” is American, will the children be able to get citizenship?

@karen marie still has her eyes tight shut: Not natural-born.

@karen marie still has her eyes tight shut: Only if his name was on the Kiwi birth certificate, they were married, and the Embassy issued a birth abroad certificate. All unlikely.

Does Johnson have no concern for all the inbreeding possibilities his seed sprinkling will cause in New Zealand? Maybe that’s his intention though, being from Bama and all. Cecil Jacobson impregnated many women with his own sauce in the DC area after deciding all those donor regulations were a bunch of bullshit at his fertility clinic. Worries of inbreeding still haunt the children of Jacobsons clinic.
http://en.wikipedia.org/wiki/Cecil_Jacobson
Jacobson and Rmoney are fellow parishioners.

BTW, who are the Zeas that settled New Zealand and where was Old Zealand?

BTW2, who are the Cleves that settled Cleveland and why did they not call it New Cleveland?

@jwmcsame: I thought the dangers of inbreeding were largely debunked: http://m.io9.com/5863666/why-inbreeding-really-isnt-as-bad-as-you-think-it-is .