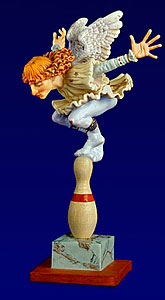 David Frum, in the middle of a conservative blogfight that we won’t bother you with, drops this whopper:

Our Exceptional Nation was created at the height of the European Enlightenment, a moment when Reason was triumphant over Superstition. (Or at least pretended to be.) And yet Our Reasonable Forefathers chose to open our Founding Document with this:

We hold these truths to be self-evident.

They most certainly aren’t, as a quick look at your fellow cubicle-dwellers will confirm. Those “self-evident truths” are nothing more than polite fictions. More to the point, they are democratic fictions — fundamental to our lives as Citizens of a Republic. They are not up for debate. They cannot be disproved. If you care to challenge them, you’re challenging democracy itself. And you don’t want to be on the wrong side of that argument.

This leads to a simple, fundamental, unarguable point: As a Citizen, you have the same rights as any other Citizen. Period. Full stop. And as Citizens, we all have the right to marry. Or should have.

David Frum is profane to suggest otherwise — to suggest that his opinion of same-sex marriage, however “reasonable”, makes any fucking difference. There’s only one “harm” that we recognize, and that’s consanguinity — something that happens to have no bearing whatsoever on same-sex marriage. But the rights of his fellow Citizens are not to be questioned, whatever he fears to be the consequences. The consequences are none of his fucking business.

Not in our democracy, anyway.

Is the White Working Class Coming Apart? [Frum, via Dreher, via Sully]

But that means you can’t impose your moral values on other people and where’s the fun in that?

oh frumlet… how can this be a shock to you?

What do you do with an unreasonable “man” child, frumlet? Based on my own experience in living with one for 4 years. Outside of picking up a baseball bat and beating the living shit out of them… not much.

The way unreasonable “men” children “think” can be summed up by the words of a not so wise man from a show no one here knows:

“Words are bullshit. They’re just sounds we make with our mouths.”

@redmanlaw: Thanks for the link. Damn it to hell! Correction: Being a thoroughgoing protestant in all matters where a hierarchy presumes to dictate to its underlings what the particulars of their relationship with the Ineffable shall be, I say damn all bishops and their equivalents in all spiritual persuasions to hell when they pull shit like this. [Of course, I don’t believe in a hell after this life anyway. I’m with San Fran Lefty. If they want to dictate government policy, let their enterprises pay taxes.]

@redmanlaw: I look forward to the Conference of Bishops mobilizing and putting an equal if not greater effort into eliminating the death penalty, restoring funding for food stamps and other anti-poverty programs, speaking out against unbridled capitalism, and advocating the end of drone attacks on civilians in Afghanistan and Pakistan.

Reading or listening to Frum is like getting a chalk and cheese enema. It’s not much fun going in, but it’s only later, after you’ve sat with it a while, that you realize exactly what a bad idea it was in the first place.

@redmanlaw: I prefer to think of it as a rational policy response to living in a plural society.

p.s.: I WANT THAT ANGEL-ON-HEAD-OF-PIN STATUE