The Obligatory Paul Simon Reference Comes in the Seventh Graf 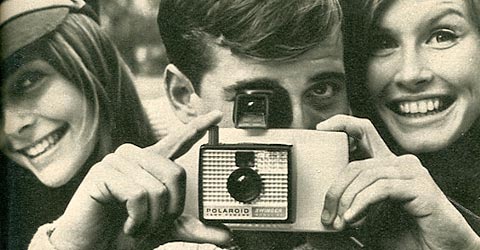 We’re not sure whether A.G. “Son of Pinch/Grandson of Punch” Sulzberger has a nickname yet — so let’s go with Ponch — and we can’t even get a precise fix on his age, although the New York Times heir clearly dropped in 1980 or 1981. We’re obsessing over that detail because of what appeared below his byline this week, regarding The Last Picture Developer:

In the last weeks, dozens of visitors and thousands of overnight packages have raced here, transforming this small prairie-bound city not far from the Oklahoma border for a brief time into a center of nostalgia for the days when photographs appeared not in the sterile frame of a computer screen or in a pack of flimsy prints from the local drugstore but in the warm glow of a projector pulling an image from a carousel of vivid slides.

ARE YOU FUCKING KIDDING US?

Clearly the esteemed — and very young — Ponch never had to sit through slide-after-slide-after-fucking-slide of a relative’s vacation snaps, for “warm glow of a projector” is the last phrase we would use to describe the horror of such a soul-crushing experience.

You want warmth, pal, dig through a box of fringe-cut prints with faded handwriting on the back, or even a stack of Polaroid Swinger shots where Mom forgot to swipe the goo evenly, leaving streaks that can still melt your heart decades later. Slides may have been shown, but they were never loved.

And we’re sorry to bust your faux nostalgia, but Kodachrome was oversaturated. Fujichrome rocked.

No wonder the NYT has gotten more dipshitty over the years.

BTW, you’re right. No one loved vacation slides. My dad showed them for a while, but he saw how bored the rest of us were with them (and we were in THEM!) and stopped.

@ManchuCandidate: The fun only came when either a slide appeared upside down or, better yet, jammed in the auto feed. The family slides are a hoot to revisit, but the color on the Kodachrome has not withstood the ravages of time.

@Nabisco:
Or when the bulb burnt out.

@Nabisco: Agreed. I’ve been digitizing old slides the I took during the B. C. (before children) era. The fabled warmth and saturation aren’t there any more, for the most part.

I’ve got boxes in the attic. They look like shit. Bleached and foxed.

The New York Times: We Get It Wrong So You Don’t Have To.

I’m going to boldly disagree and claim some happy and nostalgic memories from family slideshows. My dad’s parents were pretty regular travelers, and nearly every visit to their house included a trek down the basement to watch their latest slideshow. Of course, at the time my sister and I were bored silly over all the foliage shots that my grandpa took and mostly just waiting for the opportunity to fight over the controller and bring up the next slide. But now, those are some of the most concrete memories I have of my grandparents, plus I’ve realized that my grandpa’s and dad’s love of photography is a cool legacy that I’m just now starting to embrace/inherit.

I should add that I’m probably only a few years older than Ponch anyway, so you can hold fast to your you-damn-kids-don’t-know-anything-about-nostalgia attitude if you must.

@flippin eck: I will make an exception for campground slideshows presented by hardy public servants, but that’s another thing entirely.

@flippin eck: I suspect you come from one of those strange families that like each other. I’d heard about this phenomenon but not actually witnessed it up close.

@Benedick: This is why you have to get your ass to Chicago. I’m telling you, it’s like seeing a white tiger in the wild.

@Mistress Cynica: That’s Homofascist. I’m more an awkward and improbable okapi. But I agree that Benedick needs to come visit posthaste. And Nojo. And Manchu and Bisco and Jaime and Baked and JNOV and all the other Stinquers who have yet to get their ass to Chicago! Oh and you need to return asap, of course!

@flippin eck: I would so love to! May I play with the bunnies? (When The Hawk and Lake Effect have left, natch.) ;-)

Hey, projecting a killer image is nice but there is nothing to match the glory of a well balanced Cibachrome print from a competently exposed Kodachrome transparency. Cibachromes just glow with a light all their own.