Stinque
Home Latest Comments Log in
If it smells, we’re on it.
Stinque
Mastodon: @stinque@mas.to
Sex Lives of the Criminally Insane 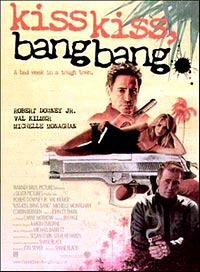 Oklahoma protests its loss yesterday as the State Most Welcome to Secede:

Arthur Sedille was up-front with police: He would often put a gun to his wife’s head during fantasy sex play at their Oklahoma City, Oklahoma, home.

But Sedille said he didn’t know the gun was loaded when he pressed it to his wife’s head and pulled the handgun’s slide back during sex on the night of December 21.

Remember the first rule of sexual firearms, kids: Keep your booger-hook off the bang switch.

Harold and Maude II: Not ok in OK

They say when Arthur was arrested
They found her lying in the bed
But man, he kept on comin’
Stupid stupid youngin’
She ain’t never gonna be the same

Anybody want to start a pool on how many additional bodies and/or victims turn up? Sick-fuckery of this sort is like cockroaches, there’s never just one…

@al2o3cr: Let’s see how successful the “it was just a sex game” defense is in practice.

@SanFranLefty: Here in Santa Fe, a guy pulled his Ruger semi-auto pistol on his girlfriend during a drunken argument in 2008. He thought he’d wave it around her to scare her so he took the magazine out. He did not know that his pistol did not have a magazine safety that prevents a discharge when the magazine is not in the gun. He had a round in the chamber, put it to her head and pulled the trigger . . .

@redmanlaw: That must have sobered him up real fast.

@redmanlaw: I just had lunch with a buddy of mine who is defending a murder case that I think I mentioned here some time ago. His client is doing life without parole for strangling somebody. Some years go by and he strangles his cellmate. So he gets shipped down to LA to be tried for that, somebody forgets to single-cell him and he strangles his new cellmate. An eyewitness testified at trial that the victim said “Uncle” but the perp didn’t stop. Here’s the punchline: the jury has been out for a month.

There’s a pet peeve – fucktards who don’t bother to learn how their own gun works. It’s not *that* complicated…

First cop on the scene should have asked if it’s better after the gun goes off. Even money this wasn’t an accident.

@FlyingChainSaw: I think our esteemed colleague al203cr has a point. A lot of people buy guns and don’t bother learning how to use them. That bein’ said, no one on any of the forums I’ve read on this story thinks it’s an accident.

@Dodgerblue: Jury is out of its damn mind.

@FlyingChainSaw and RML: Damn right it wasn’t an accident. Killer part is that the cops are so reticent.

@Dodgerblue: Given the quality of the guards at LACJ, he could raise a plausible defense that he was set up to do the latest strangling. Either that or the jury could come back with a NGI.

@JNOV: Ironic you say that given your screen name.

@SanFranLefty: EXACTLY! And I was thinking they could try some sort of sexual asphyxiation slant.

@Dodgerblue: @JNOV: Jury is out of work and is enjoying the daily fee and free lunch. Also, more interesting than being home watching daytime TV.

@Dodgerblue: BTW, if I’m ever charged with a crime, I want your friend defending me.

@redmanlaw: I think this psycho is a necrophiliac and that the DA needs to ask when did the gun go off and when did the pestorking stop.

@JNOV: One of the handful of cops I’ve known personally had to get out of the profession as he was spending so much time explaining why he had to kick a wife beater unconscious.

@SanFranLefty: And a heppy noo yarr to you, too! I am still trying to remember the weird name of that mellow horn the guy played at the tapas bar. Cripes, I should have bought the CD but they’d sold out or weren’t selling them or something when we were hanging out the Stinque banner.

@FlyingChainSaw: It’s good to have you back, your posts are always so winsome and delightful. Where have you been lately?

@FlyingChainSaw: Oh jeez, now you know I will have to go back there (not that it’s a burden, just waiting for holiday clusterfuck to calm down before going out in Ess Eff) and look for the dude with that horn. And get his card at the very least for you.

@Tommmcatt is with Karin Marie on This One: Fighting extradition to Sweden?
(I keeeed, Chainsaw, I keeed)