Yes, Mr. President, It Is the Public Option All Over Again 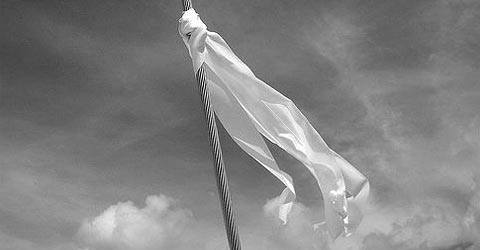 A few capitulations ago — honestly, we’ve lost track — the question on the table was whether Obamacare, with three legs lopped off, still had a leg to stand on: Whether the final bill, awful as it was, was still better than the status quo.

Yes, we ultimately — and very unhappily — decided. Although we were likely to be among the uninsured folks screwed over by “reform”, we were convinced by arguments saying the bill would still help millions of Americans. We were willing to take one for the team, as long as the team could still put some points on the board.

The Grand Tax Compromise raises a similar question — although this time, we’ll personally benefit if the appeasement succeeds.

Let’s check back in with Tuesday’s NYT story:

But the tax benefits will flow most heavily to the highest earners, just as the original cuts did when they were passed in 2001 and 2003. At least a quarter of the tax savings will go to the wealthiest 1 percent of the population.

Well, that’s not pleasant. But we knew that going in. So let’s skip ahead:

In fact, the only groups likely to face a tax increase are those near the bottom of the income scale — individuals who make less than $20,000 and families with earnings below $40,000.

Ah. Somehow we manage to earn more than twenty grand — no joke, we’re not sure how we do it — so we’re safe there.

Unlike, say, a mere fifty million of Our Fellow Americans:

Of the nation’s roughly 150 million workers, around 50 million make less than $20,000 and will see at least some increase as a result.

In case you missed that detail — somehow it didn’t appear in the NYT article — here, hold up your ear to the monitor:

ONE IN THREE WORKING AMERICANS EARNS LESS THAN TWENTY THOUSAND DOLLARS A YEAR.

So let’s set aside the Soak the Rich argument, as fun as it is, and cut to the chase: We cannot in good conscience support a bill that deliberately fucks over those less fortunate than us.

Plus we have Bernie’s explanation of why the Republicans like the idea of a payroll tax holiday. As the first step in the eventual dismantling of social security. These numbers don’t at all surprise me and we can thank the never ending war on unions. And wages will fall further if the Republicans get their way and abolish the minimum wage. They are asset-stripping the country.

Now see, as a Republican, all of this makes me happy. This is how God wants it and family values and such as. Nothing cheers the soul like knowing that so many of my fellow countrymen (the women don’t count) live in misery. Freedom’s just another word for “I don’t give a fuck.”

T/J. I know, you’re all shocked, whatever.

Anyone got any recommendations about language-learning CDs or courses? (Anyone who tells me to move to Naples/Minsk/Grundarfjordur etc will be reported to the FBI.) eg. Rosetta Stone? Anyone got any fab tips?

Team Obama must have concluded that the poor ones don’t vote in high enough numbers to be concerned about. BTW another mini-capitulation occurred last week when said Team forced EPA to delay announcing some new, life-saving air quality rules because industry got its knickers in a twist. Remember when he said that these decisions would be made based on science, not politics?

Sport TJ: Anyone know what time they’re announcing the Heisman?

Sport TJ 2: Mr. SFL is very upset that the football national championship is called the “Tostitos BCS National Championship” because he can’t get Duck gear that doesn’t have an ad for tortilla chips on it.

@Benedick: The next step in dismantling Social Security is making it means tested. Makes sense, right, why should Warren Buffet get Social Security checks? But once it’s only for the poorz, it can be demonized and taken apart. And then applying to receive it can be as onerous and draining as getting SSI.

/hustles off to tv

@redmanlaw: Not sure if it’s back on or if I’m watching some old footage. Gonna PM you on FB, ese.

@Catt: We should hang out with the Midshipmen one year.

@Benedick: Nothing shocks me anymore. I’ve eaten with Disney executives, do God’s sake. I’ve seen what a meritocracy produces as its ruling class. And you think you are being satirical.

Despite not giving a shit, I must admit I found the NYT article on Duck football fascinating.

They don’t huddle. They fire off plays as quick as they can. They exhaust the opposition.

It’s football played like basketball. And, much as it pains me to admit it, it sounds like fun.

@nojo: They are a LOT of fun to watch. Plus you get to mock the opposing defenses faking injuries.

Just stare into space
Picture my head in my hands
Bend for each Repub without hesitation
And always forget you were the man
Hold on Barry
Yell in the night if it helps
But more than ever yell “What the fuck?”
At least you’re not Bush… fuck!

@JNOV: One of these years, Army’s going to win that game. Give you $20 if you tell me when, because I’m stumped.

@chicago bureau: Heh. Remember when the railing broke at the Vet, and all those kids fell out the stands?

@SanFranLefty: Good question. I don’t have ESPN, so I’m not sure. I’m stuck watching commercials for Chia Pets.

What they hell is this with Drew Barrymore, Keanu Reeves and a big pink shoe?

@JNOV: No, it’s just the hourlong show starting. It’ll be another 58 minutes. They were making a big deal about Bo Jackson (Auburn, 1985 winner) being there, yet another telegraph of an inevitable Cam Newton win. I was hoping to spot Reggie Bush demanding his Heisman back since Newton wasn’t disqualified.

@SanFranLefty: Right[interrobang] During the Navy-Army half time show, they had all the dudes there. I like LaMichael James. DERP. I am officially cut off.

“God is blessing me and not you other guys! God loves cheaters!”

It was stop and go traffic at the women’s World Cup super G in St. Moritz, Switzerland today (Dec. 11).

After wind and snow forced organizers to delayed the start for an hour, the second racer down the course, Slovenia’s Marusa Ferk, took a tough, high-speed crash after sailing off a mid-course jump. After being checked out by coaches and medical staff, she skied down under her own power.

After two more racers failed to navigate the same difficult, mid-course jump in the hazy conditions, officials put the breaks on yet again. Following the 20-minute wind hold, the race was officially canceled.

Lindsay's second in current World Cup standings, but she's down by about 70 points to Maria Raisch of Germany.