Did Low Corporate Taxes Kill Ireland? (Or Did Feminism!)

It is obvious to me that the Irish-British model is the way of the future, and the only question is when Germany and France will face reality: either they become Ireland or they become museums: 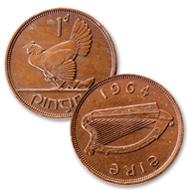 Here is a staggering fact: right now, as I write this, every single citizen of the Republic of Ireland owes foreign creditors over $535,000.00.

How did this happen in a nation that free marketers from the CATO instutute to Thomas Friedman were just recently holding up as a model of 21st century economic development, and whose laissez faire policies were held in stark and favorable contrast with the Social Democratic welfare states of Germany and France?

The simplified political economy story goes as follows. Ireland had low nominal and even lower effective corporate tax rates. It also had low personal taxes, both because of the belief that this would foster entrepreneurship etc, and because the government used to periodically sweeten bargains between business and labor by promising tax cuts (which of course favored the rich more than the poor), inter alia buying off unions who might otherwise have started getting feisty about organizing the unorganized bits of the new Irish economy.
The result was that even with booming economic growth, the government faced a fiscal hole. This hole was filled by taxes on property transactions which, as the property market got ever more bubbly, became an ever more important source of government revenue. This provided the government with an extremely strong incentive not to deflate the bubble, reinforcing the already considerable incentives towards inaction resulting from cronyism between politicians and property tycoons, ideological notions about not interfering with ‘free’ markets etc.

Ireland followed the free marketers mantra to the letter: low taxes, lower taxes, even lower taxes, especially corporate taxes! But a government simply cannot function without some sort of revenue stream, so to make up for the revenue lost to lowered corporate taxes, the Irish government taxed property sales instead. And this new revenue stream proved so critical to the state that the Irish government was loath to turn down the tap, even when it became apparent that its tax base was over-reliant on a huge property bubble. There’s no free lunch, as the Irish people have discovered much to their chagrin.

This may not be the whole story, but if even a libertarian like Megan McCardle thinks corporate taxes sunk too low in Ireland and produced an unmanageable investment surge, then its bound to be an important piece of the puzzle.

That’s right: Ireland’s economic collapse owes as much to the ravages of unfettered capitalism as to a society that had pushed aside the simple, timeless truths of traditional religion and found itself adrift in a materialistic sea bereft of the guidance once offered by its moral compass. And how did Ireland lose its moral compass? By accepting birth control and allowing women to work outside the home:

Progressives and secularists suggested that Ireland was thriving because it had finally escaped the Catholic Church’s repressive grip, which kept horizons narrow and families large, and limited female economic opportunity.

There are times when Douthat comes accross as a rare island of nuanced subtletly in a sea of spittle covered, right-wing bloviating. There are other times –like this one, for instance– when you’d much rather put yourself in the path of Bill O’Reilly’s spittle for an hour than read another sentence of Douthat’s disingenuous, moralizing, garbage.

You know, Ross could have just come with a “somebody stole their Lucky Charms” bit and not have been half as offensive.

But the bottom line is that the housing bubble got them, in that their entire tax structure was built on property taxes, as you say. California, New Jersey and a bunch of states are in the same boat.

I wonder (a) who will be the first big-time Republican to say, “you know, screw Reagan — the government will go broke unless we have an honest-to-God tax increase, and (b) how fast he would be dragged out and shot. He’d be right, but at the same time he’d be a victim of the raging mob the GOP has become.

@chicago bureau: Ireland, like Spain and Greece, also has a problem because they are on the Euro and so can’t just print money to make their debt go away like irresponsible deadbeats we can.

I read “inter alia,” and I started to seize. Gonna give it another shot…

There’s a “biggest busts”-“families large”-Grapes of Wrath joke hidden in there, but it’s not funny.

TJ/ Oh, SAP. Why’d you do it? Why are you lining Larry Ellison’s pockets? Surprisingly, Larry doesn’t have a Dickipedia entry.

U2’s publishing business moved out of Ireland, joining the Stones’ publishing arm there to beat out the Irish taxes on creative work that will increase to 42 percent in January. The band could alternatively funnel the publishing income into a corporation and pay a 12.5 percent corporate tax, but the 5 percent tax on publishing in the Netherlands is a better deal. The band members pay Irish personal income taxes. The DVDs, cds and concert tickets my family bought in the past several months contributed to their $135 million or so income last year. On the other hand, the 360 tour costs $700,000 a day to keep on the road to transport three high tech stages each with an individual crew all over the damn place. I think they are in Oz/NZ now.

Ironically, Bono has been asking the world’s governments including Ireland to increase foreign aid to Africa.

Watching the “free markets and low corporate taxes über alles” crowd justify the Irish clusterfuck is amusing – their model has utterly failed, and so now they’re trotting out the economic equivalent of “no true Scotsman” to explain how their theories are correct, it’s just those dirty liberals messed it up…

What pisses me off about Douthat’s “diagnosis” is that it’s just another variation on the lame “all of America’s problems started when we took prayer out of the schools” argument. It’s an utterly a-historical bit of ad-hoc nonsense that allows you to lay the blame for society’s ills on “liberals” generally without offering any plausible, empirically testable mechanism for your absurd claim.

Douthat is a Roman Catholic, yes? I rest my case. If he is not a Catholic, then I submit that the blankety-blank so-and-so is an authoritarian of some stripe or other. Eve and the serpent are responsible for the whole mess, according to authoritarians. The decisions and actions of men play no part. Again I rest my case.