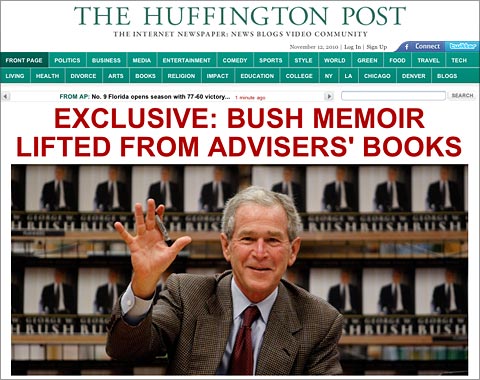 ShowPlug6: instead of Thurber, a different kind of fiction: George W. Bush’s “Decision Points” – 16 “text similarities” to other authors

ShowPlug Supplemental: we’re killing the Bush book segment. I just got a look at the books, other than 1, overlaps are minimal and silly

We were going to do a segment tonight on similarities between George Bush’s new book and the works of others, particularly Bob Woodward’s books. And there are some — one in particular we mentioned at the start of the program.

But only when I saw the actual books, just before air tonight, was it evident that a lot of these so-called “similarities” appear only when some very selective editing is done, either in Bush’s book or the other ones. So the segment is dead. Back instead in a moment with a Thurber story…

That’s odd. Why didn’t Keith call out HuffPo by name on their Very Selective Editing? 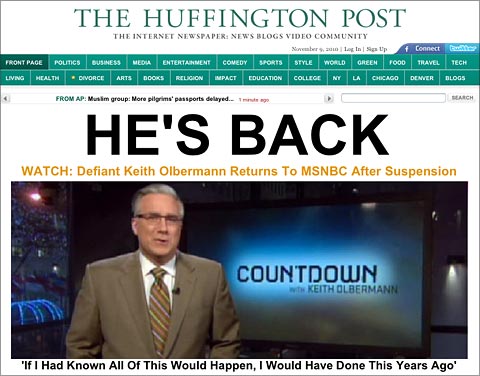 That Bush is lazy isn’t news. That reviewers are ignoring the various confessions to war crimes is news.