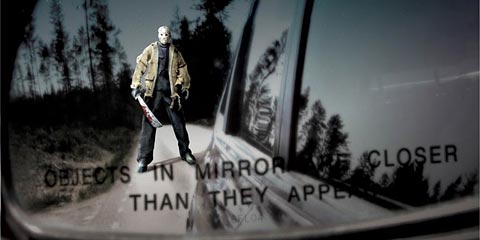 The GOP agenda, charged Obama, is “cutting taxes mostly for millionaires and billionaires… We tried it for eight years. It didn’t work. And so I bring all this up not because I want to re-argue the past. I just don’t want to relive the past.”

Nice line, Mr. President. Wish we had thought of it 22 months ago.

By the way, Mr. President, could you cave to the left just once? KTHXBAI.

What in the fuck has Obama done so far? [via Greenwald]

As if that weren’t bad enough: check out what Paul Krugman has to say about the “Bi-partisan debt Commission Report.”

Shorter version: it is a document whose goal is to find a way to cut entitlements and increase taxes on the middle-class in order to justify increased tax cuts for upper income earners.

And here’s the clincher:

It’s true that the PowerPoint contains nice-looking charts showing deficits falling and debt levels stabilizing. But it becomes clear, once you spend a little time trying to figure out what’s going on, that the main driver of those pretty charts is the assumption that the rate of growth in health-care costs will slow dramatically. And how is this to be achieved? By “establishing a process to regularly evaluate cost growth” and taking “additional steps as needed.” What does that mean? I have no idea.

How the fuck do we get something like this when all three branches of goverbnment are controlled by the Democratic party?

There’s a reason why I am still registered with the Green Party. It’s just a shame the Greens are so goddamned impotent as a result of their hyper Demoratic governing structure.

I am amazed that on shows like morning joe (which is considered pretty middle of the road for cable news) that the wisdom of extending the Bush tax cuts AND the necessity to cut social security and medicaid to lower the debt are being discussed in the same segment with a straight face.

this would not have happened even a couple of years ago.
this feels just like the run up to the Iraq war.
I feel the same total disconnect from reality coming from the village I felt then.

@Serolf Divad: @Capt Howdy: My moment of Zen? On one of the Bush-Lauer clips Jon Stewart showed, Bush took credit for avoiding another Great Depression.

That’s right. The fooking Decider hasn’t spent the last two years out of office trying to figure out how to answer questions about whether he’d do this or that differently. He’s stealing the last remaining thunder from Hopey.

Wait for it. Sociamalism done by the Hahvahd Kenyan, bad, Decision Point use of taxpayer money to rescue capitalism, good.

I feel super-bad about all those “cyrpt keeper” jokes I made about her back during the campaign.

Well, not really, but I should…

Oh, this is fucking brililant. The guy presides over the 8 years of economic conditions that led to the near-collapse of the world economy and he takes credit for shitting his pants and throwing a bunch of money at Wall Street to keep the entire system from melting down all the way.

We should start a Stinque party. Given that this is an absolute dictatorship with me as the object of a cult of personality, I forsee no trouble in taking over complete rule of the country by 2013.

One dollar, one vote.

Nice, that pretty much sums up the U.S. democratic experiment.

@Tommmcatt: Sex God or AVATAR OF SEX?!?!?! You be the judge…: You have my vote. I support mandatory reading of Lou Reed lyrics in the public schools.

It’s the old magic asterisk routine from the Raygun years! Apparently these guys are still taking planning lessons from the underpants gnomes.