Stinque
Home Latest Comments Log in
If it smells, we’re on it.
Stinque
Mastodon: @stinque@mas.to
Teabaggery 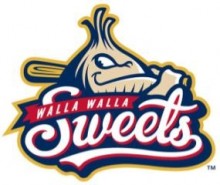 It turns out that the Kentucky Rand Paul supporter who kicked the female Move On protester wasn’t the first old white guy to beat up on a young woman exercising her First Amendment rights. Turns out he was the second one to do so.

On October 15, Victor Phillips, 72, approached a group of five protesters standing outside the Walla Walla campaign offices of GOP senatorial candidate Dino Rossi. The group were wearing bags over their heads. He went up to one woman, aged 23, pulled the bag off of her head, and when she reflexively lifted her arm in self-defense, he hit her with “force,” according to the sheriff’s deputy who witnessed the entire incident and proceeded to arrest him for assault. According to TPM, Phillips told the police that he had wanted to “take a picture” of the woman.