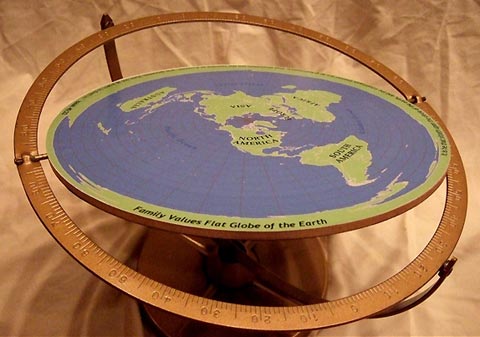 But pay no attention to commie cosmology. We can state with the highest authority that Waste & Void replaced Absolute Nothingness on October 23, 4004 B.C. — and we can cite a highly recommended seventeenth-century source to prove it:

In the 1650s, an Anglican bishop named James Ussher published his “Annals of the World,” subtitled, “The Origin of Time, and Continued to the Beginning of the Emperor Vespasian’s Reign and the Total Destruction and Abolition of the Temple and Commonwealth of the Jews.” First published in Latin, it consisted of more than 1,600 pages.

The book, now published in English for the first time, is a favorite of homeschoolers and those who take ancient history seriously. It’s the history of the world from the Garden of Eden to the fall of Jerusalem in AD 70.

We’ll certainly be buying the new edition for our homeschooled spawn, since, like any God-fearing American, we don’t trust anything written after 1650. Suck on that, Gibbon.

Simple: First Sunday after the equinox. At least before some Papist fucked up our calendars.

The genius physicist stuck in the robot wheelchair with ALS and the funny computer voice? Or the idiots who believe that the Flintstones were real and stick their heads up their asses while screaming “I CAN’T HEAR YOU!!!” when shown actual physical evidence (dinosaurs… continental drift… astrophysics… the speed of light… pictures from Space) which disproves the ignorant fantasies of Babylonians, er, Sumerians, um, Hebrew Shepherds some 2000 years ago?

Yeah, I thought so.

If the Hebrew Shepherds had known about Kenny G, they would have signed up with the Canaanites and neither Judaism, Christianity nor Islam would now exist. Instead, we would be worshiping John Coltrane and the world would be a far better place.

Why why why did Athens have to invade Korea um, Vietnam, um, Iraq, um, Sicily, and enter into a proxy war with Russia, um, China, um, Iran, um, sanity, um, Sparta? We’d all have been so much happier. Personally, I blame the gays. If Socrates had given in to Alcibiades (Who’s your daddy?) and just cuddled a bit instead of going all philosophy on him, Al might not have become an embittered Older Man and managed to keep his ships in port instead of trying to conquer the known world. It’s called overcompensating and it’s not healthy.

And please, for the sake of my sanity and since we are among friends, can we please use CE and BCE instead of AD and BC? Please?

And where can I get one of those globe thingies?

Some 17th century revisionist? Please. There are many fine 15th century books that give the history of the world from “Let there be light” up to Medieval Europe (and do we really want to go past that and run into humanism, the Renaissance, and *shudder* the Enlightenment? I thought not). One I recently catalogued had very helpful timelines in the margins, one for Anno Mundi (year of the world, i.e., BCE), and one for Anno Domini (CE).
@Benedick: I recently brought up the BCE/CE vs. BC/AD question with my boss and was shot down. Sigh.

@Mistress Cynica: I want his number. I will so call him and go rational on his ass. Unless one is the pope there is no excuse for not using CE/BCE nowadays. It can only seem like a deliberate choice, like not using ‘Ms’. or being gay, or aborting one’s child.

@Mistress Cynica: What does BCE and CE stand for?

@Benedick: One no longer reads the NYRB, thus one no longer sees the designation in one’s daily rounds.

Fucking Longhorns, why can’t they work?!?

@karen marie wants to know — Fucking integrity, how does it work?: Thanks.

ETA: McCain’s campaign press secretary didn’t even vote for him.

Timmmmmaaayy!!! Freak on the mound

@SanFranLefty: Heard he “struggled” in relief, but +1 for the Gnats, and the win. Philly’s Phinest reportedly swept the town for D cell batteries after the eighth inning.

@SanFranLefty: Poetic that Howard when down looking, not swinging.

@Nabisco: As did A-Rod yesterday.

@TJ/ Jamie Sommers /TJ: @karen marie wants to know — Fucking integrity, how does it work?: I’ve heard BCE/CE most often as meaning “before current era” and “current era.” Granted, they both still use a point-zero that is significant in Christianity, even if it’s not necessarily accurate…most scholars agree that Jesus was probably born around 5 or 4 BC(E).

@Benedick: Thank goodness we didn’t live back then!

It’s “Before Common Era”- or at least that’s what they said in the islmofacist French gay madrasah where I got my Master’s Degree.