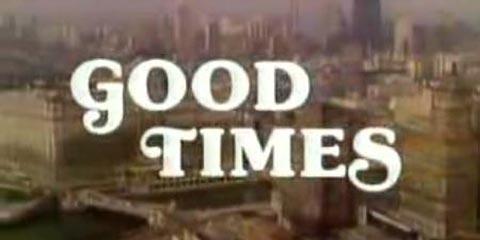 Todd Henderson, a law professor at the University of Chicago, is mad as hell, and he’s not gonna take Obama’s Clinton-level tax proposal anymore:

The rhetoric in Washington about taxes is about millionaires and the super rich, but the relevant dividing line between millionaires and the middle class is pegged at family income of $250,000. (I’m not a math professor, but last time I checked $250,000 is less than $1 million.) That makes me super rich and subject to a big tax hike if the president has his way.

Without getting deep into numbers, let’s just note that Obama advocates letting the top marginal Bush tax cuts expire. This means that all your income up to $250,000 will benefit from the same extended tax breaks as everyone else. It’s only the income above $250,000 that will be taxed at the confiscatory Clinton rates. Say your income is $300,000: Instead of paying $16,500 on that last $50k, you’ll be paying $1,500 more.

Hey, that’s coffee and a croissant, pal, and that’s enough to get the good professor heading for the window:

We pay about $15,000 in property taxes, about half of which goes to fund public education in Chicago. Since we care [about] the education of our three children, this means we also have to pay to send them to private school. My wife has school loans of nearly $250,000 and I do too, although becoming a lawyer is significantly cheaper. We try to invest in our retirement by putting some money in the stock market, something that these days sounds like a patriotic act. Our account isn’t worth much, and is worth a lot less than it used to be.

Like most working Americans, insurance, doctors’ bills, utilities, two cars, daycare, groceries, gasoline, cell phones, and cable TV (no movie channels) round out our monthly expenses. We also have someone who cuts our grass, cleans our house, and watches our new baby so we can both work outside the home. At the end of all this, we have less than a few hundred dollars per month of discretionary income. We occasionally eat out but with a baby sitter, these nights take a toll on our budget. Life in America is wonderful, but expensive.

Man, can we identify: We also have less than a few hundred dollars a month of discretionary income! Honestly, we don’t know how we do it. Although not getting sick helps, since we self-employed types can’t afford private insurance. (We’re sure the professor’s groundskeeper/housekeeper/babykeeper enjoys the same health benefits as a Chicago academic.)

Anyway, the professor’s plight didn’t go unnoticed. A good Samaritan, name of Michael O’Hare, decided to help out with the budgeting. Working backward from the tax amounts and other details given, O’Hare figured that the professor’s household (including the physician missus) was earning a scant $400,000 — and that the house itself cost a mere million dollars. Subtract taxes from that total, as well as the mortgage, two cars, student loans, and…

This leaves about $90,000, a lousy $245 a day, for food, clothes, vacations, cable TV, and like that. You can walk into Nordstrom’s on Upper Michigan and spend that in a minute, and for stuff you really need. Really, I don’t know how these people get by; their adaptive skills, economical habits, and modest living style is an inspiration to all of us. Perhaps they are careful to tip no more than 15% at the Sizzler when they splurge.

Ahem. We loved going out to the Sizzler growing up. Even more than KFC. Although, granted, not as much as pizza.

But no good deed goes unpunished, and after Brad DeLong reposted O’Hare’s fine work, the professor saw fit to respond:

First, let me point out that the point of the post was not to solicit pity. I am rich by most measures, and I feel blessed by all the fortune I’ve had. I’ve worked very hard, but my rewards feel like blessings. My point was simply to suggest how people who Democrats call rich are not just people with yachts, summer houses in the Hamptons, and private jets. Many of the rich are regular people who make ends meet every month with a struggle and don’t have piles of cash or hidden stashes of gold. The super rich are not just trust fund babies…

Our family income is not anything close to $455,000 or the like, and if our taxes go up (something I’m fairly certain will happen if the president has his way), we will have to cut back on our expenses, and this will put small businesses behind. That was my only point. I don’t feel entitled to anything. I am not as spoiled a brat as people seem to believe.

Well, now we feel bad for the unpleasant thoughts we were harboring. Unlike the professor, we don’t really struggle to make ends meet. We just don’t spend anything. We didn’t realize we had it so good.

Actually, we’re lying: We did. We love our life. We chose it. Thank god we didn’t choose a life with seven or eight times the income, or we’d be fucked.

But Brad DeLong — himself an Econ prof at UC Berkeley, just so you know he’s not a class warrior — is, unlike us, unrepentant:

Professor Henderson’s problem is that he thinks that he ought to be able to pay off student loans, contribute to retirement savings vehicles, build equity, drive new cars, live in a big expensive house, send his children to private school, and still have plenty of cash at the end of the month for the $200 restaurant meals, the $1000 a night resort hotel rooms, and the $75,000 automobiles. And even half a million dollars a year cannot buy you all of that.

Whew. That’s enough to make us step outside the faculty club for a smoke.

But we think we understand what’s going on here: Even in America, even earning more than $250,000, you still have to live within your means, and that’s a bummer. A quarter-million may make you rich, but it won’t make you wealthy.

Then again, we’re always compelled to quote Penn Jillette at moments like this: Freedom is low overhead.

A gardener? A house cleaner? Mr Econ is right.

I agree. In my experience, the really miserable anti-tax types are usually math/budget/reality challenged and spend way beyond their means.

Much like Fed Prisoner #35234004, Connie Black ex lord of puff’n stuff. The dude was rich, but he was a “mere” hundred millionaire not the billionaire he thought he was. Much like approx 75% of all lottery winners who end up in worse financial shape (or bankrupt) after 7 years.

Mr. Henderson’s case really is emblematic of American consumer culture, isn’t it? All his post proves, basically, is that it doesn’t matter how much money a guy makes, he’ll find a way to spend every last penny, every month, and thus, feel poor at the end.

No one making $450,000 should feel poor, but of course, if you’ve got to live in a McMansion in a posh neighborhood, if you’ve got to drive fancy cars, send your kids to the best private schools and have three additional people working for you so you can leave housework, lawn care and child care to others, then yes, you’re going to feel strapped.

@Benedick Arnuldsson Manpants: I’m sure the poverty-stricken professor only watches Faux Nooz on his 19″ b&w TV.

Apparently the good prof thinks someone with a net worth of one million dollars (AKA a millionaire) is pulling in a sweet 25% annual return on the investment of every penny of assets. I think Prof Henderson needs to take a couple of finance courses so he can stop making a fool of himself. Oh wait, that would surely bust the budget to take college courses.

I’m sure Todd spends his leisure time ranting about how the poor are poor because they made bad choices. Apparently, so did he.

Can I haz 90 grand a year in walking-around money? I promise not to complain…

Do you commie fucks know what it costs for a ticket to a human sacrifice? Or for a dwarf toss for your kids’ birthday party? Do you have any fucking idea? The fucking dwarfs have fucking unionized. Assholes. County’s going to hell in a handbasket and everyone thinks it can be fixed by taxing a pathetic struggling wretch like me. Fuck you all.

Would you really want that arm back?

If you were a Republican, yes…

@FlyingChainSaw: And then there’s the need to spend the same amount on each kid’s birthday party, so that’s three dwarf tosses to budget for. [by the way, is it just one dwarf per party or does one hire a troupe?]

@Plop-Plop, Fizz-Fizz, Tommmcatt A Relief He Is!: Right, Republicans would be bidding on the chance to lick your arm before a family values speech. Christine O’Donnell would beg to dry hump in one of those bizarre satanic rituals she is into.

@lynnlightfoot: It depends on the number of kids that are invited. If it’s a real mob you will need more than one because, get this, the fucking dwarf union has a cap on the number of tosses per hour and per event. People have no idea the stalinist nightmare that the working class endures in this country.